Skip to content
Home » Ten Most Anticipated Albums of 2013 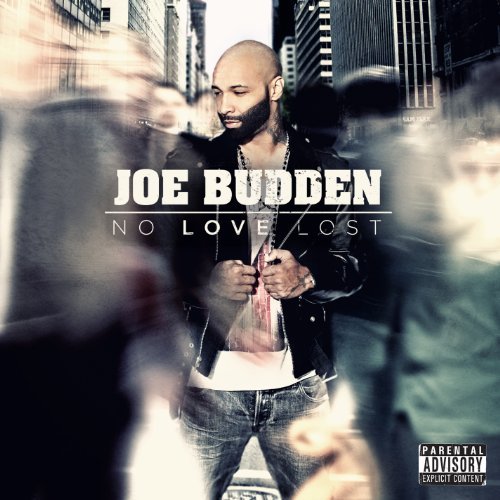 I decided to prolong this list just a little longer than usual this year, in an effort to be as accurate as possible. The last couple of years the list was plagued with albums that were never released, for one reason or another, I have no doubt this will be the case with at least one album this year, but the goal is to limit that. Some of the usual suspects appear, Ross, Wayne, etc., but there are also some new names and all new projects. Who own’s the most anticipated album?  Check out the complete list here…

Almost made it:
J. Cole – Born Sinner
Missy Elliott – The Block Party
Wale – The Album About Nothing
Future – Future Hendrix

10. Rick Ross – Mastermind
Almost surprisingly Rozay has already announced his new album, simply titled, Mastermind. The project is timely, considering the disappointment that was, God Forgives, I Don’t. Though he’s still releasing new visuals for the former project, he just released the first single off Mastermind titled, “Box Chevy.” It remains to be seen whether he reverts back to the type of music that provided early success or whether he’ll give us more of the God Forgives, I Don’t stuff.

9.  Fabolous – Loso’s Way II: Rise To Power
Can you ever really count Fabolous out? Release after release he finds a way to breathe new life into his career. Considering he has one of the the longest consistent tenures of any rapper from Brooklyn, Jay-Z excluded, Fab knows what it takes to stay on the top shelf. Don’t know what to expect in terms of album caliber, but we can always expect a couple of smash singles. If it’s anything close to his last couple of mixtape releases, the streets will have no choice but to clamor for it.

8.  Eve – Lip Lock, May 14th
The female Ruff Ryder aka The Blonde Bombshell has returned, sans nickname, to bring back a true female lyricist in Hip-Hop? Be wary, since Lip Lock will be her first album since 2002! So the hope here is that she still has it—the successful returns of Missy Elliott, Lil’ Kim, Shawnna and maybe even Remy Ma may depend on it. The album’s first single, “She Bad Bad” is slowly creating a buzz, but we’ll see if she can generate anything close to the type of hype she’s used to.  The industry has changed so much, and so has her fan base.

7.  French Montana – Excuse My French
Montana has surely created quite the buzz around himself since releasing his first single, “Choppa Down.” With the Bad Boy co-sign and MMG supporting him 100% he’s got everything in place for a successful debut album this Spring/Summer. The first official single, “Pop That” found a lot more success than it’s follow-up, “Marble Floors,” but his upcoming single with Nicki Minaj may be just what the doctor ordered. If the track, titled, “Freaks” can find even moderate success, Montana will be okay.

6.  Big Sean – Hall of Fame : Memoirs of a Detroit Player
Big Sean had a great year in 2012, becoming one of the most improved rappers from the year before.  Assuming the G.O.O.D. Music compilation, Cruel Winter does not drop this year, Big Sean will still be one of the biggest guaranteed releases out the collective. With the song, “Clique” still buzzing and Hall of Fame’s first single, “Guap,” garnering steady play, Sean is really one big hit away from a really big release in 2013.

5.  Pusha T – My Name Is My Name
His mixtape, Fear of God helped start thing off, while the compilation Cruel Summer helped define his audience. Now with an increase in feature appearances he’s becoming one of the go-to guys in Hip-Hop. With the newly released mixtape Wrath of Caine, Pusha enters into full promo mode for My Name Is My Name. Truthfully, there’s just no way this album disappoints, Pusha has too much to lose. Only time will tell how good it is, but it’s always good to have some music to legitimately look forward to.

4.  Lil’ Wayne – I’m Not a Human Being part 2, February 19th
Not sure what’s going on with Weezy to start the year, but there’s so much music being released while there appears to be so little fan excitement. Things will likely change when an official announcement about the album is made and an official single is released. Hopefully for Wayne’s sake that all happens soon because at this point many are starting to wonder when probation is up–sober Wayne isn’t quite right.  But never fear, “we gone be aight if we put Drake on every hook!”

3.  Joe Budden – No Love Lost, February 5th
A few years ago who would’ve thought Joe Budden would be one of the most exciting rappers to watch for in any upcoming year? With the success of Slaughterhouse and their most recent album, along with Budden’s latest mixtape, A Loose Quarter, many are now seeing what true fans have known about Joe since his debut album in 2003. With the Love & Hip-Hop audience he might be able to finally break into a larger female target market.  If nothing else, he’ll get free album promo. With an opportunity to make almost a second impression Budden should have some of his best material on this project. He has to.

2.  Justin Timberlake – The 20/20 Experience, March 19th
First album in 6 years, the buzz has already been created. The first single, “Suit & Tie” is pretty much what we’re used to from Timberlake, but adding Jay-Z is a good way to stay on the radio for months to come. His task here is simple, don’t change the formula up too much and remind people what they’ve been missing. If Timbaland is around it will live up to the hype.

1.  Beyonce – TBD, April
This list wasn’t fair to begin with, as Bey was the popular choice once people heard she was dropping something new. With a performance at the Inauguration, a GQ magazine cover, an HBO documentary, a new Destiny’s Child single AND a Super Bowl performance that most people are already predicting will be the one of the greatest ever, Beyonce is going for total domination in 2013. There hasn’t even been a single announcement but at this point it can be a four-track EP and it will still be the most anticipated project of the year.