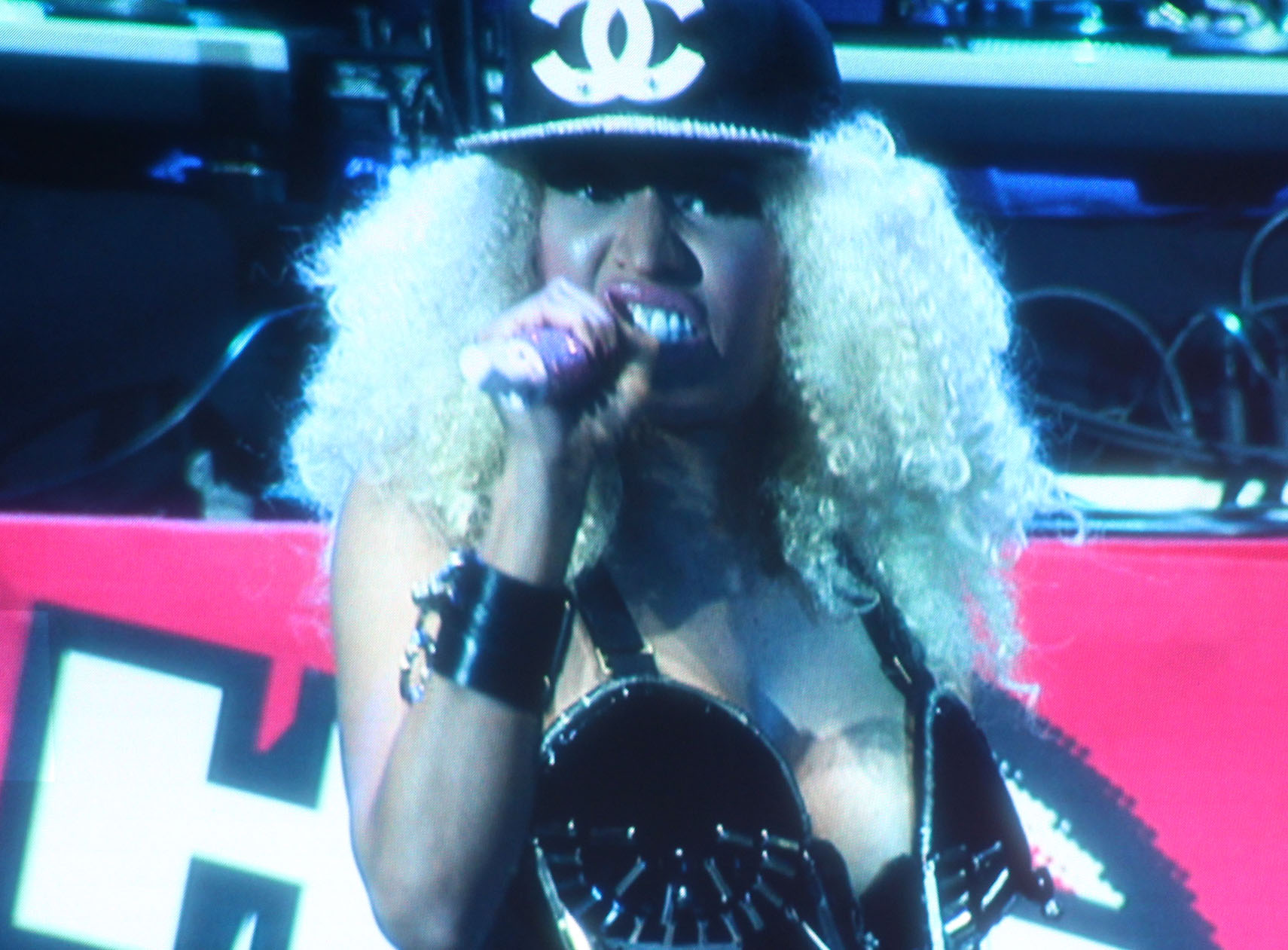 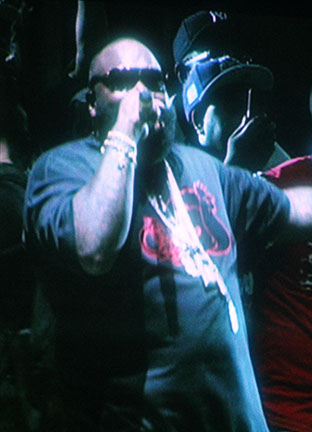 In recent years Hot 97’s Summer Jam has become as much about the featured acts as the special guest appearances. Summer Jam XX was no different. With artists representing just about every coast and various crews/labels of the industry, there were sure to be lots of surprise cameos. They didn’t disappoint either. While some acts were expected, others were actual surprises, and one in particular really left people scratching their heads. Here’s a look at some images of the special guest appearances of the night.

Joell Ortiz was the first special guest of the night, joining Joe Budden so half of Slaughterhouse could open the show.  With Summer Jam 2013 starting on time, many people missed the performance as Metlife Stadium was still half-empty by the Ortiz joined Budden. 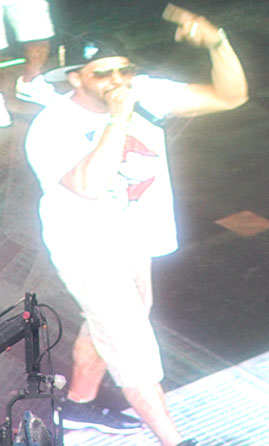 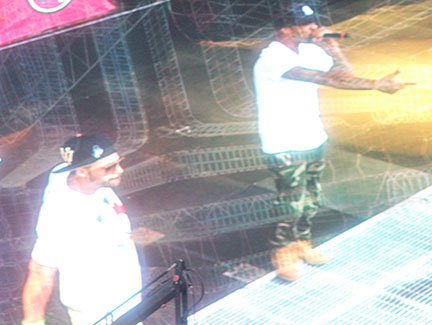 As the stadium continued to fill up, Miguel rocked the stage with one of the best performances of the night.  Part of that included bring out Roc Nation representative J Cole for a performance of his hit single, “Power Trip.” 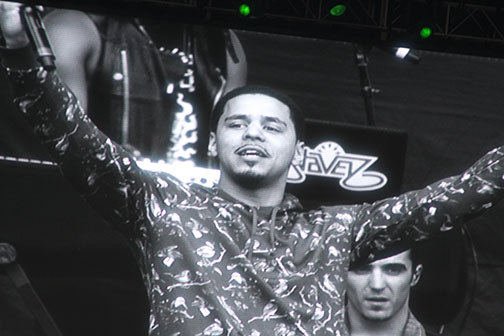 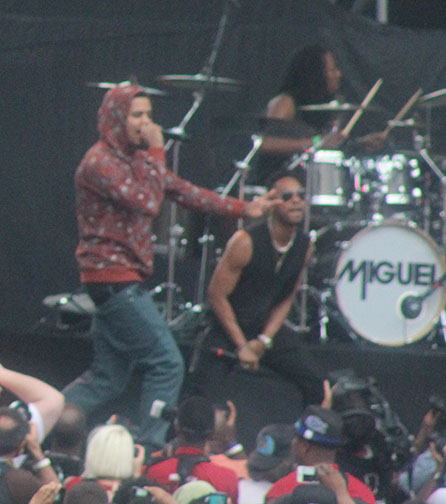 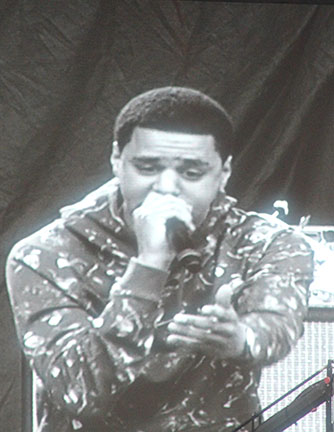 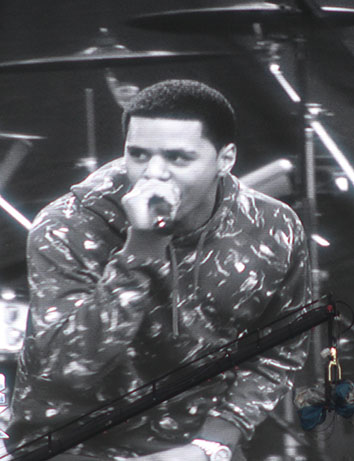 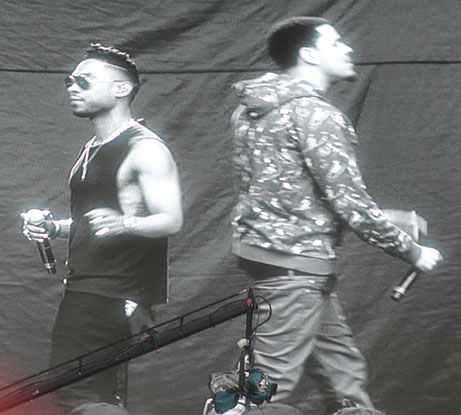 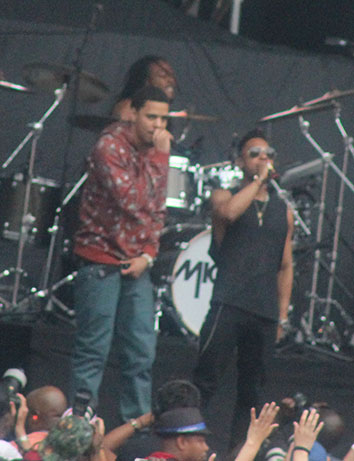 Miguel wasn’t done there though, he followed it up with a performance of his duet “Beautiful” accompanied by the lovely, Mariah Carey. 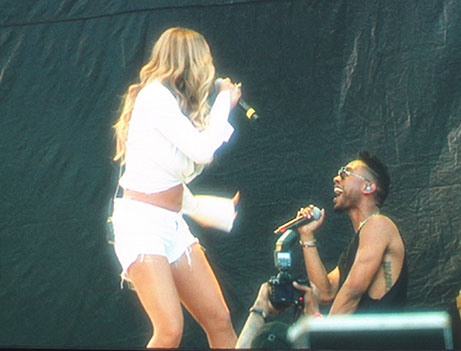 The show didn’t really hit full gear until MMG’s Meek Mill made his appearance as part of Wale’s set.  While Wale appeared to be visibly tired, Meek was a ball of energy, running through hits like, “I’ma Boss,” “House Party” and his new single “Levels.”  Mill might as well have been on the bill because he did as many tracks as Wale and he appeared a bit later in the show as well alongside Fabolous to perform “You Don’t Know.” 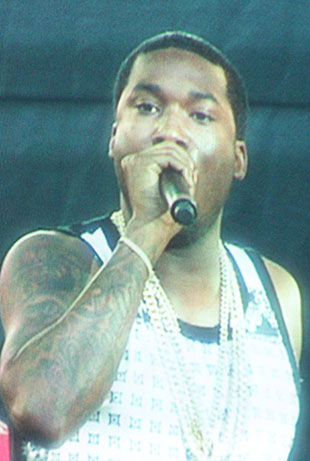 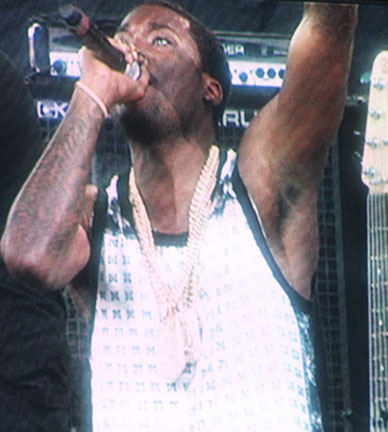 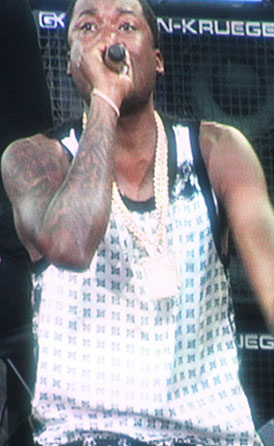 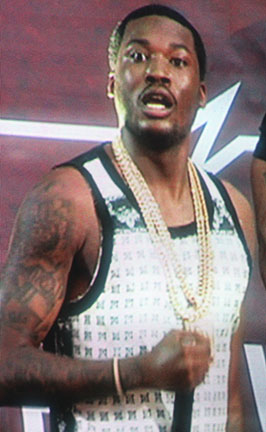