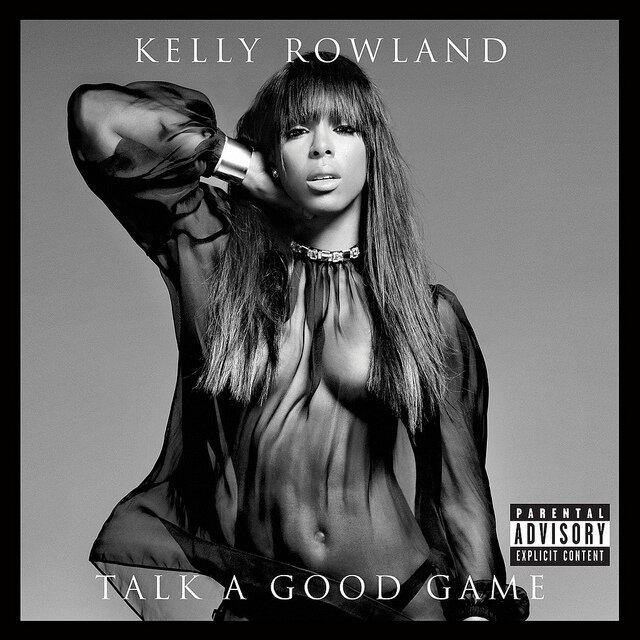 Kelly Rowland’s fourth album is her best work to date. While her first three albums were sprinkled with hit records and emotional ballads, her newest project, Talk A Good Game is sort of a best of all of her styles. Maybe its the benefit of having put in all these years of work and experience, maybe it’s because she enlisted a crew of expert producers and songwriters including The Dream, Harmony Samuels, Rico Love, Pharell, and Kevin Cossom. Whatever the reason, Kelly Rowland fans will be pleased by the 12 track set and in for a thrill with the deluxe edition.

The album does begin on a confusing note, with the song “Freak.” The song is a remake of a Jamie Foxx song of the same name that was released on his Best Night of My Life album. The words/production are exactly identical to the Foxx version and its a bit confusing as to why she would decide to open the album with the number, considering his album is just a couple years old. The only time I’ve seen this before was when R. Kelly and Joe both released the song “More and More” back in 2003. Thankfully Rowland gets this out the way early and the focus can return to new material pretty quickly.

The first single “Kisses Down Low” comes next, a playful track, similar to what you’d expect from Keri Hilson. Its fun and the type of sexy you’ve come to expect from Kelly Rowland. The next track is “Gone” featuring Wiz Khalifa. Its hook plays on Joni Mitchell’s “Big Yellow Taxi,” but its a decent spin on a break-up song. The title track, “Talk A Good Game” comes next. I could do without the Kevin Cossom rap, but its still a good record

The album takes an upswing from good to great starting with track five, “Down On Love.” Kelly taps into the feelings of every single person to express her disappointment in love. The songs get increasingly appealing from here, with “Dirty Laundry,” Kelly’s coming out party, albeit a somber tune, and “You Changed,” featuring Beyonce and Michelle coming in next. The album’s arrangement is thorough and well thought out, even as a Rowland fan I’m impressed.

The album continues with a round-up of ballads, until track 11, where we meet Pusha T on “Street Life.” It’s a bit out of place at this point of the album but its another fun upbeat track. If you have the Deluxe version it’s placement doesn’t stand out so much because there’s another handful of ballads to come, so its actually a decent break.

Kelly Rowland may not garner the types of awards her female counterparts do, and maybe not even the appeal in the states, but her music still knocks. Any lover of R & B would be hard pressed not to show their love for this project if they would just sit down and give it a fair shake. She’s earned it.