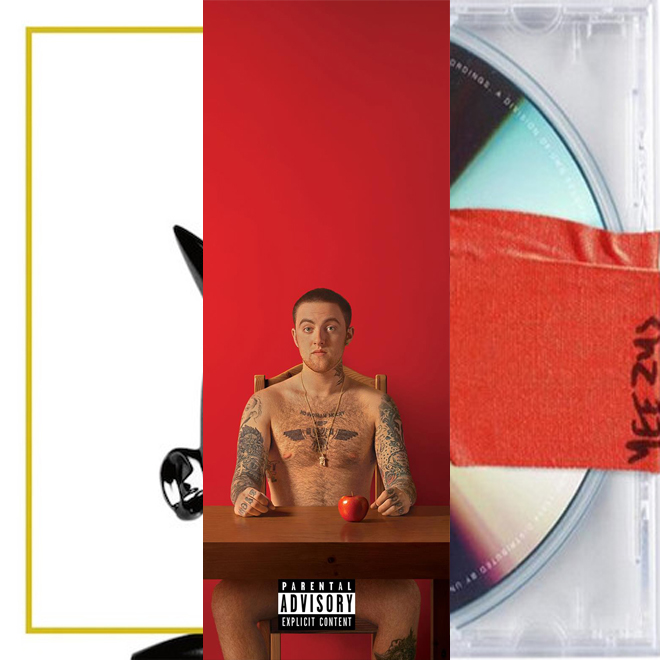 If anyone would’ve told a lover of the Hip-Hop genre such as myself that there was anyway the Summer of 2012 could be topped by the Summer of 2013, I most likely would’ve been a non-believer. Contraire to my past belief these upcoming months might quite possibly be the new beginning of a Golden Age. When the Golden Age is spoken of it usually references the mid to late 90’s when rappers such as Public Enemy, Big Daddy Kane and RUN D.M.C had Hip-Hop in a chokehold. As we fast forward the game as they knew it has changed dramatically. From fashion to flows Hip-Hop has had a complete makeover from it’s Golden Age. However, one thing has remained the same, the love of competition. What Hip-Hop in its entirety is built on, its foundation one might say.

In the summer of 2012 Hip-Hop lovers had one to remember. As the industry witnessed the battle between Lil’ Wayne, The Throne and Game to be the king of the summer with their highly anticipated album releases. Exactly twelve months later Hip-Hop fans watch the battle for the king of the summer once again. Unlike last year’s battle of the MC’s all three of these Hip-Hop heavyweights are dropping their highly anticipated albums on the same day. One veteran, One rapper going into his second major label album and one independent artist who has drawn tons of comparisons to Eminem during his time in the industry thus far. Who will capture the throne of  “Hip-Hop King Of The Summer?” Lets see..

The King Of Controversy, Kanye West is in the ear of fans everywhere once again. This time it’s with an album that had no radio single, no real promotion and no formal announcement of it’s release. Titled Yeezus the ten track album is equipped with everything that a traditional Hip-Hop album released in 2013 wouldn’t have.  On a track performed on Saturday Night Live titled “I Am A God” Kanye is shaking the tree up again. Letting fans know via Twitter “June Eighteenth” would be the day we would all witness the creative collection Mr.West himself has prepared. With Brash Beats and revolutionary messages Kanye West embodies the definition of creating music that many others can create. Only Mr.West can feature Chicago’s own Chief Keef (voice cameo on Hold My Liquor) and make it sound both elegant and brash at the exact same time.

Perhaps the albums most talked about song is another SNL performed track titled, “New Slaves.” Speaking on slavery, segregation and the black race in its entirety behind a hard bass driven beat. Through nine songs verses we hear a Kanye West that any follower or fan of this Hip-Hop heavyweight can only listen to in amazement. Finishing the album off with a vintage Ye type track titled “Bound 2.” With a soul beat that is accompanied by the silky vocals of Charlie Wilson. Through the grapevine many have heard Yeezus was not as good as the other Kanye West albums or not nearly as good as the albums Mr.West is in competition with. However, I have to disagree. With anything that’s a tad bit different than what’s typical or easiest you’ll get some form of dissatisfaction. Yeezus forces listeners to get used to an entire different style. One that is controversial, brash and rebellious. Yeezus in it’s entirety poses a barrier that only the creatively strong might be able to break through. Challenging the music industry to convert it’s “Molly Music” to “New Slaves,” which in this day and age is a very courageous move for an emcee with no radio single. The road to capturing the “Hip-Hop King Of The Summer” throne might be very hard for the others that follow Kanye West’’s Yeezus masterpiece.

Mac Miller, a Pittsburgh bred emcee that independently took 6.5 million dollars to the bank last year. Safe to say Mac Miller knows exactly what he’s doing. The Rostrum Records artist is easily the most forgotten popular artist around town. With 3.7 million twitter followers you would think that he would be a household name at this point. However to most, Mac Miller is just another white boy rapper but to enough he is a serious competitor in the Hip-Hop battlefield His sometimes goofy and joke filled personality might have a thing or two to do with the fact that enough people don’t respect the artistry of Mr. Miller. Not to mention a MTV2 Series titled, Mac Miller and the Most Dope Family that only adds to the “I can’t take him serious” conversation.

Watching Movies With The Sound Off is the title of the long awaited album from Mac. Similar to Mr.West this album isn’t led with a heavy rotation radio single. It’s led by the extreme hustle instilled in Mac Miller. The Underground music scene has seen Mr. Miller grow into a better emcee song after song. His growth and maturity shows an immeasurable amount on Watching Movies With The Sounds Off.  Producers include the legendary Pharrell Williams, The Alchemist and Odd Future’s Tyler The Creator and Earl Sweatshirt. The album kicks off with a four minute and thirty-five second amazing track titled “The Star Room,” which unknowingly sets the mood for the entire album. Slowly paced and highly produced tracklist Watching Movies With The Sound Off has unlike most independent albums, there aren’t any unfinished tracks or any songs that need tweaking. This is a collection of greatness. Verses that define cleverness, variety and intelligence. Touching on topics such as family, weed and sex, sounds pretty typical but Mac’s delivery makes each track both relaxing and an experience. Many favor a track produced by “I.D Labs” and “J.Hill” titled, “Someone Like You, which does something Mac very rarely does, which is speak on love and sex to this degree, while providing listeners with a kaleidoscope to Miller’s thoughts on love and woman and a long term relationship. All in all Watching Movies With The Sound Off is easily the best body of work Mac Miller has released thus far. Equating relaxation music, unbelievable emceeing and an all around great album. Also not traditional but yet and still a great imprint on the brand that is Mac Miller.

“The Chosen One” Roc Nation’s own J Cole has came a long way since his Friday Night Lights mixtape which propelled J Cole to a level his own record label couldn’t even control. Following great radio songs such as “In The Morning” featuring YMCMB’s Drake and “Work Out,” which to this day is J Cole’s most successful single. With over 44 million views on YouTube it’s safe to say that single choice worked out. Then came Cole World: The Sidleline Story, which earned Cole a Grammy nomination, a Gold album plaque and the respect of a great deal of artists in the industry. Over the past two years Cole has been working on production and his flow in it’s entirety for his highly anticipated album Born Sinner. Led by radio single titled “Power Trip” featuring Miguel which is arguably the worst song on the album in comparison to the gems on the album that is Born Sinner. A twenty-one song album that is best defined as CLASSIC. Witty verses that are accompanied by beats produced by J Cole himself. Having done production on every tack besides the two interludes on the albums J Cole definitely expressed his love for creating his own music from scratch. With an album that has twenty-one songs one may think that there are songs that are similar, however this is not the case. Each and every song has been cultivated to an esteem that only J Cole can create music at. The North Carolina born rapper didn’t result to “Poppin Molly’s”  or party records as most artists do to sell records, instead he turned to making tracks such as “Let Nas Down,” which ironically is a reminder of a track titled “U.B.R” by Nas himself  and “Born Sinner” which features singer/songwriter James Fauntleroy. With music like this J Cole will at some point be Hip-Hop’s best rapper or artist overall. Every track is packed with soul, wit and amazement. Uttering lyrics about the dichotomy of a man in love with both his woman and money on a track titled, “Runaway.” While we also catch him flossing and reflecting on the superficial purchases he made over the years on a track titled “Chaining Day.”

One of the fan favorites is a song titled “Forbidden Fruits” where Cole provides a lyrical assassin. Using fruit as well as Adam and Eve as an analogy to speak on HOT 97’s Mister Cee, sex and him solidifying himself in the game as Kendrick Lamar sings the chorus. Born Sinner is nothing short of what most Hip-Hop fans enjoy, a classic album. One that has the flossy and superficial songs as well as tracks that challenge your mind and the music industry as a whole. Grabbing the Hip-Hop industry and turning into a Cole Summer. Born Sinner is J Cole’s greatest collection of music and is arguably the best album of the three dropped on June Eighteenth. J Cole’s improvement with production and wordplay in unmatched.  Born Sinner will make non-believers flock to stores nationwide to get their copy of an album that is pure greatness. J Cole has the Hip-Hop bowing down to the lyrical greatness that is Born Sinner.

Kanye West, Mac Miller and J Cole have all given the industry something to not only purchase but converse, argue and debate about. Which makes for an outstanding experience during these polluted Hip-Hop times. In an era where “Young Chop” produces every song on radio and every rapper sounds like “Meek Mill” or “Ace Hood.” Challenging the industry to embrace this new wave of creativity, Yeezus, Watching Movies With The Sound Off and Born Sinner  have all collectivity pushed the envelope and had a creative impact on Hip-Hop with only a few days into the week that they were all released. Minus sales and ratings each album has in its own way are amazing bodies of work. Another classic summer for Hip Hop. Another great battle between three emcees that love the game equally as much as the other does. Still the question remains, who has the crown of “Hip-Hop King Of The Summer”? Who will we crown as the leader of The New Golden Age of Hip Hop?

Time will tell. With albums like the three respective artists named above in the ear of almost everyone walking, driving or exercising, this summer is becoming a beginning of a new Golden Age that us as fans will sit and stare in amazement. With two big releases coming soon from both Wale and Jay-Z. This summer is on a mission to destroy the iconic summers Hip-Hop has had over the years. Summer 2013 is now deemed the beginning of “The New Golden Age.”