Skip to content
Home » HOW TO COPE WITH…TYLER, THE CREATOR 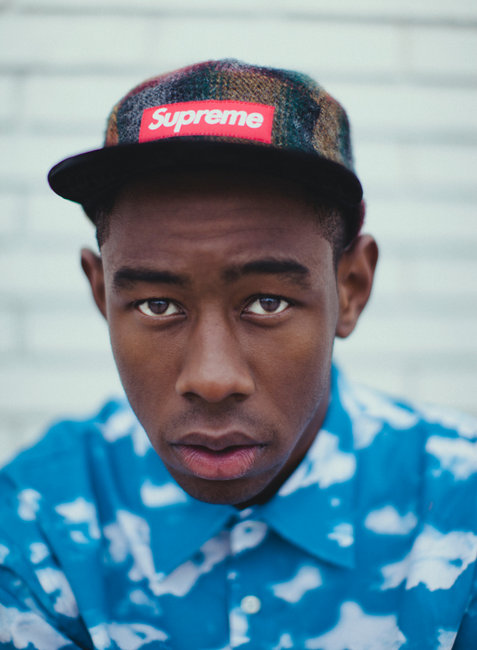 When I say Tyler, The Creator in this article I am also speaking of Odd Future (OFWGKTA), which includes Hodgy Beats, Left Brain, Earl Sweatshirt, Domo Genesis, Mike G, Frank Ocean, Syd Tha Kyd, Matt Martians, Hal Williams, Jasper Dolphins, Taco, Lucas Vercetti and L-Boy. This will also include the multiple groups in this collective: MellowHype, The Internet, The Jet Age Of Tomorrow, EarlWolf and MellowHigh. Ok, now that I’ve gotten all the formalities out of the way I can begin with the article.

I think his Tyler’s music is ok, I even listen to it on occasion, I wouldn’t put him on any top ten lyricist list but his music is mostly mellow, campy and a bit dark at times. Many Hip-Hop heads may say that the brand of “Hip-Hop/Rap” that Tyler and his brand offer is ruining the state of music.  In my opinion, yes and no to an extent. Does it even compare to greats like Nas, Jay-Z, 2 pac, Biggie or Pun? Not even close, but as the times go on and genres of music change and evolve, the brand of Tyler and his gang of misfits are the voice of this current generation, which I will explain later.

There are two main things I like about their music: the first is that it makes me feel like I could make it as a rapper. I am not a rapper at all.  Like many people I joke around and throw some freestyles at an instrumental beat with friends when we’ve all been drinking, but I wouldn’t try to make a record with any of that. This isn’t to belittle any of the hard work Tyler and his posse have put into their music even though it doesn’t sound like much work went into it at times. I’m not even sure how any of these people got to where they are now or how they became famous.

The second reason I like their music is because of what they represent. I may be stretching a little with this analogy but please follow me.  Tyler and his crew are representatives of this new generation of kids who feel apathetic and lonely. They might not have joined gangs or dealt drugs but their battles range from existential crisis to racial conflictions.  For example, when I was growing up it was very rare you would see a Black kid on a skateboard in my neighborhood. The assumption that it was mainly for white kids left many kids like me discouraged to even try it. I mainly listened to rock and alternative music growing up, I would cover my ears whenever Hip-Hop/Rap music came on. It wasn’t until I got to high school that I started to appreciate Hip-Hop/Rap.

I am NOT trying to compare Tyler and the crew to great philosophers like Kierkegaard, Nietzsche or Kafka but in this over diagnosed social media crazed society we live in nowadays songs of theirs like “Pigs,” “Radicals” and “Party Isn’t Over/Campfire/Bimmer” have expressed the diverse ideals. Unfortunately, Tyler’s music has been labeled as misogynistic, chauvinistic, and homophobic but so have a lot of rappers’ music. Many people can’t get passed the language to hear the points. Think early Eminem. Not all his songs are thought provoking nonetheless, the ones that are do tend to speak out, if you can read between the lines. Not many people can so I don’t blame you.

It has been said that this generation has it easy, the technology and advancements (social, medical and science) have made things a lot easier today than they were back in their parents and/or grandparents days. These kids have been told that they have it so easy and everything has pretty much already been done for them that they feel no need to do anything for themselves. It’s this feeling of apathy that has the newer generations searching for ways to identify themselves with. So they’re over diagnosed with social illness because they choose to think differently. Going against contrived social/racial norms doesn’t make a person a weirdo which is what Tyler’s mucis is trying to convey. 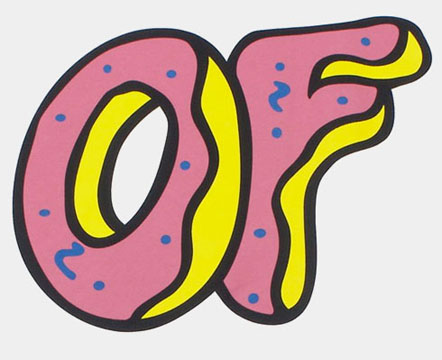 We’re evloving as a society and Tyler’s crew leads the march into the new era of social misfits. Depending on your generation, you may see Tyler as a savior or a curse. I’m old enough to appreciate the older hip-hop but I am young enough to see why Tyler is successful.

Artists like Childish Gambino, Kid Cudi and Drake have touched on diverse topics that have detoured from the mainstream sex, drugs and violence route that many Hip-Hop/Rap artists chose to go.