New Yorkers know, just being here prepares you for everything the world has to offer. For entertainers that is true double time. Washington Heights bred, Dominican actress, Suveria Mota discovered acting was her passion in high school and she continued to pursue her dream through pursuing her degree at Lehman College in the Bronx. After she got her degree she made the move to Hollywood where things really began to take off. Now with a few roles under her belt and some soon to be released projects, Mota is a talent to look forward to. We got a chance to speak with the actress about what finding success is like for a Latina in Hollywood, the importance of education and what’s next for her. Discover the next big name below.

Parlé Magazine:  What’s the first role you remember playing?
Suveria Mota:  When I was in high school, I took part in a theater play. The character was “Victoria.” I remember vividly playing this role, since it was my first time memorizing lines, rehearsing, and then seeing it all come through. After the play, even days later, random school mates and teachers were coming up to me telling me how good I was. It made me realize that acting was really my passion.

Parlé:  As a child watching television, was there anyone who you aspired to be or be like?
Suveria Mota: The first actress was Vivien Leigh. I have always loved her in Gone with the Wind. Later on I looked up to a lady named, Maria Montez. She was the first Dominican to make it in Hollywood. Others too include, Rita Moreno, Jennifer Lopez, Eva Mendes, Sofia Vergara, Penelope Cruz, Rosie Perez, Zoe Saldaña. As you can see, all Latina. 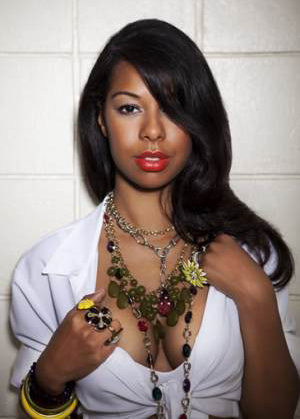 Parlé:  How did growing up in NYC help your career?
Suveria Mota: Growing up in NYC helped me tremendously. Growing up there I didn’t realize that my skin was getting tougher, that my senses were so in tune, that I was very street smart. I moved here to Los Angeles on my own, not knowing anyone. New York City taught me to be fearless. I go into every audition or any project very sure of myself.

Parlé:  You attended Lehman College, what did you study? And entering school where did you foresee yourself post graduation?
Suveria Mota: I studied Speech Pathology and Audiology. As a daughter of immigrant parents who went to college I was expected to do the same. I love the field and helping others, however, I knew that acting was my ultimate life goal. I attended castings, and did acting and modeling work during that time.

Parlé:  What led to the move to Hollywood?
Suveria Mota: I wanted to move right after high school, but decided to go to college first. Moving to Hollywood was always my number one goal. Right after graduation, I packed my bags and headed west.

Parlé:  What has been the hardest obstacle thus far in being taken as a serious actress?
Suveria Mota: Honestly, for me none. Anyone that has come across me has seen how determined and dedicated I am. I know that God will help you, if you put in the work.

Parlé:  Oftentimes in minority communities parents can be the biggest doubters of acting careers, recently saw John Leguizamo’s one man show where he discusses his father disowning him for his career choice. What were your parents reaction?
Suveria Mota: My parents love that I’m following my dreams. They are the first to show people all of my accomplishments. My mom wishes that I had stayed in NYC, but she knows that Hollywood is where I need to be at now.

Parlé:  Tell me about your character in your upcoming project, What Would You Do For Love?
Suveria Mota: I played “Raquel” a sassy funny Latina, who was always trying to seduce her boss. The character was very fun to play, since the director encouraged me to improvise a few times. The movie is very uplifting, with a great message at the end.

Parlé:  How’d you get involved with that?
Suveria Mota: I participated in a play in L.A, and one of the producers saw me. A few months later I received a phone call asking me if I’d be interested in the role. I read the script, auditioned for it, and got the part.

Parlé:  You have two new films coming out later this year, tell me about those.
Suveria Mota: One is Angel Investors where I play “Gina,” a very funny street worker. It was very fun to shoot the scenes, as it was a high paced comedy. The second is Nocturnal Reflections where I play “Karla.” This film, is an avant garde film. It has a bunch of vignetes of diffent characters doing all sorts of crazy things with music in the background. I played a character doing drugs, with rollers in my hair, bright lipstick, all while talking on the phone. Pretty crazy. This movie, will probably be played at bars and events.

Parlé:  When do you anticipate the release of those?
Suveria Mota: I’m not sure about Nocturnal Reflections but Angel Investors should be coming out in theaters later this year.

Parlé:  You’ve worked with a few big names at this point. What’s the biggest lesson you’ve learned thus far?
Suveria Mota: From being on set in front and behind the cameras, I’ve learned so much. I have learned to be on time, to know your lines, to be humble and gracious to everyone (we should always be anyway) as you don’t know who might be your boss tomorrow, and to have fun. To enjoy the moment as much as you can.

Parlé:  Name a misconception about yourself or about Latina actresses that you feel you’re constantly facing?
Suveria Mota: That we are always sexy. I get it, I guess, but it’s a bit annoying when everyone expects you to be a sex kitten all the time. Latinas have our off days too. (Laughs)

Parlé:  What’s something you hope to bring to the industry that sets you apart from others?
Suveria Mota: I want to be the Latina with sex appeal, that can wear turtle neck outfits and deliver tear jerking performances with an accent, and drive the academy to their feet. I think that sadly, the roles offered at this point, are either the funny Latina, or the crazy, loud, gum chewing one.

Parlé:  Where do you see yourself in 5 years?
Suveria Mota: In five years, I hope to be on a recurring role on a TV show and having starred in a blockbuster film. I would also love to have my own perfume line, as I love them so much. Finally, to do a lot more charity work.

Parlé:  What advice do you have for upcoming actors and actresses?
Suveria Mota: My advice is to never give up. To really follow your dreams. I had “friends,” who told me all sort of things when I told them I was moving to Hollywood, and now they say to me, “I’m happy for you, glad you went for it.” I would also tell them not to be afraid. If a Dominican girl from Washington Heights was able to make the move and follow her dreams, trust me, anyone can do the same.

Parlé:  Any final words you want to put out there?
Suveria Mota:  Thank you soooo much, for the interview. I am very appreciative that Parlé Magazine took the time to interview me. If anyone wants to follow me on social media, they can do so by looking me up at Suveria Mota.