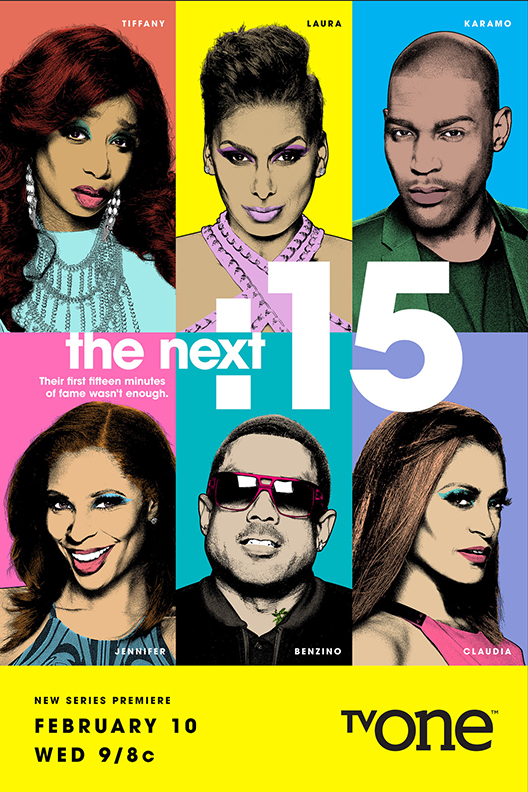 Everybody wants to be a star in Hollywood. And now thanks to TV One’s latest reality series, some of your favorite former celebrities are getting the chance to regain their spots on top as the cast of The Next 15.

Tiffany “New York” Pollard, Claudia Jordan, Jennifer Williams, Karamo Brown, Laura Govan and Raymond “Benzino” Scott have joined forces to create blog-worthy drama as the cast of The Next 15.  Drama that will hopefully make Hollywood want to restart their clocks back another 15 minutes.

“I’m older, I’ve evolved. I’m a woman and I know who I am,” Laura Govan explained when asked what fans can expect to see from her this season. Govan began her television journey on VH1’s Basketball Wives Los Angeles, alongside her sister Gloria Govan. But the 36-year-old stands alone on The Next 15, in more ways than one… “Yes, I am single. I will never tell nobody who’s sticking they di*k in me.”

Laura has no chill!

They say sugar and spice are the perfect combination, which is why fans should get excited to see what trouble Laura and her co-star Claudia Jordan will get into. “This is a second chance for a bunch of us. I think everyone deserves another 15 minutes. You’ll even get to see why some didn’t progress,” Claudia says.

No matter how much drama the ladies will bring to the show, Karamo’s storyline is quite the heavy-hitter. “I do feel pressure because I rep something you don’t see: I’m a single, black gay father. “ In fact, one of the reasons the former Real World cast member joined The Next 15 is for people to dive into his personal life. “The world needs to see this.”

Laura, Claudia and Karamo are joined by Jennifer Williams, “Benzino” and Tiffany “New York” Pollard-who says she was the one who made the portrayal of women in reality television worth talking about. And from what I saw behind the scenes, Laura and “New York” did not get along during filming. And neither did Jennifer Williams and Claudia.  Interested to see how it all plays out.

Let’s hope this cast can regain their 15 minutes of fame and not drama.

The Next 15 premiered on TV One on February 10th.  It will air every Wednesday at 9p.m. EST.