Skip to content
Home » Goodie Mob, All Together, Sacrificing For The Culture 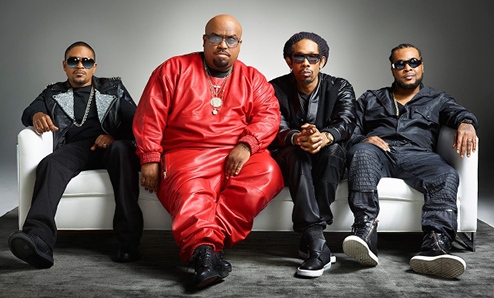 Got The Mob in My Skin

It’s approximately an hour into the Goodie Mob headlining set in downtown Miami, the night of what would’ve been Tupac Shakur’s 47th birthday, and the opening piano licks of “Cell Therapy” just sprang from the DJ booth into the minds and behinds of the adoring masses. Doesn’t matter the song dropped over 20 years ago. Doesn’t matter the place is only half filled. For that moment, all that matters is Cee Lo Green is back in biz with the collective that launched his brand, and they’re about to rock the rafters with the signature song that sent them soaring across the national stage.

Or so it seems. The ensuing keys, pile-driving drums and hand-crafted bass never resound as Big Gipp, the Mob’s other front man, chooses this moment, the one the crowd waited for through two opening acts, multiple Goodie solos and one protracted deejay display to… talk? Something about historic Overtown, down the way from the fashionable Edgewater lined bay front of the group’s present surroundings. The Goodie Mob hit the Town yesterday, hand shaking and baby kissing. Gipp’s glimmering grill practically blinds under the house lights, stark against his pink snapback, pink T, and ardent candor. No one could mistake what he was saying.

“Overtown looked like downtown [Miami],” the rapper reasoned. “We got the same beautiful sunshine. All we have to do is take care of it. They trying to take a two-bedroom house and sell it for like, $400,000, $500,000. They trying to get us outta there. So when they come to you and ask you to sell your house, don’t do it. Don’t sell. Don’t sell your house. Don’t sell your grandma’s house.” The smattering of attendant applause is incomparable to the galvanizing effect of “Cell Therapy” or most music in any arena primed to party. But the Mob’s peoples will just have to wait for their chance to dance… which they did.

“I got the Mob in my skin so you know my set,” Big Gipp with UGK, “Don’t Say Shit”, Dirty Money

The social commentary, political connotations, and iconoclast stance of the Atlanta based quartet rounded out by T-Mo and Khujo has always distinguished the foursome from its peers, and certainly from most contemporary rappers. The Mob helped spawn Atlanta’s burgeoning music scene with its seminal sound in the mid 1990’s as part of the Dungeon Family, an affiliation of producers and rappers including The Witchdoctor, Cool Breeze, Big Rube, Backbone, Sleepy Brown, and most famously, Outkast. But while Outkast delicately balanced its pop sensibilities with southern funk for millions of sales and accolades over the next decade or so, the Mob all but floundered into obscurity by the mid 2000’s following its initial gold album run—until Cee Lo’s solo career reinvigorated them, albeit a part from the group for years.

Too impromptu to be scripted, and much too honest to be premeditated, Gipp continues onstage in Miami, transfixing Lo with an outstretched index finger. “That man right there,” he drawls, “done took his group to a whole ‘nother level today. Cee Lo Goodie.”

Not surprisingly, perhaps, there was a time when Cee Lo’s focus wasn’t on Goodie Mob. After mediocre sales for his solo debut, which came on the heels of the Goodie’s gold World Party, the Mob could’ve done another major label album. “L.A. [Reid] came to us and asked us to do a record on Arista, and he declined to do it,” Gipp said of Cee Lo in a much earlier interview. “He was like, yo, I want to work on my next solo album. I ain’t do as well as I thought I should, so I want to concentrate on this.” The wonder isn’t that Cee Lo eventually achieved crossover success as a singer, but that when he did, he went and brought his folk with him.

By all appearances, he didn’t have to. He could’ve gone back to Gnarls Barkley, his partnership with Danger Mouse with whom he won a pair of Grammys. But the Goodie was family. Dungeon Family, specifically. DF ties run deeper than tattoos or skin. Less than three years after the multi-platinum success of Lo’s The Lady Killer, the four original members of Goodie Mob dropped their first album in nearly 10 years, Age Against the Machine. The squad’s been recording and touring since then.

Retrospectively, the Goodie Mob might’ve sold more records if it had produced more (or any) pop infused music, featured more big names, or adhered to traditional industry standards. But as Gipp indicated in Miami, that’s simply not what the group does. On the night of Tupac’s birthday, he tells the waiting revelers, “The Good Die Mostly over Bullshit,” spelling out the Goodie Mob acronym. “Ya’ll know, man, we have sacrificed our whole career to say something real to ya’ll.” 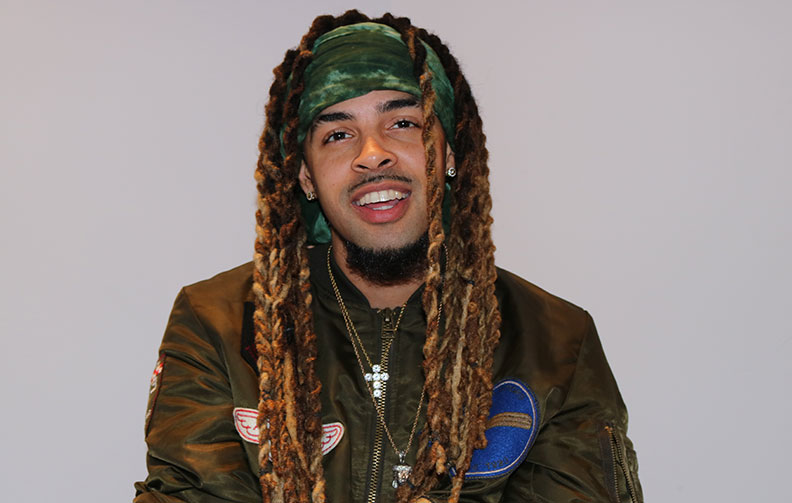 [INTERVIEW] Dee-1 Finds His Slingshot, Uses It To Inspire & Motivate In Hip-Hop

[INTERVIEW]  Kristinia DeBarge Gets Fans Acquainted To Her Edgier, Sensual Side

2 thoughts on “Goodie Mob, All Together, Sacrificing For The Culture”