Home Entertainment News K. Michelle Reveals ‘Not 1 Fuck Given’ Mixtape Ahead of New...

While you were busy coping with your hangover on New Year’s Day, singer and reality television personality K. Michelle released a brand new mixtape.  The follow-up to her series, the new project is titled, Not 1 Fuck Given, the perfect title for the project.  Listen to the K. Michelle Not 1 Fuck Given mixtape below.

The new mixtape comes 8 years after the release of 0 Fcks Given, which was released in 2012.  On Valentine’s Day 2014 she released, Still No Fcks Given and the latest project is the third installment to the series.

The K. Michelle Not 1 Fuck Given mixtape comes a month prior to the release of K. Michelle’s forthcoming album, All Monsters Are Human, which is set to be released on January 31st.

K. Michelle announced the mixtape with a well thought out post.  Here’s some of what she had to say:

The last two years have been a real journey and growing experience for me. I literally was fighting for my life. I know I’ve had you guys waiting for my album so I wanted to give you something to vibe to until then.

Listen to the new mixtape below:

A Moment with K. Michelle: All About Her New Album, All Monsters Are Human, Industry Lessons, and Her Country Music Career 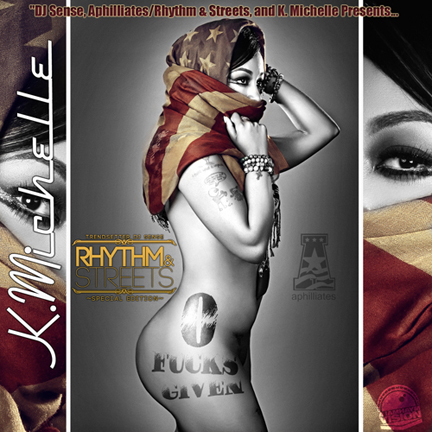 [INTERVIEW] Jon B Reflects on 25 Years In The Business, Upcoming New Album