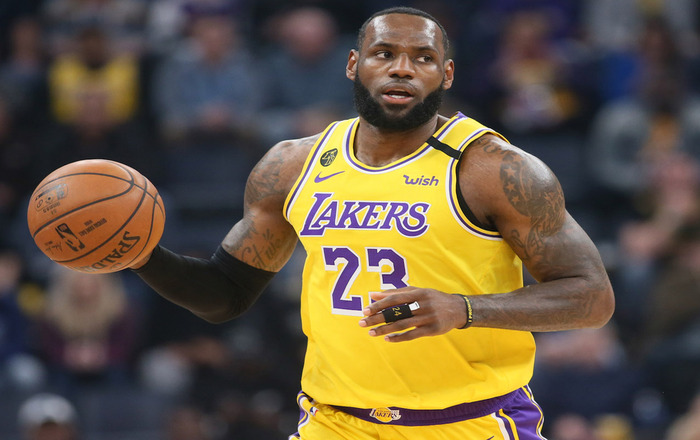 A past photograph, showing a teenage Jerry Jones involved in a protest of white students attempting to stop six Black students from entering a school doorway while simultaneously shouting slurs at them, recently resurfaced — and Lebron James put it all the way on blast.

“When I watch Kyrie (Irving) talk and he says, ‘I know who I am,’ but I want to keep the same energy when we’re talking about my people and the things that we’ve been through,” said Lebron James to media personnel in reference to the anti-black Jerry Jones photo. “And, the Jerry Jones photo is one of those moments that our people—Black people—have been through in America.”

King James went on, “And I feel like, as a Black man, as a Black athlete, as someone with power and a platform, when we do something wrong or something that people don’t agree with, it’s on every single tabloid, every single news coverage, on the bottom ticker, it’s asked about every single day. But it seems like to me the whole Jerry Jones situation, photo—and I know it was years and years ago and we all make mistakes, I get it—but it seems like it’s just been buried under, like, ‘Oh, it happened, O.K. we just move on.’ And I’m kinda disappointed I haven’t received that question from you guys.”

The photo Lebron is referencing is from Sept. 9, 1957, and displays a 14-year-old Jerry Jones in his native Arkansas standing in an angered crowed at North Little Rock High while several African-American students make first attempts to integrate the public school. Jones ultimately confessed he was in the photograph, however claimed he was merely at the protest due to curiosity and had no intention of persecuting the Black students.