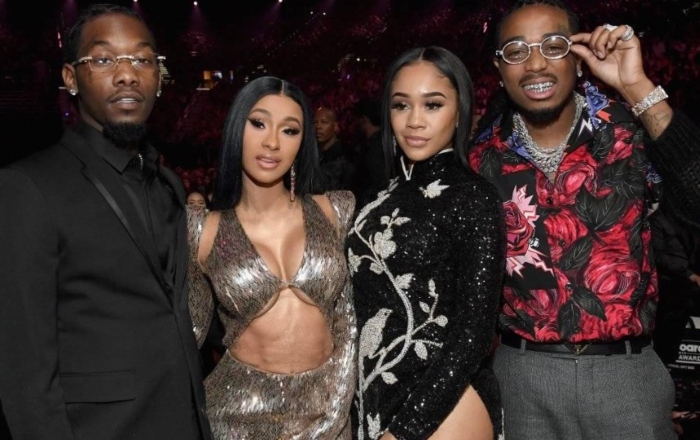 Cardi B recently sat down with Jason Lee for an interview on his new self-entitled REVOLT series, and she’s addressing all the controversies she once avoided, mainly the “Offset and Saweetie” rumors that covered our timelines over the summer of 2022.

Jason Lee is a gossip blogger, media personality and brand ambassador. In 2015, he became the founder, editor-in-chief and CEO of the gossip blog Hollywood Unlocked. On the Instagram page for Hollywood Unlocked is where Jason shared the news with his fans that his first guest on his new show, The Jason Lee Show, would be none other than rapper Cardi B.

A post shared by THE JASON LEE SHOW (@jasonleeshow)

Durnig the interview, Jason asked why Cardi decided not to respond to the gossip at the time. “You know why I was quiet?” she answered. “I was quiet because one thing I’m gonna do, I’m gonna find out the truth.”

“And you know that I was finding out that truth,” she continued. “So, it’s like, if I entertain something that I know is not true, on the internet, people be like, ‘Oh, it is true because you’re addressing it. But when I don’t address it, it’s true or not, as well.”

“So, I’m like, you know what? I’m just not gonna entertain the bullsh*t, because if I entertain it, it’s gonna keep goin’ longer and longer,” Cardi also added. “At the end of the day, I know what’s going on in my house.”

Jason commended Cardi B on her growth for knowing when and when not to get involved in social media shenanigans.

“When the Selena girl said she was pregnant by Offset, and she was showing her stomach,” said Cardi. “She even showed the baby and everything. And I was going so hard like, ‘It’s not true!’ Every single time that I kept saying this, it’s not true, people on purpose kept saying, ‘It’s true!’

“So, it’s like, I have learned from those experiences not to even address things that’s going on in my home,” she continued. “When I know the truth. ‘Cause it’s like, people gonna make it worse, ’cause it’s just entertainment.”

The rumors of Offset and Saweetie allegedly sleeping together really took flight after fans believed Quavo hinted at truth behind rumors of the affair on his track “Messy” with the late Takeoff. Quavo rapped: “Btch fcked my dawg behind my back, but I ain’t stressin’ (Not at all) / You wanted the gang, you shoulda just said it, we would have blessed it (You shoulda just said it) / Now sh*t got messy (Uh).”

Watch episode one of The Jason Lee Show with its first guest, Cardi B below: