Skip to content
Home » Ryan Leslie – Rising In R & B 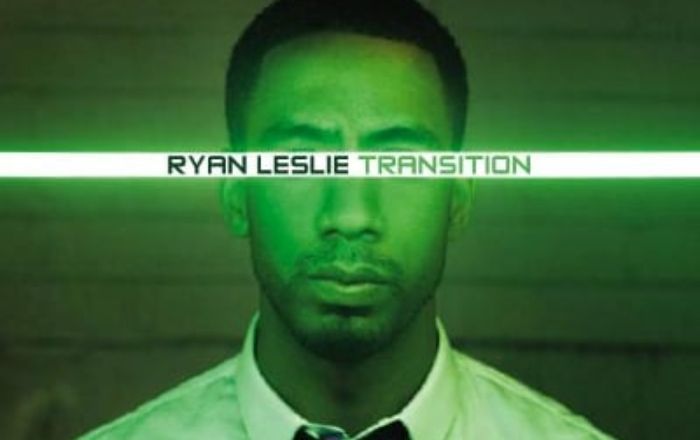 Ryan Leslie tells us about a few of his favorite things, and what he looks for in a woman. He opens up on Cassie and talks about his latest album, Transition

Although Ryan Leslie is a rising R & B singer, his industry resumé extends far past being a performer. In 2005, he gained commercial notoriety as the producer for the hit single, “Me & U” for Bad Boy recording artist and former protégé, Cassie. A multi-instrumentalist, he plays the guitar, drums, and keyboard—to name a few—to compose his beats. He is also the founder of the media company, NextSelection Lifestyle Group. Yes, Leslie is on the move, yet his career is not the only reflection of this fact.

Here’s a look at what the rising R & B star had to say:
Parlé: Where are you from?
Ryan Leslie: I was born in D.C. My parents were Salvation Army officers, so we moved around a lot. I’m from a lot of places.

Parlé: What was it like moving around like that?
Ryan Leslie: Home was everywhere my parents were.

Parlé: I read that you have a connection with Harlem. Is that true?
Ryan Leslie: I moved to Harlem six years ago. I currently reside there.

Parlé: Who was your favorite artist, as an adolescent?
Ryan Leslie: Wynton Marsalis. My father introduced me to him. Seeing him as a trumpet player made me want to be one. And Michael Jackson became one of my favorites.

Parlé: Who is your favorite artist in the industry, right now?
Ryan Leslie: Stevie Wonder. I’m still chasing his career, to this day.

Parlé: What was your first introduction into the music industry?
Ryan Leslie: I did four records on this artist’s album, who was on Universal Motown. I had an internship with producer, Younglord, and he kept bringing my music to Puff (Sean “P. Diddy” Combs). Puff liked it and I ended up doing singles for New Edition, B5, and Britney Spears.

Parlé: You did a lot of work with Bad Boy, Why didn’t you sign to the label?
Ryan Leslie: That opportunity was never extended to me.

Parlé: Now, most people don’t know that your new album, Transition, is actually your third album. Just Right was your first album, not your self-titled album. Can you tell me why your first LP was not released?
Ryan Leslie: It had to do with the lack of demand for it in the marketplace.

Parlé: How have you changed, since that album?
Ryan Leslie: I’m a person that’s matured, personally and musically.

Parlé: How would you describe your sound?
Ryan Leslie: I would invite them to come to a show and make their own evaluation. I want them to experience it, rather than give them a sales pitch. I would encourage them to listen.

Parlé: What was your inspiration on this new album?
Ryan Leslie: A summer of secret love.

Parlé: What was your own favorite collaboration?
Ryan Leslie: I’ve enjoyed all of them, equally. Now, I can say that I really, really, really enjoyed collaborating with Cassie. I think the music we’ve made is special.

Parlé: I agree; I think that you two made great music together. In fact, I think that Cassie was at her best, when she was working with you. Do you think you two had great chemistry because you had strong feelings for each other? Was it love?
Ryan Leslie: I think that’s definitely possible, but everything played a role; anticipation, momentum, alot of “firsts” happening – like, first tv performances, first CD signing…

Parlé: Did you do any work on Cassie’s new album, Electro Love?
Ryan Leslie: No. Cassie took the direction of what is removed from what I do.

Parlé: Okay moving on from that situation, what is your horror story in the music industry?

Ryan Leslie: I take everything in stride, but it really comes down to money. I had alot of ideas and people thought I wasn’t worth the investment. My first album could be construed as a minor setback.

Parlé: Now, you’ve set the prototype on how to market yourself through various online networks. How would you advise someone else as to how to raise the bar?
Ryan Leslie: If I had mastered it, I would have a lot more exposure, however, it [his marketing tactics] can be replicated.

Parlé: What is your favorite song of all-time?
Ryan Leslie: I think most people’s favorite song depends on their mood. Stevie Wonder is timeless. If I’m sad, it’s “Lately.” If I’m in love, it’s “Overjoyed.” If I’m thinking about the prospect of love, it’s “Ribbon in the Sky.”

Parlé: What turns you on/off?
Ryan Leslie: On The level of confidence. She can say, “I don’t need you, but I made a conscious choice to have you in my life.” Off: Someone who doesn’t have enough self-esteem. Someone who doesn’t know what they want. People who hinge their happiness on someone’s behavior.

Parlé: I know you’re constantly working but when you do have a break, what do you like to do in your downtime?
Ryan: I like to explore personal relationships – family, dating…

Parlé: Last question. You spit a few bars, like on the track “You’re Fly” from your debut album. Can we expect a rap album from you?
Ryan: Anything is possible. It all depends on where the music leads me.