Skip to content
Home » Is It a Tea Party or isn’t it? – What exactly is this new Tea Party? 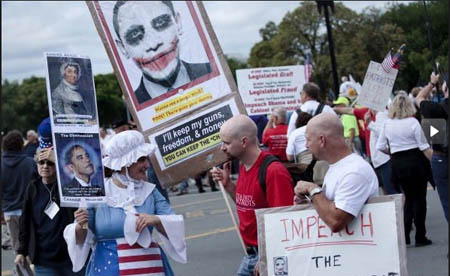 The TEA party acronym stands for “taxed enough already.  This populist movement’s stated goal is to promote fiscal conservatism.  It was born in 2009 through an ongoing series of Tea Party protests.  It gained traction after the 2009 stimulus package as well as the 2008 financial bailouts.   The name “Tea Party” is a reference to the historic Boston Tea Party of 1773.  At that time, the American colonists were under the British rule.  They were forced to pay taxes to the British government but had no representation in the British Parliament.  Their protest against British taxation ultimately laid the groundwork for the American Revolutionary War.  Today, Tea Party protests have sought to evoke similar images, slogans and themes to recreate the frustration of “taxation without representation”.

Branches of the Tea Party movement also promote socially conservative positions like No to Same-Sex marriage, pro-life stances, immigration policy, etc. Whether you agree with them or not, the movement has become a vibrant but often disorganized political force.

Unlike populist movements several decades ago, the Tea Party has benefitted from new millennium technology. From the Internet and popular social networking sites like Facebook, Twitter and MySpace as well as blogs to traditional conservative media outlets, the Tea party has multiple avenues to promote itself and its events. It also has a corporate partner in the Fox News Channel that regularly promotes its agenda and gives it favorable and consistent coverage.

Controversy
What started as a grass roots effort has slowly been co-opted by many Republican politicians and Republican-affiliated political action committees (PAC).

According to FEC filings, from 2009 – 2010, millions of Tea Party funds have gone to Republican political consulting firms. However, many of the grass root participants are not aware of how their funds are disbursed.

There are also concerns about the tone of Tea Party demonstrations. As you watch Tea Party protests on TV, the homogenous makeup of the group cannot be denied. With 99% of all participants being white, it’s difficult to view this movement as an overall representation of the American electorate.

Last week (April 7, 2010) Professor Christopher Parker of the WISER Institute, at the University of Washington, released the results of a political science poll studying racism in American politics. Here is an excerpt from the report: “America is definitely not beyond race. For instance, the Tea Party, the incipient movement that claims to be committed to reining in what they perceive as big government, appears to be motivated by more than partisanship and ideology. Here are some disturbing numbers:

Perceptions of Latinos aren’t much different. 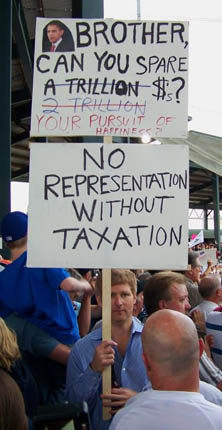 The report reveals that Tea Party members are 36 percent more likely to be racially resentful than non-Tea Party supporters. According to Professor Parker, “While it’s clear that the tea party in one sense is about limited government, it’s also clear from the data that people who want limited government don’t want certain services for certain kinds of people. Those services include health care.”

These results are neither an indictment of the entire movement nor many of its good-natured members. However, if this movement is to survive as a credible force for political change then it will have to change as well. To remain viable, the Tea Party will have to reexamine the race positions of some of its members and the tone of its demonstrations. It also must work to build a more diverse organization of limited government believers of any color or background. If not, this movement will rapidly find itself on history’s shelf like many other protest groups that lack the vision, clarity and organization to stand the test of time.

A Quick Lesson In Economics

Your Participation in the 2010 U.S. Census is Important!

It’s Carnival Time – Find Out the History of it