Home Reviews Film Pirates of the Caribbean – On Stranger Tides 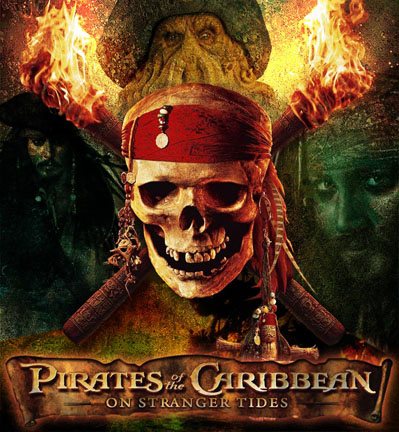 Most critics are coming down on Pirates of the Caribbean, saying that it left a lot to be desired, that Captain Jack’s character is getting old, etc. But those critics are forgetting that this movie, On Stranger Tides, has absolutely nothing to do with the past three movies! It’s funny that the reason why critics hate on the new Pirates movie is the same reason that makes it so great. The love triangle between Will, Elizabeth and Jack was said to be “over-done” and “getting old” when Pirates of the Caribbean 3 came out, and now they all miss it? On Stranger Tides was a great movie, one that my generation will be sharing with their children and grandchildren (along with the other three POTC movies), just like our parents made us sit through the Star Wars Trilogy and Indiana Jones before we were allowed to see the “new” ones.

On Stranger Tides starts out like every other Pirates of the Caribbean movie –  with a death. Only the odd man that was pulled up from the depths of the ocean in a fisherman’s net wasn’t dead. He carried a strange book and told even stranger stories, which led the Spanish to search for the Fountain of Youth. Many others are fast to learn about the Fountain of Youth – including Captain Jack Sparrow. Within the first half hour of the movie, it turns into a race to the fountain of youth. However, there is a catch. To obtain eternal youth, you must use a fresh mermaid tear, which proves to be incredibly risky. Can Captain Jack obtain what he’s been searching for since the first movie – immortally?

On Stranger Tides will have your eyes glued to the screen. It’s one movie worth paying an extra $3 to see in 3D, too!

Despite the trend of bad reviews, Pirates of the Caribbean – On Stranger Tides receives a PARLÉ

Monica Punched Brandy In The Face Before Award Show