Home Lifestyle Blogs/Editorials The Execution of Troy Davis – Where Does It Leave Us Now? 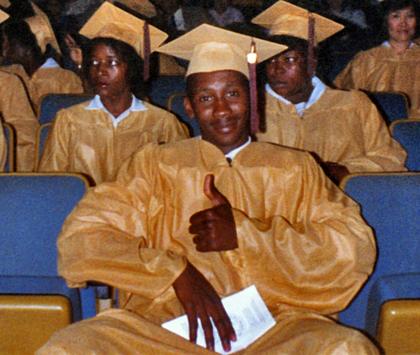 What does the execution of Troy Davis offer us? With all of the praying and discussions, are we really going to change? And before you answer that, ask yourself what’s change exactly and how do we know when it’s arrived? Why does it always take a tragic moment for us to get in line and realize the gashes in our nation? That blood is still seeping out from under that red, white and blue bandage.

People asked where our President was. Why didn’t he speak out? The thought ran across my mind – but you know, he’s for the death penalty last I checked. I would’ve been shocked had he stepped in. I know so many of you wanted him to. Just like so many of us out there expected that 5 of 9 on the Supreme Court would rule in Troy Davis’ favor and grant him a stay. But I guess the law is the law and they had to look at the facts. Why was this case any different to them? After all they hear so many.  I pondered that too amidst all of the television speculation and Facebook and Twitter rants.

It was different because it broke open that bandage. A bandage that many would like to overlook. One that so many of us thought had clotted the seepage. With so much uncertainty and so much backtracking of the testimonies, the whirlwind of evidence became a blurry sight in the eyes of those who had the power to calm the storm.

But now we trudge on. Living in the so called land of the free and the home of the brave. Swallowing the bittersweet tickling in our hearts, minds and stomachs that perhaps justice wasn’t rendered properly. But you know they say life isn’t fair. I just hope somewhere down the line, whenever that may be, that recompense is wrought; someway, somehow for a nation that claims to stand for justice yet looks the other way in spite of the doubt – because make no mistake about it there will be another Troy Davis.

U.S. Government Hits the Debt Ceiling – Cause For Concern???

One More Drink?! – The Road To Alcoholism