Skip to content
Home » J Rand: Blossoming through the Uncomfortable 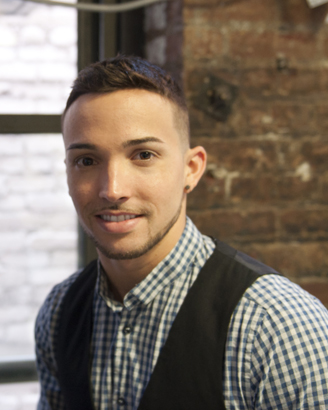 Fame is truly one bewildering specimen. For many people fame it is a platform; it is their name being spoken out of mouths with faces they have never had the pleasure of previously encountering. For others, fame is a nameless, shapeless thing; it is stepping behind a microphone in front of an ocean of bodies who have all paid money just to hear you speak. However, for Miami based musician and cast member of the current big-screen powerhouse “Rock of Ages” starring Tom Cruise and Mary J. Blige, J. Rand sees fame as just an accumulation of moments slowly dissolving into the reality of a dream that has long been teasing him. If fame could be defined as a state in which an individual’s talent as well as determination finally meets opportunity, then I’m sure J. Rand

After releasing his newest single off of Geffen/Interscope records, “Up Against the Wall,”  Rand has managed to garner over 75,000 hits on YouTube within a mere two-day period. The road to success is all but paved in gold for this young man as he is backed by managers from “Hip-Hop since 1978” who are responsible for finding acts such as Kanye West and Drake. However, even with all he has on his plate Rand still managed to find enough time in is very busy schedule to sit down and answer a few questions for us:

Parlé Magazine: You’ve recently released your newest single “Up Against the Wall” to a great reception, which aspect of this whole journey you’ve been on either a stumbling block or words of encouragement really came to mind after tasting such success?
J. Rand: I think everybody sort of struggles with the roller coaster of anything in life. Growing up I was so focused on being perfect that it really hindered me; I always felt the need to control everything. But lately, especially in the last couple of months, I’ve realized I can’t control everything. So I’ve decided to just go for it and really embrace and enjoy every moment. It brings me back to creating “Up Against the Wall,” I mean it was a blast, 3am in the studio until 7. Of course we wanted a hit, but that wasn’t the main focus, we were just having a good time making music. If it all was to end tomorrow I can still say I’m appreciative and I love it.

Parlé:  So you’re backed by Hip Hop since 1978 who are responsible for discovering some of the biggest names in the business right now. You definitely have some big shoes to fill. Is there anything you do in particular to keep yourself grounded and in the moment opposed to being swallowed by the pressure of it all?
J.Rand: Well there’s this motto I try to go by, which is I try to remain comfortable with being uncomfortable. A lot of the things I encounter every day are going to be pressure filled and out of my comfort zone, but I’ve just grown used to dealing with that now. To me it’s just normal being uncomfortable.

Parlé:  “Up Against the Wall” has a real cool laid back feel, growing up who were a few artists or better yet albums that have inspired you as a musician?
J.Rand: The first album I ever got was on Christmas and it was Bone Thugs-n-Harmony. The moment I heard them rapping and harmonizing on a track I was like this is some crazy shit. But singer wise I grew up listening to Stevie Wonder, Billy Joel, as an artist, I love piano driven music with R & B Soul, but lyrically I’ve always gravitated to Hip-Hop. On my album I do play the piano and sing but lyrically I’ve always worked to try and keep the sensibility of Hip-Hop. I look up to rappers like Eminem who have no boundaries on what they say and are not afraid to be autobiographical in their music.

Parlé:  So what Hip-Hop artist could we catch you listening to today?
J.Rand: Definitely Eminem, I mean he’s my favorite. His whole first album the Slim Shady EP; I just couldn’t believe that someone was bold enough to say anything like that. The guy just had no boundaries. That was definitely the album that changed me as a writer. I mean if I want to write about a break-up then I really want to talk about it. For example, my ex-girlfriend broke my car window and it was crazy, so lyrically I want to say that. I don’t want to use the regular “she broke my heart” as a metaphor, no, she broke my window and it was fucking crazy so that’s the story I want to tell.

Parlé:  As we both know the music industry is unpredictable and ever-changing. What will the fans discover about you as an artist and what you have to deliver after listening to your album that will keep you around for years to come?
J.Rand: I think musically the fact that my album is so broad will keep me around. “Up Against the Wall” is the first single and it’s basically just the club vibe, but then if you listen to the rest of my album you’ll find I have piano driven songs with me singing very soulfully. I also have dance records on there, so I see it for a real broad audience. To me I’m fearless as far as I’ll go anywhere as an artist. I’ll even do a country song if it’ll fit.

Parlé:  Let’s talk “Rock of Ages,” so you’re a part of a phenomenal cast including stars such as Tom Cruise and Mary J. Blige which is a dream for any young performer. Do you consider acting a secondary craft in comparison to music, or is it something you’ve always been involved in?
J.Rand:  I’ll say right now professionally acting is secondary but I feel like the acting and my music is all the same thing. To become a better artist you have to be able to lose yourself in a character or a moment so I feel like me as an actor crosses over a lot into my music. As far as “Rock of Ages” is concerned I went to the audition and got the opportunity to do a pretty dope part and work with people like Tom Cruise, so yeah, it’s just wild.

Parlé:  Given your style and sound who do you see as your biggest competition going further and trying to garner an even larger fan base?
J.Rand: Well I’ll have to say everyone is competition, I mean this business is very competitive. But as far as whom I can see myself aspiring to be I’ll have to say either Justin Timberlake or Usher. They really just do everything, sing, act, and dance, just like me.

Parlé:  For my final question, now that everything seems to be taking off for you, at the end of the day what is it that you are trying to accomplish as an artist? Is it millions of dollars, the awards, or just being remembered? What is your definition of “making it”?
J.Rand: You know as a kid I was so inspired by other people and it was really something I wanted to become. I can remember just being in my garage saying I want to do this and just practicing and practicing. So essentially I’m not looking for just fame and money because I’ll still be doing music even without all of that. For me I don’t care whether it’s one or ten people I just want to be that inspiration for someone else to look at me and decide they want to work towards being a musician as well. Basically that’s what it’s all about.

With such a work ethic and down to earth personality, J. Randall is definitely an artist who is going places. Though his album release date is yet to be announced, you can still catch Randall in “Rock of Ages” in theaters now. Here’s to being comfortable with the uncomfortable; a motto we can all gain value from.

Also Check Out:
Warryn Campbell – The Industry Heavyweight
SRC Records’ Own, Paypa – One of The Next Greats
Essence Music Festival 2012 To Close With Chaka Khan
Review: DJ Self ft. Ca$h Out, Uncle Murda, Fresco Kane & King Louie – “Epic (freestyle)”
The Teacher Is In – The Brian McKnight Interview