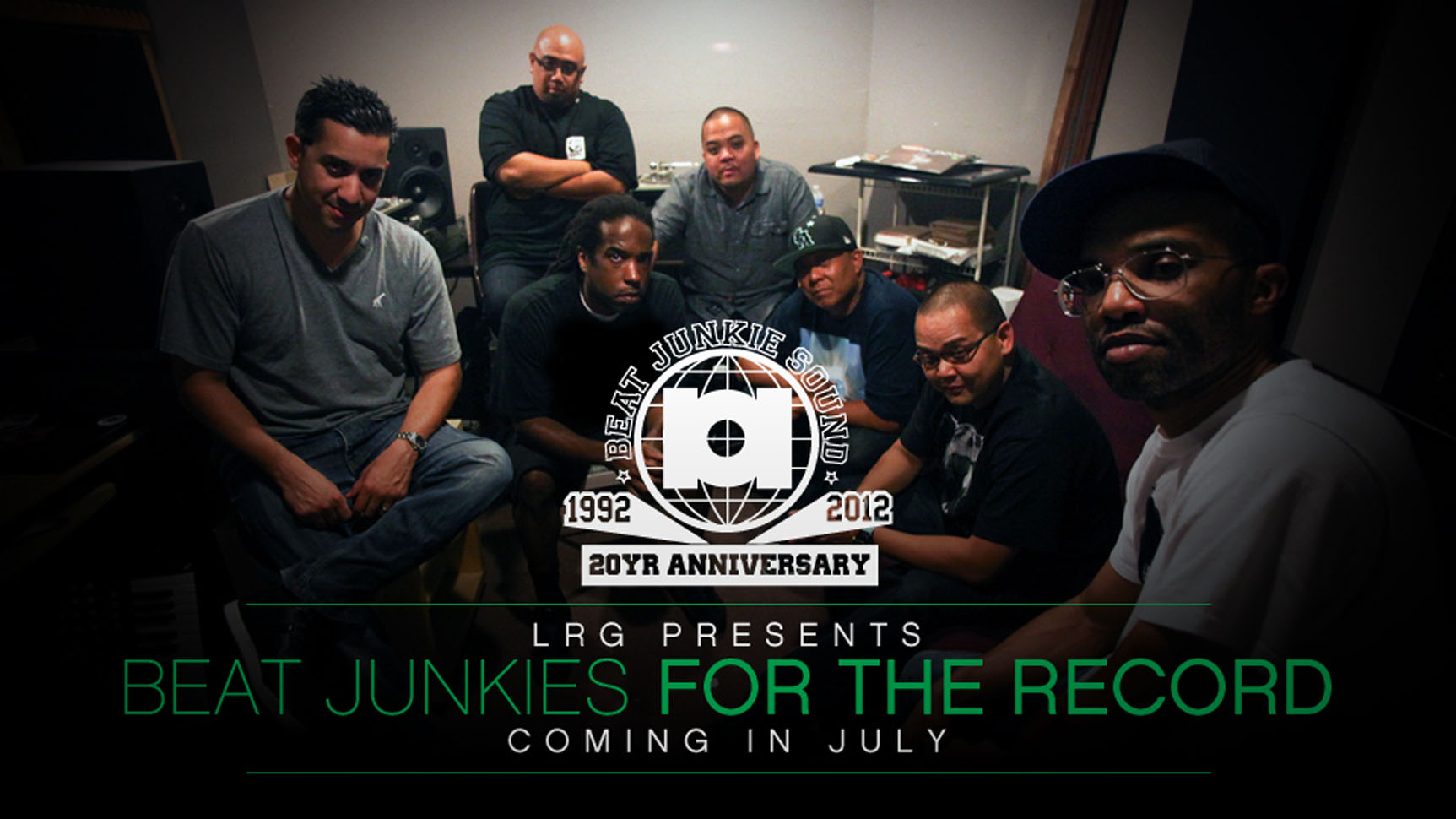 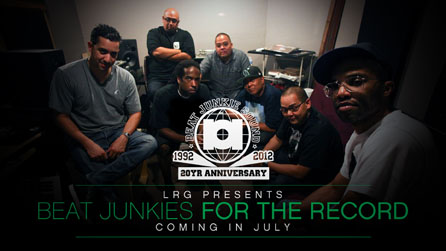 To celebrate the 20th anniversary of the Beat Junkies, the Los Angeles crew is teaming up with LRG Clothing Company to release For The Record, a documentary that features the views of such luminaries as A-Trak and Jazzy Jeff on the group’s impact on Hip-Hop.  The documentary will be released on July 2.

The Beat Junkies Sound Tour will include a special premiere of the film at its Los Angeles opening June 30 at the Echoplex, before heading through  U.S, European and Asian dates.

A limited edition LRG shirt and hat capsule will coincide with the tour. 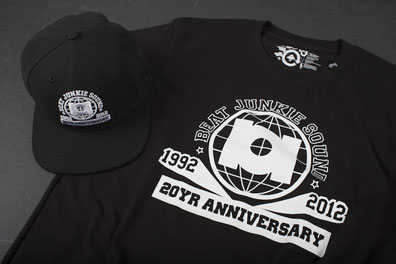 Check out the For The Record trailer here.