When Gwyneth Paltrow dropped the N bomb via twitter this past week, many people, such as Russell Simmons, Q-Tip, and Nas, went on record stating their position on the matter. Russell Simmons and Nas defended Paltrow in her usage of the N Word. However, Q-Tip strongly believed that she should have apologized, given the word’s historical context. Although all three Hip-Hop veterans illustrated great points, many people have this burning question in mind; ‘since when did rappers want to reclaim the title ‘community leader’ and speak for all black people?’ Since I am not a celebrity or a community leader, I am going to speak for myself and for those who may be afraid to say what I am about to express.

For starters, I want to go on record saying that Paltrow’s usage of the N Word had no effect on me. Similar to Russell Simmons and Nas, I agree that the context of how she used it was not meant to offend or harm anyone. If she used the N Word to intentionally offend someone, then this article would be very different. HOWEVER, I also agree with Q-Tip when he said he felt that Paltrow should have at least tweeted an apology if anyone was offended by her usage of the word. 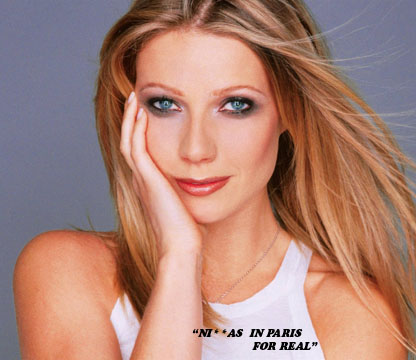 I can understand why others were affected and offended by what she posted. Given the history and negative connotation of the word, people have every right to be mad. HOWEVER that’s all people ever do in situations like this…. They get mad! Granted, the NAACP did a campaign about Abolishing the N Word a few years back. No disrespect to the NAACP, but where are the fruits of that labor? Realistically, Abolishing the N Word is like getting rid of all modern technology. It’s going backwards! Just like technology, the N Word is engrained in our culture, for better or for worse.

So what do we do when we can’t abolish the word and people, who are not African American and African American, want to use it? My solution is to constructively speak your piece about it! If you’re not comfortable with someone referring to you as a ni**a or using the word around you, tell them not call you that. Better yet, walk away, especially if that person continues to use it. If you don’t mind using the word n***a, or having it used around you, then use it. Since it affects everyone differently and has a different meaning to everyone, I believe the N Word should be used on a person to person basis. For example, 2pac made an acronym for the N Word: Never Ignorant Getting Goals Accomplished. Although it goes against the traditional meaning of the word, does it make it any less true to someone else?

The N Word isn’t just black and white. It has developed into a shade of grey. Therefore, please, people of all different colors, ethnic backgrounds, and walks of life, don’t criticize someone for using the word if it is not meant to intentionally harm anyone. Just speak your piece about it, and move on. Why? Because whether we like it or not, the word isn’t going to get abolished and people are going to use it whether it’s in the privacy of their own homes or on social media outlets such as twitter.

Also Check Out:
Chris Brown: Vindicated or A Bigger Target?
All Aboard! Next Stop, The Doctor’s Office – Black Men vs Doctors
The Teacher Is In – The Brian McKnight Interview
Sometimes Pain Is Just That… No Love for Ja Rule
Characteristics Of A Gentleman: Respect, Etiquette and Ambition