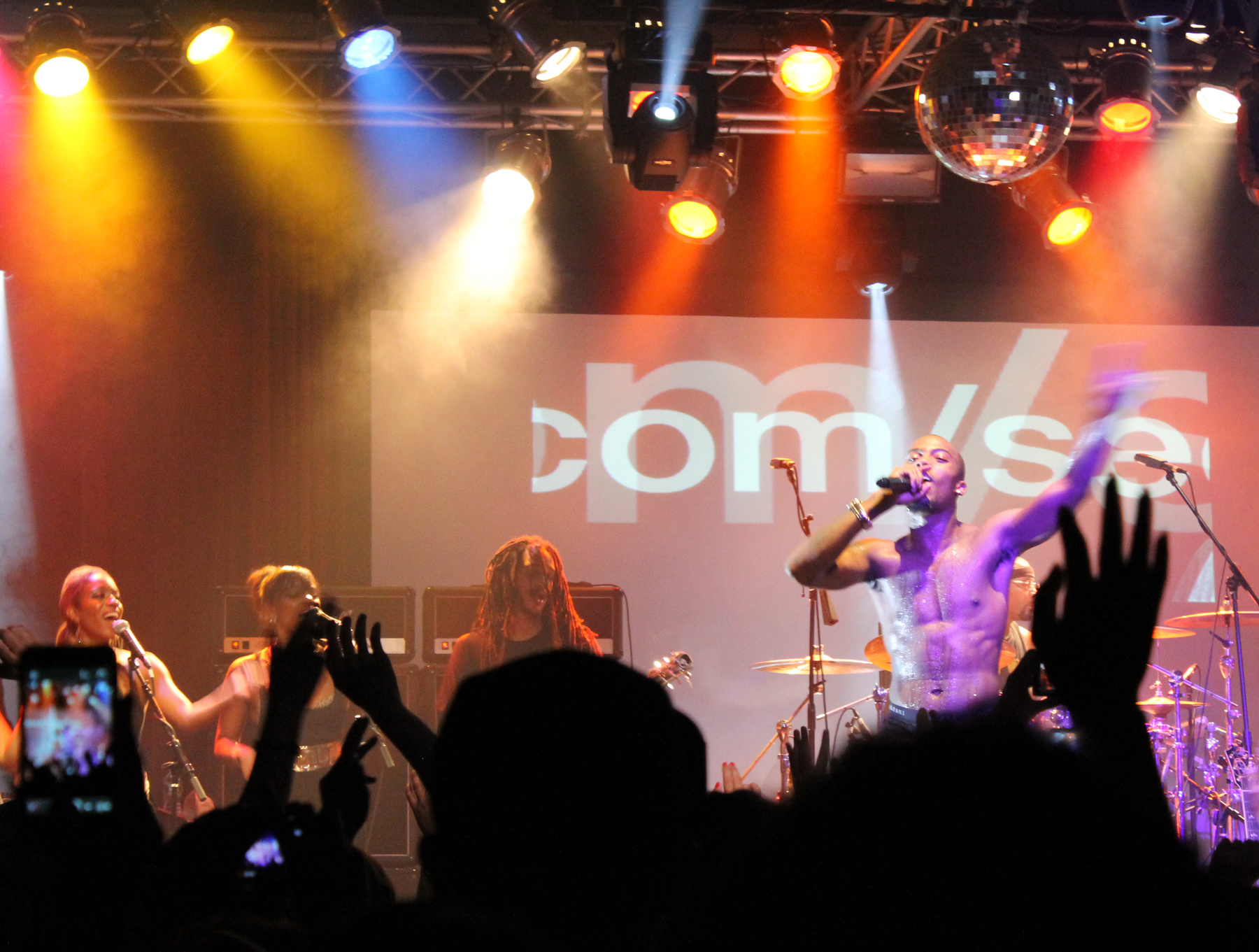 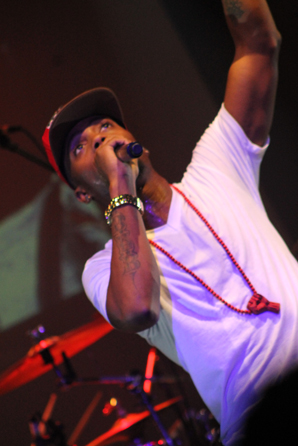 A few hundred Hip-Hop fans crowded into the Highland Ballroom in NYC to check out B.o.B. in a show sponsored by Myspace Secret Shows on Sunday night. Complete with a full band, B.o.B. turned a regular Sunday night in the city into a live treat. While most Hip-Hop fans have heard that B.o.B has a great live show, its one thing to hear about it, but its definitely an experience all it’s own once you see it.  And I promise, it doesn’t disappoint.

B.o.B started the night off performing “Don’t Let Me Fall.”  Complete with his own guitar, he raps, flows, plays and dances… at the same damn time!

He followed up with “Outta My Mind,” his collaboration with Nicki Minaj from the Strange Clouds album. Nicki wasn’t there, but Playboy Tre was and he made his appearance right after to do their track, “Bet I Bust.”  That would be the only guest appearance necessary.  Next up was, “Ray Bands,” a perfect opportunity for the ladies to come, a duo of dancers that moved to every beat!

B.o.B followed up with his hit debut single, “Nothing On You,” using the crowd to sing the hook that Bruno Mars perfected.  He rocked that into “Castles,” a perfect follow-up since Trey Songz delivers a flawless hook on another of the Strange Clouds cuts.  This would be the first of a long set of the album’s cuts.

B.o.B would go back to the guitar on “Both of Us” than return with a piano for “Where Are You (B.o.B Vs Bobby Ray).”

The show reached it’s height on “Airplanes,” with the crowd seemingly singing along to every word. Still the show wouldn’t be complete without a performance of “Strange Clouds.”  After an abrupt exit from the stage he would return with an “encore” performance of “So Good,” a perfect conclusion to his hour long show.

Check out more images from the show…

Also Check Out:
Rapper B.G. Sentenced to 14 years in Prison for 2009 Charges
Beenie Man – King of the Dancehall
Trey Songz – Dive In
“Who’s Next?”… B.o.B – the leader of the this year’s class
Day 26 Part Ways To Focus On Solo Projects