BET’s Music Matters Showcase took place at Santos Party House on July 10, 2012. Vanessa Fraction and Buttah Man from BET hosted the event and kept the crowd laughing. The audience was full of love and encouragement throughout the showcase, especially since Remy Martin V was the sponsor for the event and the DJ played many old school and 90s hits. Celebrity sightings included Rich Dollaz from Love and Hip Hop & Sylvia Rhone from Epic Records. Since the headliner of the event is her newly signed artist, Rhone made a discrete yet present appearance at Santos to see her artist perform. The performances of the night were from Proclaim, a Brooklyn rapper, who has blessed the stage with magnificent artists such as Keri Hilson and Ryan Leslie; Rachel Kerr, who hails from the U.K., with her amazing rendition of Tina Turner’s Rollin’ on the River; Dunson, a Maryland native who brought intense energy to the stage and left a job as an investment banker to invest his time into his latest mixtape, The Investment; and Deon Young, the headliner of the event who was heavily supported by fans of all ages while swaging out in a stylish Louis Vuitton belt. He made a fan’s day by singing her Happy Birthday on stage and performed songs off his mixtape, For the Love. He also performed his brand new single called “Party Life.” After all the artists performed, it was clear that each performer was the life of Santos Party House! 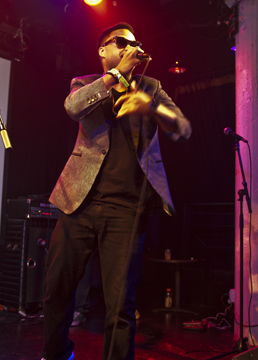 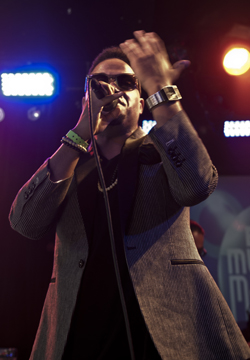 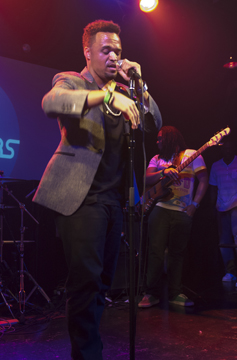