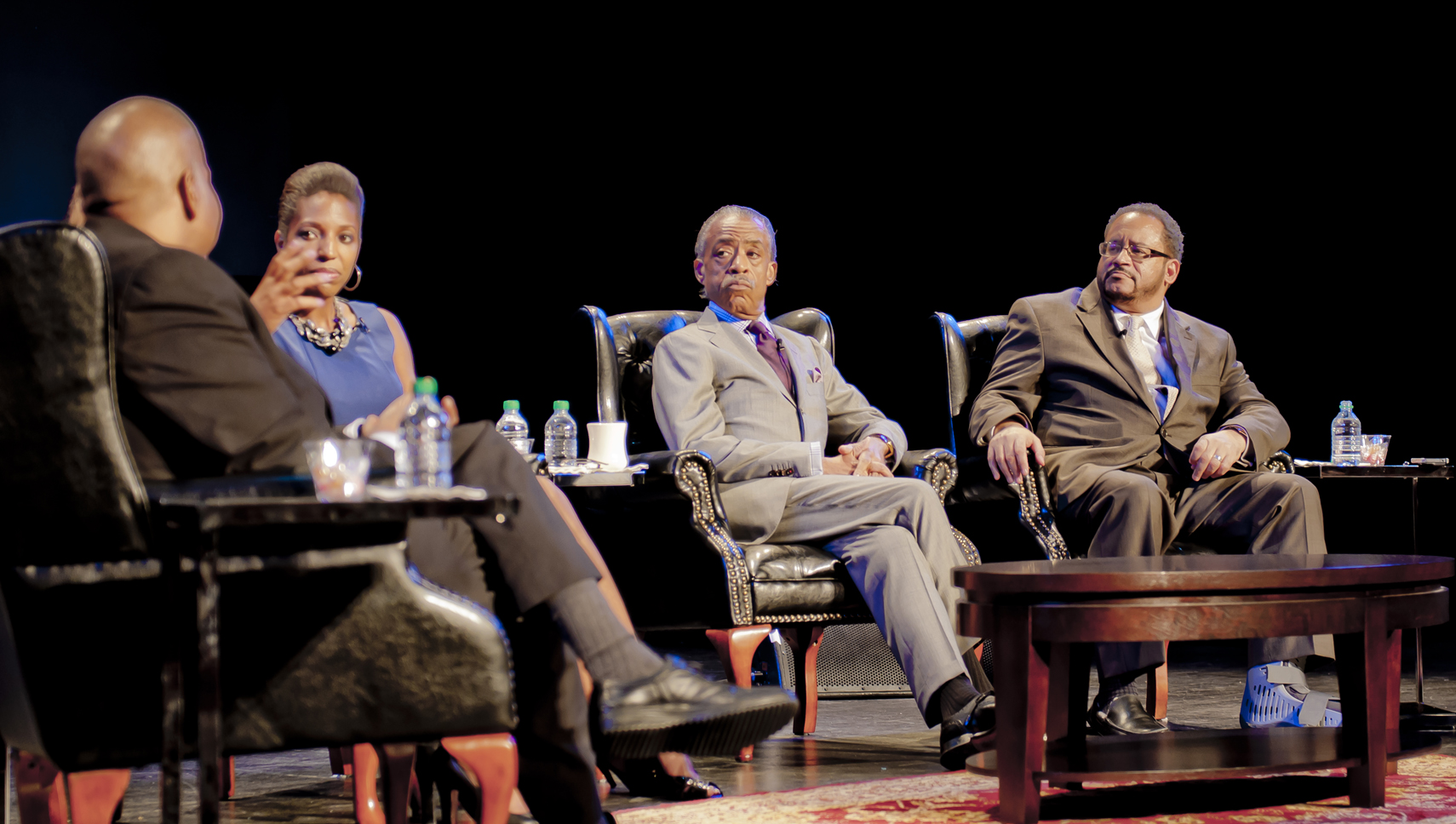 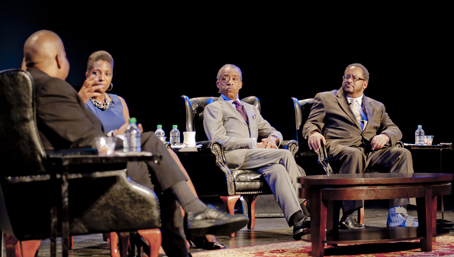 The world famous Apollo Theater in Harlem played host to the first in a new series of events this past Monday, which included somewhat less of a showcase of talent, and more of a showcase of discussion and information. The panel discussion in the new “Uptown Hall” series, featured the likes of Dr. Michael Eric Dyson, Amsterdam News Editor-In-Chief Elinor Tatum, Keli Goff, Rev. Al Sharpton, columnist Jonathan Hicks and Dr. James Braxton Peterson. Moderated by former CNN journalist T.J. Holmes, the panelists spoke on issues of education, racism, and most importantly the voter I.D. laws, which could greatly affect these November elections.

As President Barack Obama prepares to duel with Republican Presidential nominee Mitt Romney, this could deal the biggest blow to the Democratic Party, as a disproportionate number of Black and Latino men have already lost many rights upon entering prison, with the right to vote being at the top of the list, and there is also a steady rise in the number of minority women who are attaining sentences as well. 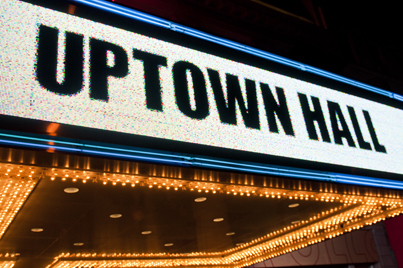 However, the fact remains that even American citizens outside of jail must show I.D. for voting, when this wasn’t required during the last election. The now slim and sharp Rev. Sharpton, made the point that “They didn’t do it for Clinton, or Bush Jr. in his two terms, but why now it has become important to show I.D. to vote?”
If in the wrong city, a visit to the DMV is already a struggle itself. Just imagine what it’s like for a felon to regain his/her identity back, as is, just to live and survive. It has become a never-ending cycle of a lost child that finds themselves in the American Prison Pipeline, where children are watched from young and guided to prisons across the country almost, delegating them to a right-less under caste.

As the Teacher Strike in Chicago raged on until its end this past week, it just put more fuel onto the fire of how much more is invested into the teachers, instead of the students, as the panelists agreed that the business of education has become more of an education business, and the students are much less thought of today. There are plenty public schools in urban areas where students have to make due with second-hand textbooks, computers, chairs, and lunches that are not up to par. So how does a child become motivated when they face aggravation in their home and aggravation at their place of learning? This isn’t every household, but for the ones that are going through this scenario, it’s just compounded on when they’re pushing page-crinkled texts off their desks, turning towards the streets for comfort.

The topic of “Voting Like Your Life Depends On It” applies, because our lives, as Americans, especially the poor or disadvantaged, does depend on who wins this November—in the White House race and in our local political races as well.

The next event in the Apollo Uptown Hall series will be in October. We’ll keep you posted with the official announcement when it comes in.

Dr. Eric Michael Dyson, the excited crowd outside & the captivated audience inside: 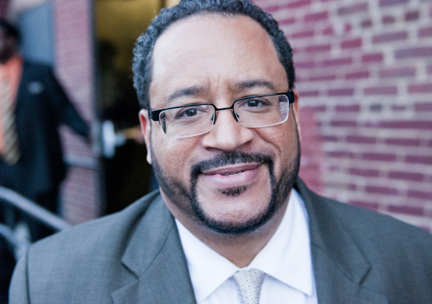 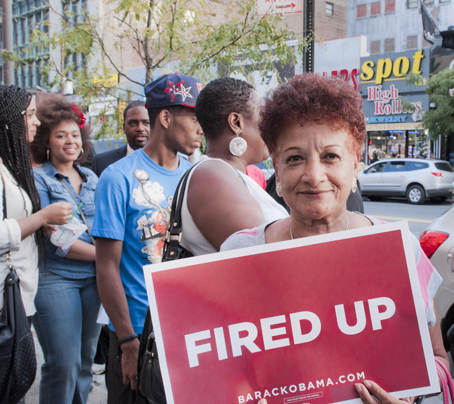 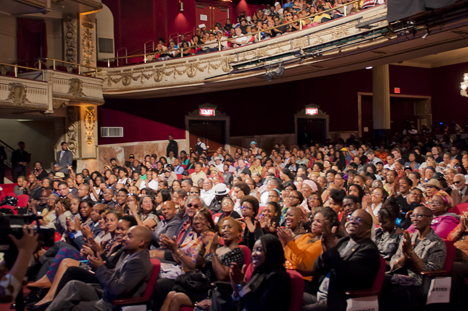