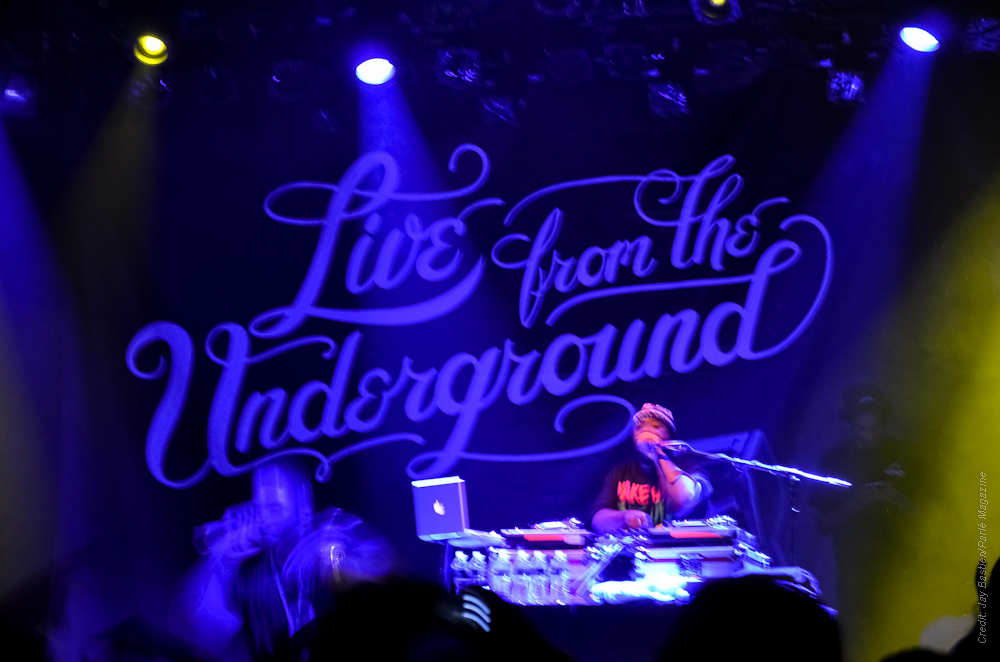 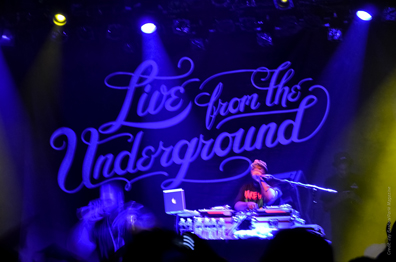 This is what Hip-Hop is supposed to feel like. 2 turn tables, a laptop, a mic, and a rapper with a task of keeping the crowd involved. The ambiance provided by Irving Plaza truly provided the spirit of Hip-Hop with its dark colors, underground feel and seemingly kush friendly security policy. Properly titled, the Live From The Underground Tour, Tito Lopez, Slim Thug and Big K.R.I.T. were up to the task of bringing real Hip-Hop to NYC. 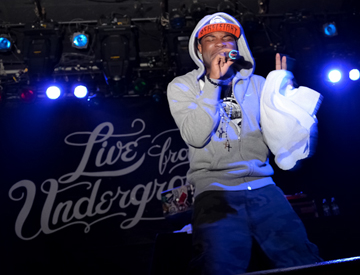 Gulfport, Mississippi’s own, Tito Lopez was the first to rip the stage, performing cuts off his mixtape, The Hunger Game. His stage presence is a thing rarely seen from new artists but he’s so confident in his material its easy to give his all in front of a crowd. He opened with “Try Me,” and though I hadn’t heard any material from the 24 year old, I knew I’d be finding out more when I heard the line, “make it hard for you to stand as a man, much less stand by me.” They call him the ‘Voice of the Underdog,’ a well earned title. His performance lasted about 20 minutes, sans hype man he slid through records, “Mississippi Burning,” “They Told Me,” “Mama Proud” and finally “The Blues,” his Organized Noize produced single. 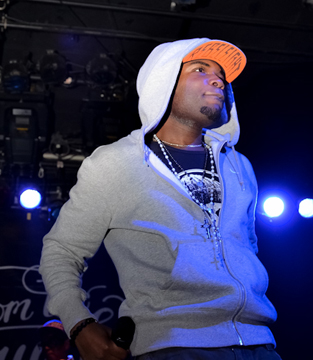 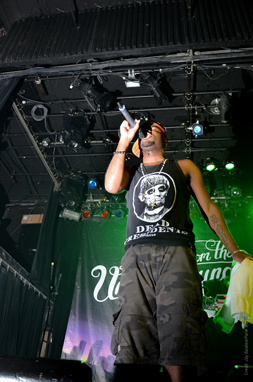 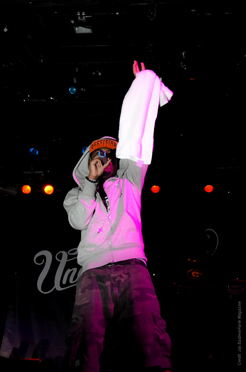 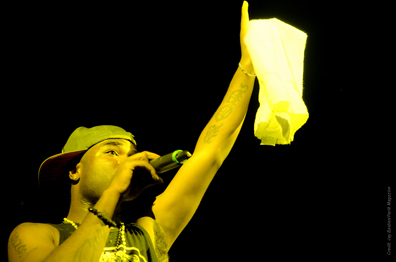 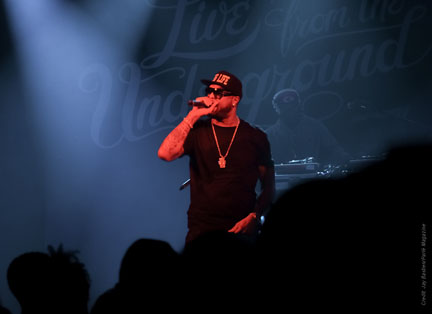 After a brief intermission and a performance by a new Boss Hog Outlaw affiliate out of D.C., Slim Thug towered onto the stage for his set. Opening with “Thug From around the Way,” he got right into his hood classics. With 2 albums, several mixtapes, and another two Boss Hog Outlaw Compilations, Thug could’ve reasonably been the headliner for the show, but this was Big K.R.I.T.’s night so Slim Thug was just a conduit.

From there he kicked verses from “Like A Boss,” and “I Ain’t Heard of That,” which his DJ mixed in the beat from Dr. Dre’s “Explosive.” “I Run” his last major single release was next. In true H-Town fashion, a Pimp C tribute followed, DJ in tow, Slim started with Pimp C’s verse from “Big Pimpin'” asking the crowd to rap along to pay respects. He mixed in Pimp’s verse from “International Playa’s Anthem,” for good measure and crowd continued to belt out every word. 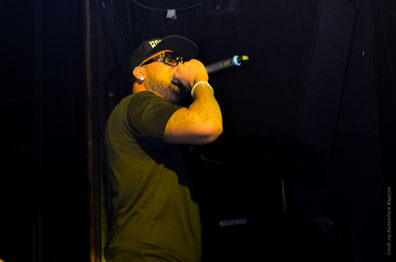 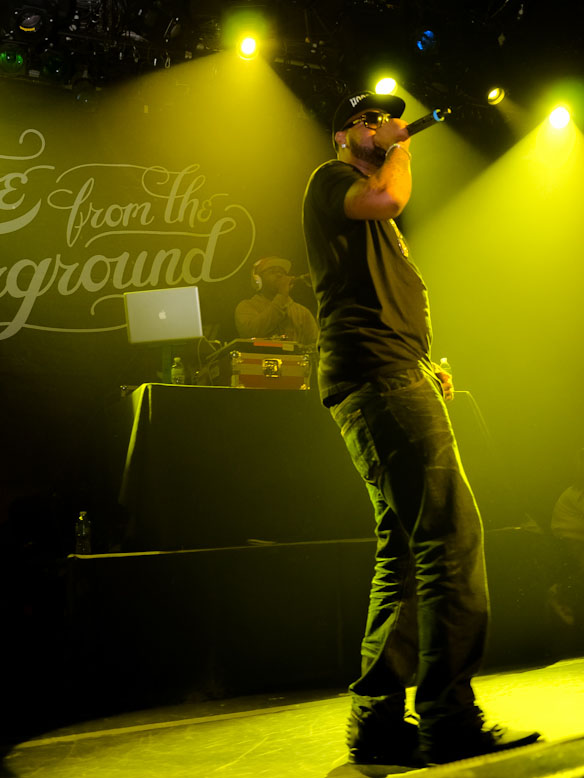 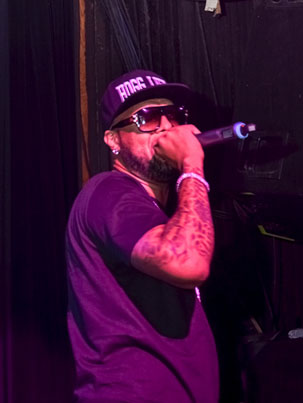 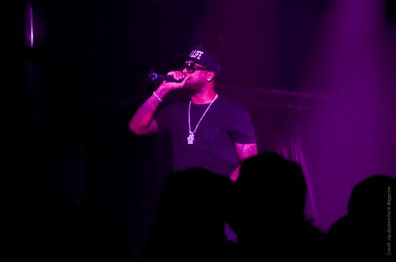 No Slim Thug appearance would be complete, without a few guest appearances. Killa Kyleon of the Boss Hog crew joined him on stage for a performance of a new track off Slim Thug’s mixtape, Thug Thursdays. The surprise of the night however came during Slim’s performance of “Look Who Creepin.” Crawling out from backstage came Paul Wall, to finish the song. The duo (pictured below) remained on stage to peform “Still Tippin,” a precise end to the set for a Boss. 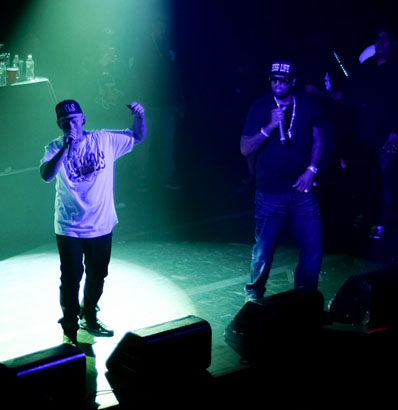 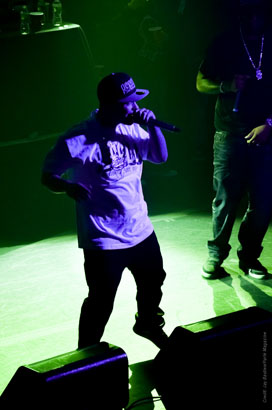 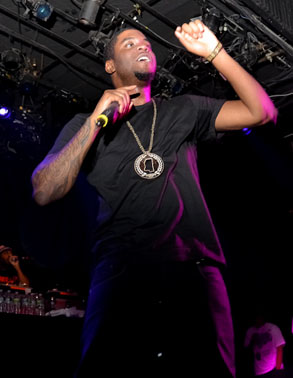 By now the crowd was thoroughly warmed up for their headliner. K.R.I.T. proved to be the most energized entertainer of the night, jumping onto stage with “Return of Forever.” The crowd packed in at this point, with late comers fully accounted for, rapped along to nearly every word as they did with his entire set. He went on to cover tracks off his muiltiple mixtapes as well as his debut album, also titled Live From the Underground, which was released earlier this year. “Forever and a Day,” “Yeah Dat Me,””Just Touched Down” and “Highs and Los” were some of the highlights. His short rendition of “I Rather Be With You,” singing on key, might have been the most impressive highlight of the night.

It’s never too hard to please true fans, and with a room full of true Hip-Hop heads of all race and creeds, K.R.I.T., headlining his own tour, back in New York for his 6th performance, this had to be the highlight for himself. A career had come full circle, for hopefully one of many turns around the industry. The show came to an end with a few more of K.R.I.T’s bangers, “Money on the Floor,” “Boobie Miles,” “The Vent” and finally “Country Sh*t.” No guest appearances needed to satisfy. 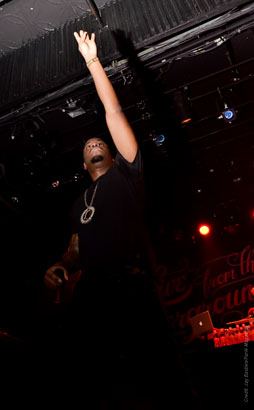 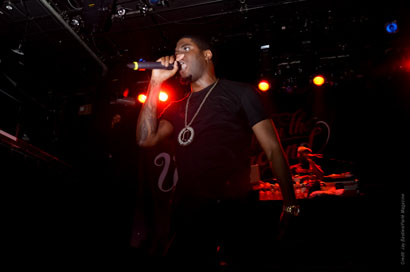 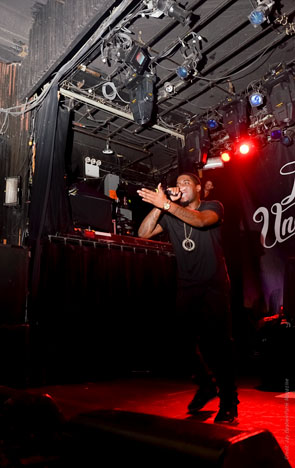 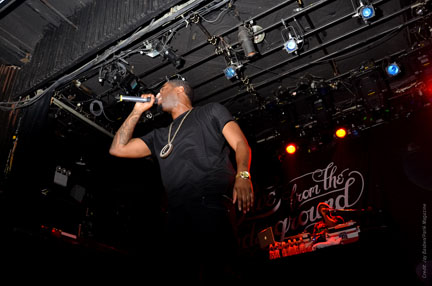 Today was a good day… for Hip-Hop.