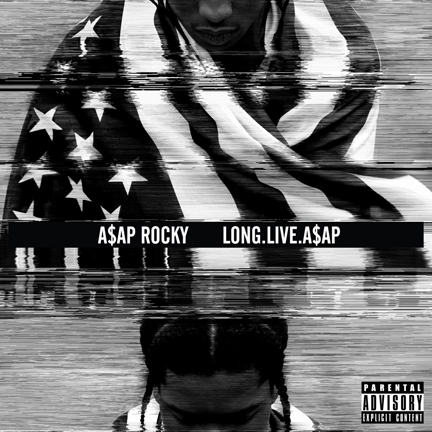 Funny what a year can get you.  After a hard working year from the Harlem native, A$AP Rocky will release his debut album, Long.Live.A$AP. on January 15th on RCA Records.  Off the strength of his 2011 mixtape, LIVE.LOVE.A$AP, Rocky has built enough buzz to be one of the most talked about rappers in the game, his debut might just be in the top 10 most anticipated albums of 2013.  Album cover artwork is above, full track listing is below…

15 Angels
Produced by Amsterdam for Square Off Music