His inspiration, talent, and position in the business derive from a long line of legendary output. Pedigree aside, his message is vital to today’s market. From his Got Mojo EP to current recordings, his brand is an exact representation of his plight. Parlé with us, as we bring to you Mr Rasta-Rock himself, Mojo Morgan who speaks very candidly on his heritage, his musical influences, as well as his new deal with Indie Powerhouse Krian Music Group; what should you expect from Mojo Morgan in 2013? Simply, A New Dawn.

Parlé Magazine: For those who may not know, tell them a little about yourself, who is Mojo Morgan?
Mojo Morgan: Mojo Morgan is 1/5 of the group Morgan Heritage, traditional reggae collective comprised of 4 brothers and 1 sister born to the legendary Denroy Morgan, who himself was the first Jamaican born reggae artist signed to a major label, RCA Records in 1984, on which he released the classic “I’ll Do Anything To You.” As a group we have achieved hit records such as “Lets Make Up,” and “Down by the River.”  Our performance at Reggae Sunsplash in 1992 lead to a deal with MCA Records where we continued to prosper releasing our debut album Miracles in 1994. Soon there after we returned to Jamaica to record with producers King Jammy and Bobby Digital for our second album Protect Us Jah until ultimately taking on production responsibilities ourselves on subsequent albums in 2004, 2005, and 2006. Its been a mission since 2008 to expand our brand and audience, and that is the goal of each of our solo projects.

Parlé: I want to congratulate you on your signing with Krian Music Group for the release of your forthcoming debut solo project. Give us a little insight on the process you undertook before signing, considering the interest from other labels.
Mojo Morgan: Thank you first and foremost. I would like to say that the signing and launch of the process to releasing this album has felt very good. It has been tedious but at the same time gratifying. This project was not rushed. I released an EP in 2009 titled, Got Mojo and at that point most of the material for the album was ready, yet in different versions. Since that time I have been at task to find a recording home that I felt most comfortable with; that would respect the music and my vision.

Parlé:  Ultimately, what was the deciding factor in settling on an agreement with Krian Music Group?
Mojo Morgan: The most important thing for me was maintaining creative control, something that I am used to from Morgan Heritage and the way we approach and value our music. That is the biggest challenge when considering label alliances. Settling on an independent label with major distribution was the best choice for me due to the fact that I felt like they could connect with the music, my resume, and my objective going forward to expand the audience.

Parlé:  Who would you say currently defines your audience?
Mojo Morgan: The fans of music being offered by acts like Gym Class Heroes, No Doubt, 311, Slightly Stupid, and legendary acts like The Marleys, be it Ziggy, Damion or Steven. Most of those who I have mentioned are American born artists who are heavily influenced by the traditional reggae sound, They have a hold on a certain fan base, and that is my target audience.

Parlé:  You are deemed, Mr Rasta Rock. What is the principle of the Rasta Rock movement?
Mojo Morgan: Rasta Rock is built on conscious realization as the tone in the music, which we are now pushing to a younger audience. The message and acceptance does not require any over consumption, be that of alcohol, drugs, partying, etc. We can have some drinks and have fun, but militancy is required, and the maintenance of our morals and composure when we wake up the next morning. That is the ultimate goal of Rasta Rock. We are not promoting putting ourselves or others at risk, life is precious and important. When we say “Rock-Out-Rasta” we demand sensibility. 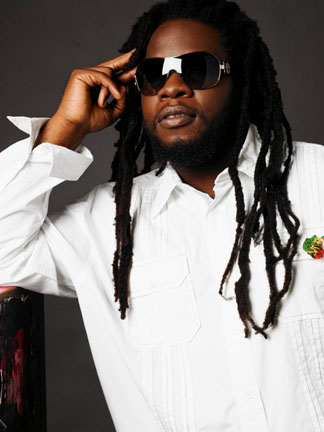 Parlé:  With the musical influences that you have mentioned, what elements if any would you say you have incorporated into your brand?
Mojo Morgan:  I would say the fact that my music, my sound, my brand is a ROCK-REGGAE-HIPHOP fusion hybrid. Listen to Got Mojo you would have to bring together the like of U2 and Bob Marley to accomplish the sound, that soul and edge all in one.

Parlé:  With the lead single “New Dawn,” what has some of the feedback been?
Mojo Morgan: The feedback has been amazing with my core following in the Americas as well as the Caribbean remaining very satisfied and supportive of the single. From what I have been told, there is potential for “New Dawn” to be the breakout single of 2013. My fans are very supportive of my consistency and the fact that I push the envelope; radio play has been very helpful, so has the viral support, now all we need is the sales to kick in (laughs). At the end of the day we know it takes time similar to the process others have taken. Take for instance Adele, everyone applauds her superstardom now, but look back 2 years ago, it was “Adele who?” or Amy Winehouse (RIP) for that matter, do people truly remember her release from years ago. Persistence is the key when coming from the left and being eclectic, trying to accomplish mainstream success.

Parlé:  What is the overall message of “New Dawn”?
Mojo Morgan: The message begins with the sampling of Nina Simone’s “Feeling Good” which my brother Peter sang on “New Dawn.” As a Black woman she sang for the rights of all humanity, all races, all genders. She urged people to overcome. For me that is a very personal subject, as only a few months back I too had to overcome a life threatening ordeal of a viral infection. I am urging my audience to be strong and overcome. Celebrate overcoming tribulations: alcoholism, abuse, drug addiction, depression, etc. We want the people to tune into our movement, forthcoming is the website (www.mojomorgan.com), they can also tune into my social media (Facebook: Mojo Morgan; Twitter: @mojomorgan)  as we push the Rasta-Rock Movement and give people a new look on life, and exemplify new possibilities in music.

Parlé:  Going forward what should the people be on the lookout for, 2013 and beyond?
Mojo Morgan: Myself, Mojo Morgan and the Rasta Rock Movement will be in a city near you stay tuned to my social media feeds for updates and information as we continue to push the envelope and sustain the movement. Overall, I want people to ‘LOVE LIFE, and LIVE’ as they support Mojo Morgan and the Rasta-Rock Experience.

Xaviera Ashiedu
Processing…
Success! You're on the list.
Whoops! There was an error and we couldn't process your subscription. Please reload the page and try again.
non gamstop on BestUK.Casino