Home Interviews Eric Bellinger – The Man Behind Your Favorite Song

Eric Bellinger is on his way to becoming one of the  biggest new faces of R&B music. Writing for successful artists such as Ne-Yo, Chris Brown and Usher as part of songwriting collection, The Writing Camp, was not enough to showcase the talent that he possesses. Now, embarking on his own career journey of reaching the greatest heights of the music game, Bellinger decided it was his time to be front and center. Releasing his mixtape Born II Sing Vol. 3, he is quickly finding the path to solidify his spot. During a time when the music scene has no specific location, Bellinger represents the West Coast and doesn’t mind carrying the torch. On a warm Spring day in New York City, Parlé Magazine was granted the opportunity to speak with the talented young man about his journey, writing for Chris Brown (“Fine China”) and what he plans on bringing to the music game.

Parlé Magazine: What made you pick music as a career?
Eric Bellinger: I think music was what I was supposed to do. I initially wanted to play football and then it came to a point where I had to decide what I really wanted to do. I had a few injuries that I had to go into recovery for and during that time I went on an audition.

Parlé:  Did you start out as a writer or an artist?
Eric Bellinger: An artist first, I was actually doing singing groups and I was signed to many different labels. I did the group thing for about six or seven years and that’s when I started writing. The group thing was cool but that was during the time of B2K and the other groups were breaking up. I decided to do it on my own and chose writing because a lot people were getting into the industry that way. 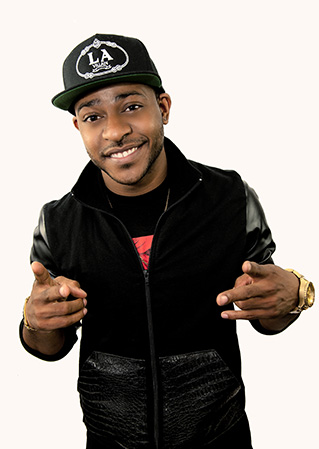 Parlé:  Are you only focusing on doing mixtapes or is an album in the works?
Eric Bellinger:  I have been doing the process of putting out mixtapes along with writing for other artist. Born II Sing Vol. 3 is what I’m pushing right now but I am working to put together an actually album.

Parlé:  How did writing “Fine China” come along?
Eric Bellinger: We did the song in a camp. I was in a two month camp where from 12am to 3am the next morning, we were just working. We came up with some great songs but I’ve been working with Chris [Brown] since earlier albums.

Parlé:  Did you get a chance to write for yourself during the camp?
Eric Bellinger: At the camp, Chris booked out the entire studio and he was bouncing in and out the rooms.

Parlé:  Nothing ever came to you?
Eric Bellinger: Of course there were some songs where I was like, “man that’s crazy right there,” but once he’s like I’m not going to use this, then I’m like ‘I’ll keep that one’.  If I get married to a song and he loved it, I would be mad at myself.

Parlé:   Where are you hoping music take you?
Eric Bellinger: I definitely want to do an entity like Bad Boy, Maybach Music, YMCMB or G.O.O.D Music. My company is called YFS which stands for Your Favorite Song. We’ve been developing producers, writers and looking into signing artists. I want to be legendary, a mogul and someone people will look up to and idolize.

Parlé:  Speaking of signing artists, are you working with anyone else right now?
Eric Bellinger: More so focusing on my music. I just got off the two months with Chris Brown and I’m doing some stuff with Jennifer Hudson.

Parlé:  What do you want people to get from your music?
Eric Bellinger: I want to restore the space that R & B music was when it was cool. Before the ratchetness, to the good music that it once was. 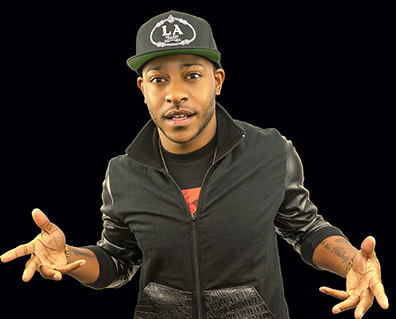 Parlé:  Do you have your hand in everything that you do?
Eric Bellinger: It’s just me and my manager doing everything ourselves. You really can’t trust everybody with your vision.

Parlé:  Do you want to remain independent for the most part?
Eric Bellinger: Yeah. I would stay that way as long as possible because you own everything and you’re not giving away your work to someone. I want to eventually go major but I want to make sure they do what they say they will do.

Parlé:  What’s your thought process in the studio?
Eric Bellinger: I don’t have one. I let the music the take me where it wants to.

Parlé:  What more can we expect from you?
Eric Bellinger: Expect more visuals from the mixtape. I just put out my second single, “Say Now” which is playing on the radio right now. We’re about to shoot the video to “Club Life” featuring Tank. We’re letting those singles marinate first before we hit the people with something else.

Parlé:  You’re originally from Compton. What do you think about what Kendrick Lamar is doing for the city and the coast?
Eric Bellinger: It’s incredible and I think everything he is doing is a blueprint by the people that came before him. He has a small team as well and he sold a project where he let people know that his music is worth it. As people listened to him they began to respect him more. It’s like with my music, we’re real particular on the music we put out.

Parlé:  If it came down to a choice, would you choose to be the artist or the songwriter?
Eric Bellinger: Definitely the artist. Being on stage gives me a rush and I love being the center of attention.

Parlé:  Thank you for your time, appreciate it.
Eric Bellinger:  Thank you.

[INTERVIEW] K. Michelle On Why All Monsters Are Human, Music & More

[INTERVIEW] JoJo Hailey Opens Up About Embarking On Solo Career