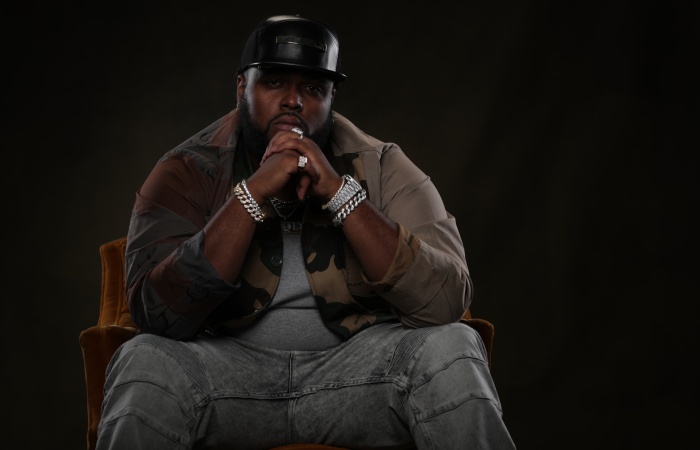 North Carolina native, Trappa Madeit is quickly making a name for himself, landing success with his single “Stormin’” featuring NBA Youngboy and Moneybagg Yo. Trappa, a self-taught musician, who epitomizes grit and determination has found success quickly, after his recent move to Atlanta. We had a chance to talk to the up and coming rapper about his beginnings and what fans can expect next from him.

Parlé Mag: You are a producer and a rapper. Did you start producing or rapping first and when did you begin to transition into the other and why?
Trappa Madeit: I started off producing first. I used to make beats for people and most of the time while they were listening to them in the studio, I’d also come up with lyrics too. They would tell me that I should be rapping too, so eventually I decided to start writing for myself.


Parlé Mag: Who are some of your major influences rap and production wise?
Trappa Madeit: Major rap influences for me are Young Jeezy, T.I. and Mystikal. Production wise I’d have to say Timbaland, Kanye West, Zaytoven, and Mike Will Made It.

Parlé Mag: You’re from North Carolina but you recently relocated to Atlanta. What prompted your move?
Trappa Madeit: I moved to Atlanta right after the collaboration of “Stormin” with NBA Youngboy & Moneybagg Yo. To me, it made sense to be closer to the city where most of the talent in today’s Hip-Hop is coming from.

Parlé Mag: How has North Carolina influenced your music and since moving to Atlanta how has their sound impacted your music?
Trappa Madeit: I can’t really pinpoint just one area for being responsible for the impacting my music or musical style. I’ve lived in so many places throughout my life,  North Carolina is just my birth home. I appreciate all sounds and forms of music from all over and I can say that they’ve all played a part in my music and style.

Parlé Mag: You released the aforementioned single “Stormin'” late last year. Can you tell me how that collaboration came about with Moneybagg Yo and NBA Youngboy.
Trappa Madeit: The song that was wrote for that beat was actually a different song written by myself, I sent it over to NBA to put his verse on and he was feeling a different vibe for that beat. So I scratched it and let him do his thing on the hook. Once he sent it back to me it was fire! So I laid my verse down, I was actually done with the song but after listening to it I felt as if it needed one more verse. So i reached out to Moneybagg and he put his verse on. The whole song was finished in like a week.


Parlé Mag: Wow! So from that, you are currently working on your debut EP Already Rich. Tell me a little bit about that? When can we expect for it to arrive?
Trappa Madeit: Yes, I am currently working on Already Rich. I called it that because I’m coming into the music industry already with everything that most people gain after being a success with their music. I have more major features on this EP as well. It is expected to be released around February 2019.

Parlé Mag: If you had to introduce yourself with a song, what song would that be and why?
Trappa Madeit: “Fortunate” would be my introduction song. Because every word I wrote is 100 percent true. In the hook of this song it says, “Could’ve been me dead in these streets, Locked up doing time without nobody to see. Made it off the block no open cases on me, can’t predict the future but it’s easy to see, I’m fortunate!”

Parlé Mag: That’s a pretty good introduction, and that rings true for a lot of people coming from your background, or just overcoming life’s circumstances in general. We’re all fortunate.  Is there anything else you would like to add?
Trappa Madeit: I just want to thank my family, friends and fans for all their support, Asheville we made it!!