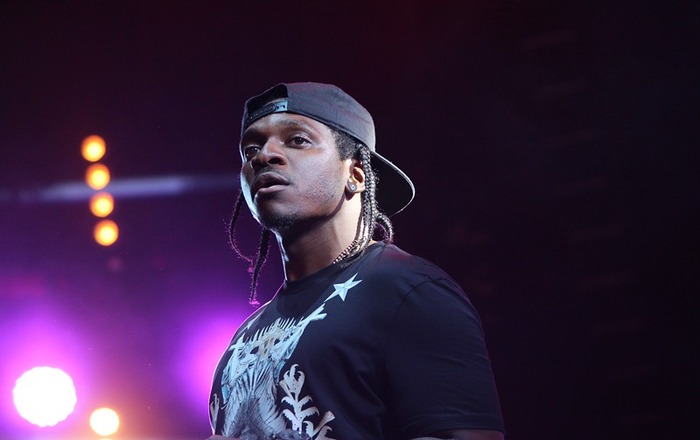 It appears that Dame Dash is the only person still rocking with Kanye West. Recently, Clipse superstar Pusha T stepped down as President of Ye‘s record label G.O.O.D. Music. “He’s [Kanye] not speaking to me now. If you ain’t with it, you ain’t down. And I ain’t with it. I’m not budging on that. I’m not with it,” spoke Pusha regarding his departure.

Pusha T initially aligned with G.O.O.D. Music in 2010, ultimately becoming President of the music label in 2015. Following Kanye West’s recent outbursts against the Jewish community, with him even giving praises to Adolf Hitler and the Nazis, the “Grindin” rapper made it clear to Ye that does not agree with the remarks he spewed towards Jewish folks and other Hollywood groups. ”As a Black man in America, there is no room for bigotry or hate speech. So yeah. It’s been very disappointing; let’s talk straight,” said Pusha.

Def Jam, the parent company of G.O.O.D. Music, terminated its business relationship with Ye‘s label in October 2022 and specified that their working relationship with the “Heartless” singer concluded in 2021. Now, Pusha T partakes in a 50/50 deal firsthand with Def Jam for his music underneath his own music imprint, Heir Wave Music Group. Pusha told XXL in the November interview that he hasn’t spoken to Kanye since he transcribed his distaste.

“I was still on tour. I just expressed myself. I express myself to him [Kanye] a lot. He expressed his thoughts to me,” Pusha T stated. “And he got off the phone saying, ‘Thank you. I know you don’t agree with me, but you never kill me in the public. And some people can’t wait to do that.’” Pusha recalled even bumping heads with Ye back in 2016 after he supported the presidential campaign of Donald Trump. “People gotta remember, too. This isn’t new for me, when it comes to disagreeing with him [Kanye] politically and things like that.”

Pusha T furthered: “Remember, I’m the one that said the MAGA hat is the new Klu Klux Klan hood while he’s [Kanye] making my album. He beefing with Obama. I met Obama. But it’s the same thing with him and the Drake thing. I’m going through this and that, & he’s doing shows [with Drake].”

Master P Feuds With Romeo Online: “And If I’m Wrong, Forgive Me”