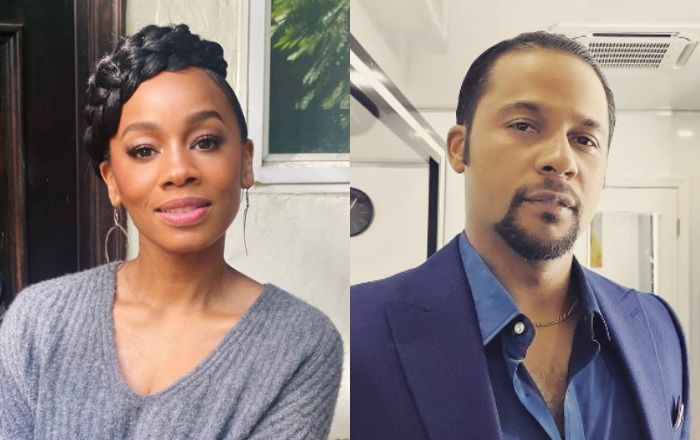 On Tuesday, January 17, the gleaming newlyweds made the shocking announcement while gracing the cover of Brides’ “The Music Issue.”

“Soooo, did a big something. Your Princess has found her Prince,” Rose took to her Instagram to share her sentiments on the exciting new chapter. “And @jasondirden and I are very happy.”

Of course, the news comes as a stunner to most, seeing as though the Dreamgirls veteran and Dirden (seemingly) kept their relationship out of the public for quite some time now.

According to their recent interview with the bridal publication, the now-lovebirds actually met on the set of Broadway’s production of A Raisin in the Sun. Rose and the Greenleaf trouper were cast in the theatrical depiction in 2014, and from there, a solid friendship was born.

However, although the two’s bond was undeniable, it wasn’t until later that they explored the possibility of a romantic connection.

“We both went off and did our own things and were disconnected for a while then swung back,” Rose told the outlet before Dirden added: “It was the right moment for both of us to be open and available for the possibility of what we have now.” 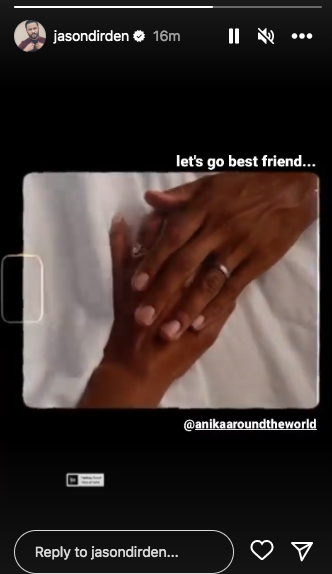 Upon revitalizing their alliance, Rose and Dirden realized that there were more than nice talks on the sidewalk and bouncing lines off of each other on stage lying beneath the surface. In fact, that hidden sense of lust had grown into love between the pair.

“Neither one of us really planned to end up with somebody in the business. We have a lot of fun. We laugh a lot, which is really, really important. And we don’t talk so much about the business,” Rose gushed.

Dirden affirmed Rose’s statement by recounting how at home they’ve always felt whenever they were in each other’s presence.

“We created this friendship walking sixty blocks from rehearsal to the gym, just talking about life, or about anything really,” he recalled. “It had nothing to do with the play that we were working on. There’s always been that kind of comfort and ease between us.”

Dirden popped the magical question over a Secret Santa Zoom call with family and friends in December 2021. Ultimately, they jumped the broom on October 16, 2022, at The Paramour Estate in Los Angeles, California. The ceremony was officiated by Euphoria’s Colman Domingo, with fellow Greenleaf star Deborah Joy Winans as a member of Rose’s bridal party.

Kicking off her career in New York, singer-actress Anika Noni Rose (a native of Connecticut) is best known for her work as the voice of Disney’s ‘Tiana’ in The Princess and the Frog, as well as her roles in Dreamgirls, The Quad, and the Starz series Power.

You may have grown familiar with actor Jason Dirden through Tyler Perry’s House of Payne, Greenleaf, American Soul, and more recently, the Mahalia Jackson biopic on Lifetime.

Congratulations to The Dirdens on their nuptials!

Drop some good wishes for the couple in the comments below!