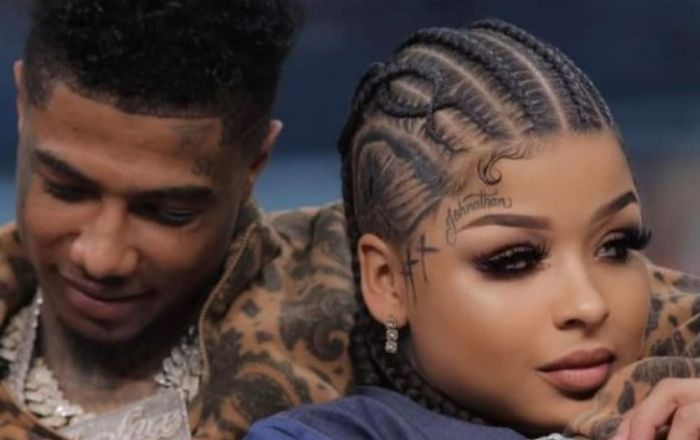 LA rapper Blueface slights his girlfriend Chrisean Rock during a Twitter rant referring to his baby’s mother as an “ideal woman”.

On Wednesday January 18, 2023, Blueface went to Twitter to vent about Chrisean and their rocky relationship that has been in the public eye ever since they made things official in 2020.

Blueface’s first tweet referenced the altercation between himself and Chrisean’s family in which the rapper felt she should’ve stuck up for him more by fighting her family, which Chrisean expressed she did not agree with. Blueface felt as though a spade should be a spade as she would have expected him to fight his family.

Chrisean has been in physical altercations with both Blueface’s mother and his sister, and in both instances, he was there in support of Chrisean. He goes further to express that when in a relationship he feels that if one partner is down to do something for the other it should go both ways, and if not, that is a red flag!

He then referenced his baby mother, Jaidyn Alexis, stating: “I’m so glad I got 1 BM an she a good one thank you Jesus.” 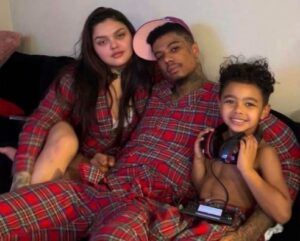 Food for thought: rock didn’t fight or attempt to fight anyone in her family for me her explanation“i don’t agree with fighting my family” but volunteer me to fight mine when put in the same uncomfortable position that’s crazy work stand on yo principles or be held accountable

In the midst of Blueface’s tweets, Chrisean snuck in a few of her own to defend herself. According to Chrisean, she’s heartbroken and tired of Blueface mentioning the mother of his child.

“Not Finna beef with a n-gga on Twitter pull up. I’m not Finna have u use me as bait n let you side with ppl dat hate me,” Chrisean wrote in a since-deleted tweet. “Stop calling me rock it’s chrisean weird ass n-gga. Stop tweeting about me wen u can go be Blueface n be whatever n do whatever.”

She continued: “Leave chrisean out of the Twitter finger shit. You Not worried bout my mental health/ spirit rn. You a man tht break me apart bit by bit wen I’m at our house depress sleeping.”

Chrisean returned with more tweets that are still on her page and called out Blueface for throwing his baby’s mother into the mix. She also called out the rapper for tweeting this rant while lying next to her.

Tweeting but literally laying right next to me crazy