Modeling, acting, singing, dancing, piano and guitar lessons; not to mention running a company that promotes safe driving through signs. One would expect these responsibilities to be for a person at least between the ages of 25-30.

3LW would’ve choked in any competition at the sight of these three young women from Columbia, South Carolina women. Sisters Tiffanie, 15, Twana, 15 and Victoria Williams, 14, started Drive Safe Teens in 2004. The company sells magnetic stickers to new drivers, as well as senior citizens, and drivers with handicaps. 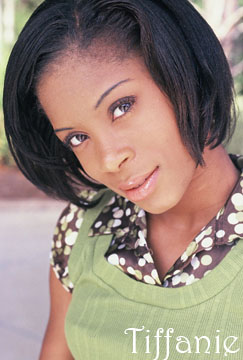 “It all started when our aunt was learning how to drive, and we were learning how rude some of the motorists were,” Tiffanie the president of Drive Safe Signs explains. “That’s how we got into it, because we knew we would be driving in five years.” Tiffanie is the first of her sisters to hop behind the wheel officially, as she owns a 2009 Chevy Traverse.

The sisters live with their grandparents, who have helped push them in the right directions with running their business. “Our grandparents went along with the business, and customers helped us with the development when they asked where we got our signs from. We couldn’t sell it at the time because we didn’t have a patent yet,” Tiffanie recalls from the early years.

Their aunt, who was 16 at the start of the company, helped the sisters get Drive Safe Signs off the ground. Their aunt, Chestina, has since left starting her medical assistance program in college.

Now the three sisters remain with their managers, and their grandparents who also do a great job of maintaining their involvement in many forms of the arts and music, as well as keeping the snot-nosed boys out of their way. 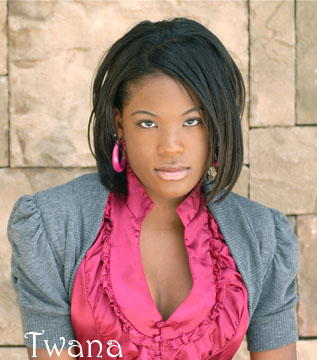 “Our grandparents don’t oppose to us having boyfriends, but there can’t be any slang talk, and they must be doing something with their lives,” Twana, the bubbly Vice President of Drive Safe Signs jokes about any boys in their lives. “Other than that, not if you’re going to deter me from what I’m doing.”

For the most part, you couldn’t look to BET or any teen magazine for their inspiration, because it’s right at home. “They influence us to do a lot of stuff, to make goals in life and reach them, and that goes for everything we want to do,” said a reverent Tiffanie of her family.

The sisters are homeschooled, through Provost Academy, which is a free public online high school for South Carolina residents. This system goes hand-in-hand with their busy schedule.
These Williams sisters might as well be playing Tennis, as they go back and forth from school, to ballet on Monday; business errands on Tuesday; piano, (through which Twana learned to play Gucci Mane’s “Wasted,”) guitar and voice lessons, then school, and then dance lessons that start at 5:30 and can last for up to 4 hours on Wednesday. They have school all day on Thursday, Friday, and Saturday leaving Sunday as their only time to rest up and prepare to do it all over again!

This hustle-and-bustle lifestyle has fueled their ambition for their future even more. The sisters’ recently signed to Elite Model Management another notch on their belts. The move gives Tiffanie a boost for becoming a model. “It’s easier to model, instead of filing for business licenses and doing taxes.”

Being tall and skinny, and very pretty, she fits the bill better than any dead president would ever hope to. Twana has hopes of becoming an actress, and her effervescent personality definitely wouldn’t hold her back from this aspiration. Victoria Williams, the baby of the bunch as far as age goes, wants to become a lawyer in the future. 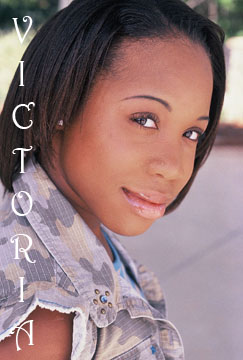 There are differences of opinion, as most sisters born within 14 months of each other would have whether it be how a Drive Safe Sign may look or what activity to get into next. However, at the end of the day, all three sisters have one great goal in common, which is to help people. “I like reading customer testimonies,” said Victoria, who holds the Customer Relations title of Drive Safe Signs, as well as the most southern-twanged accent of the three. “It makes our day worthwhile.”

The new year will start off with the sisters heading to the Big Apple to engage in talks with other modeling agencies, as well as meeting with producers for movies and commercials. How’s that for a start to the year?

The sky is the limit for most people, but for these three young women on the rise, the sky may not be enough!