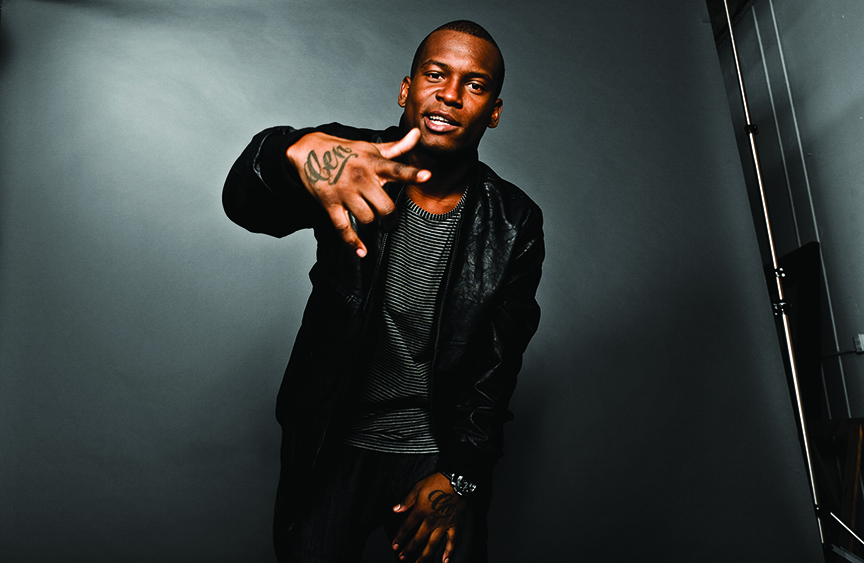 Going straight from EPs to one of the top 10 Hip-Hop/Rap albums on iTunes, there’s no question what to expect from Fashawn: amazing delivery from a shining Hip-Hop star shooting to the top.

Making his LP debut with Boy Meets World, which featured singles such as “Samsonite Man” and “Life as a Shorty,” it’s great to see a humble young artist on the rise that has no plans on settling in, but instead, going further up in his pursuit of not only making a name for himself, but also making his story known. With comparisons made to Nas, Fashawn continues to speak from a past eyes-below-the-dash perspective with an optimistic driver-seat overtone of it-only-gets-better-from-here. It’s that same optimism that’s continuing to set the bar higher and in his case he has the talent to back it up.
I was fortunate enough to ask Fashawn some questions as to how the industry is treating him. Here’s a look at the interview.

Parlé: How’s the Europe tour going? Was it your first tour out of country?
Fashawn: Europe is an amazing place to tour and to visit. I discovered I have a
lot of fans over there. This is actually my 2nd time touring Europe. My first visit was in the spring of 09′ with Evidence of Dilated Peoples.

Parlé: I read that you started skating at the age of 10. What got you into it?
Fashawn: Just being from California and seeing the culture first hand. I remember selling all my Nintendo 64 games just to buy my first skateboard. Just like Hip-Hop, skateboarding started in the streets. I still grab the board every once in a while when I’m not busy rhyming.

Parlé: How excited are you about your first official album? Was it everything you wanted it to be?
Fashawn: I was amazed when I found out I made the top ten Hip-Hop/Rap albums on iTunes, in the company of people like Jay-Z, Drake and Eminem. I felt like I had come a long way and finally I’m getting acknowledged for all the hard work I put in.

Parlé: What would you say are some differences in working on mixtapes and albums?
Fashawn: On my mixtapes I like to experiment with many different sounds and
topics. On my albums I want them to have a signature sound and feel to them. Also, the mixtapes are free and are usually filled with more music than the actual album.

Parlé: Where’d the name for the album come from?
Fashawn: Boy Meets World was actually a television show I watched growing up.
I thought the title fit perfect for an introduction album. It allowed me the freedom to creatively tell my story and invite people into my world. Every song is like a different episode.

Parlé: How was working with Exile?
Fashawn: Exile was actually pretty difficult to work with. A majority of the album was created via e-mail. I would send him a rough copy of a song I had recorded and he would send his criticism back. He did that often. I would go back and re-write lyrics and re-record vocals. The first time we got to work together in person was a lot smoother. I spent a week in L.A. at Exile’s crib and recorded the songs that completed the album.

Parlé: I liked what you said in a D.J. Booth interview when you said “You can’t just hop on a Exile beat and talk about how fly your shoes are…” Other than that, what would Exile do to make you step it up?
Fashawn: It was just the conversations we would have when the music was off. We would talk about other one producer/one MC albums, Hip-Hop, religion, politics etc. That’s how songs like “Stars” and “Father” were born. That’s what really made me step it up in addition to Exile’s constructive criticism. I knew I had to make an impact with my first LP.