Skip to content
Home » Health Care Reform Passed—But What Does This Mean??? 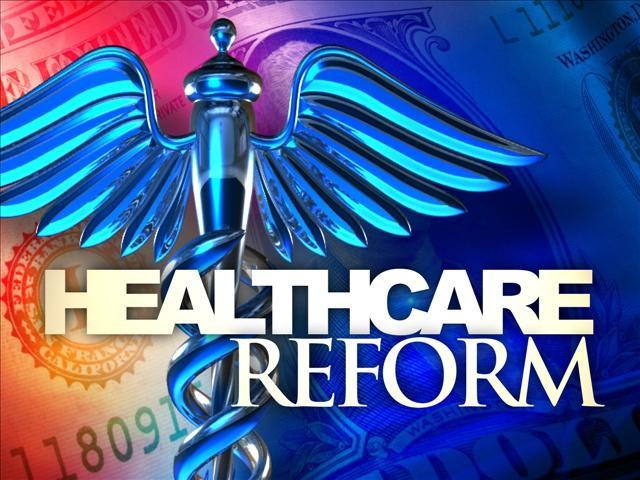 The House of Representatives voted on a landmark Health Care Reform Bill to grant health care to all Americans. Many of you may wonder what impact or benefit this legislation will have on you. That’s understandable! Fortunately, our friends at the HuffingtonPost did an excellent job of summarizing the key benefits that will take place immediately when President Obama signs this bill tomorrow. Here are the highlights.

1. An End To Pre-Existing Conditions – Health Insurers cannot deny children health insurance because of pre-existing conditions. A ban on the discrimination in adults will take effect in 2014.

2. Small Business Tax Credits – Businesses with fewer than 50 employees will get tax credits covering up to 50% of employee premiums

3. Seniors Get ‘Donut Hole’ Rebate – Senior citizens will get a rebate to fill the so-called “donut hole” in Medicare drug coverage, which severely limits prescription medication coverage expenditures over $2,700. As of next year, 50 percent of the donut hole will be filled.

4. Younger Adults Covered On Parents’ Plans – The cut-off age for young adults to continue to be covered by their parents’ health insurance rises to the age 27.

5. No Lifetime Caps – Lifetime caps on the amount of insurance an individual can have will be banned. Annual caps will be limited, and banned in 2014.

6. Adults With Pre-Existing Conditions Covered – A temporary high-risk pool will be set up to cover adults with pre-existing conditions. Health care exchanges will eliminate the program in 2014.

7. New Insurance Plans Must Include Preventative Care – New plans must cover checkups and other preventative care without co-pays. All plans will be affected by 2018

8. The End Of ‘Recissions’ – Insurance companies can no longer cut someone when he or she gets sick.

9. Transparency In Insurance Companies – Insurers must now reveal how much money is spent on overhead.

11. Indoor Tanning Services Tax – This tax will impose a ten percent tax on indoor tanning services. This tax, which replaced the proposed tax on cosmetic surgery, would be effective for services on or after July 1, 2010.

13. Medicare Expansion To Rural Areas – Medicare payment protections will be extended to small rural hospitals and other health care facilities that have a small number of Medicare patients.

14. Deductions For Blue Cross Blue Shield – Medicare payment protections will be extended to small rural hospitals and other health care facilities that have a small number of Medicare patients.

15. Nutrient Content Disclosure – Chain restaurants will be required to provide a “nutrient content disclosure statement” alongside their items. Expect to see calories listed both on in-store and drive-through menus of fast-food restaurants sometime soon.

16. Better Coverage For Early Retirees – The bill establishes a temporary program for companies that provide early retiree health benefits for those ages 55-64 in order to help reduce the often-expensive cost of that coverage.

17. Better Consumer Information On The Web – The Secretary of Health and Human Services will set up a new Web site to make it easy for Americans in any state to seek out affordable health insurance options The site will also include helpful information for small businesses

18. Encouraging Investment in New Therapies – A two-year temporary credit (up to a maximum of $1 billion) is in the bill to encourage investment in new therapies for the prevention and treatment of diseases.

The breath and scope of this bill is wide-ranging and transformative. It has the potential to reshape our lives in a positive way for the next hundred years. Over the next few months, many Republican voices will speak in opposition to this bill in the wake of the November mid-term elections. This is purely a political maneuver. In fact, John McCain supported seventy percent of this bill during the 2008 election. So don’t be fooled or misled by negative attacks.

Last night the Democratic Party took a bold step towards offering real and meaningful Health-Care reform. I don’t believe the bill went as far as we needed, but it does take a giant step in advancing health care reform. If you support this first step, then make sure your voice is heard in November when these same courageous Democrats seek re-election.

Together we can ensure that Health Care is not a privilege of the lucky… but a right for all Americans.

Also Check Out:
A Quick Lesson In Economics
Misunderstanding President Obama
Your Participation in the 2010 U.S. Census is Important!
The Real Crisis In Haiti
Undeniable Definition: A Blended Beautiful Mix of Races