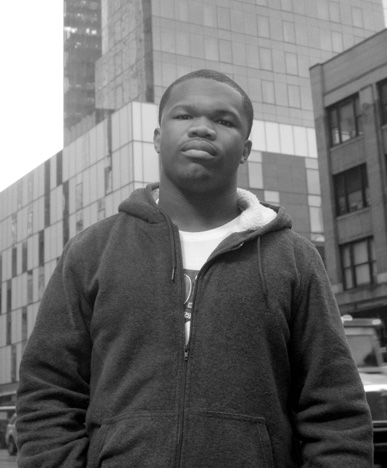 The internet has proven that it can take the average to new levels. In this day and age, the budding rapper, singer, comedian and actress can become an overnight sensation from the amount of hits received on YouTube. In 2010 a young man by the name of 50 Tyson emerged through the cyber avenue and took place in the forefront of the internet society. Hailing from Minnesota, at the ripe age of 16, 50 Tyson put together a few freestyles and released them to the world via YouTube and became the latest internet celebrity superstar. Parlé Magazine was granted the chance to sit down and have a conversation with the budding rapper. At the Milford Hotel in Times Square on a rainy Tuesday 50 Tyson was eager to answer a few questions.

Parlé Magazine: Why did you want to become a rapper?

50 Tyson: The reason I wanted to become a rapper is because rapping is my thing and that’s my thing to do.

Parlé: Did you think your videos were going to get that many views?

50 Tyson: When I was school, one of my friends told me that I had like a million hits on YouTube. At first I didn’t believe that but I knew I had a lot of videos out. I didn’t know that I was blowing up so fast and when I looked for myself I was shocked.

Parlé: Did you think anything would happen after you put out your first video?

50 Tyson: Nope, it just came up. A lot of people just started coming up to me from my area after noticing that I was rapping on the internet.

Parlé: How did you come up with the name 50 Tyson?

50 Tyson: Boys called me 50 and girls called me Tyson then I decided to put it together and come up with that name.

Parlé:  How does it feel to have fans and people who believe in you?

50 Tyson: It feels really great, I appreciate the fans showing me love and showing me all the support I needed with being one of the leaders with autism.

Parlé:  How are you beating the odds of having autism?

50 Tyson: I am a spokesperson for people with autism and I want to be one of their leaders and help them out. I want to bring awareness and show that you can anything you want no matter what. Even though I was born with it and I am the only person in my family who has it, I knew I could become a rapper either way.

Parlé:  What rappers do you look up to?

Parlé:  What other potential career goals do you have?

50 Tyson: I would like to become an actor and a spokesperson.

Parle: How do you define your music?

50 Tyson: I feel like myself when I’m rapping and I express myself through my music.

Parlé: How did you come up with “Don’t Know How to Dougie.”

50 Tyson: One of my record label mate’s came up with the hook and I started coming up with my verse and the dance.

Parlé:  What approach do you take when making music?

50 Tyson: When I’m in the booth, I’m comfortable. I don’t write my verses, I mostly freestyle. 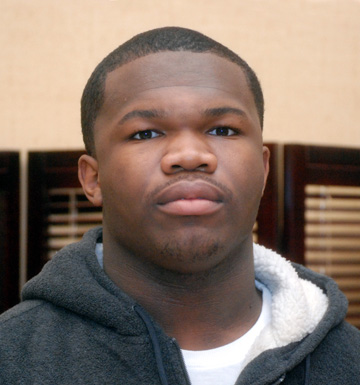 Parlé:  What can we expect next from 50 Tyson?

50 Tyson: I got a song called “Icy” and another called “Tippy Toes” coming out and a release party. I’m working on my album and I have a mixtape coming called, 50 Tyson.

Parlé:  Thanks for your time.

No matter what people say Hip-Hop is Hip-Hop. Music is a universal language and many people out there want to express their feeling through it. 50 Tyson idolized rappers and in the meantime decided that he would pursue his dreams of becoming one. We were always told to dream and dream big, this young man is putting that advice to use. We all should applaud and commend him for what he has accomplished and will continue to accomplish. Kudos…