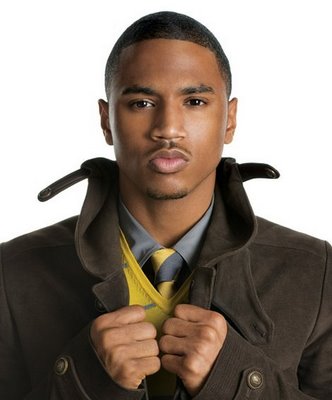 At first blush–and there will be many more to follow, if the listener is of the demure and/or tad prudish variety–Trey Songz’ “Fuckin’ Problem” treatment appears to be a touch disappointing, a worthy enough, rather explicit sex rap over one of the slinkiest, coquettish beats around that is predominantly disappointing because it is not the masterful example it could be of Songz finally staking his claim as successor to R. Kelly’s crown by laying down a sex sing-rap over what is one of the slinkiest, coquettish beats around; handling the track, so to speak, as he claims he does a woman.

Beneath that lacy outerwear, however, resides bars that alight upon some relatively touchy sexual/cultural/racial issues. Boasting about ones sexual prowess, of course, has been fodder for poet and troubadour alike most likely since expression began, and the Chanticleer-like swagger with which one may imbue one’s own masculinity is a time tested method of such. Such boasting, of course, takes on a different form when performed by a black artist, never mind one whose canon is littered with sexually charged music, against the backdrop of myths and stereotypes that surround black men. Granted, a well known stereotype about endowment is far from the worst thing black males face in American society (I feel safe to say this, despite being white, on the basis of my own friend having being pulled over for a DWB–driving while black–on multiple occasions, which, even if it were to be the worst experience with racial profiling he would ever encounter in his life, would seem to me to be more damaging than the notion that one is, to put it bluntly, hung), it is both encouraging and a touch unsettling to hear someone steer so directly into the spin.

Far more risque is the direct confrontation of a far more acerbic racial sexual stereotype, when Trey informs the listener that “white hoes love nigga dick.” Much like the carnal overtones of Kanye’s “Monster” video, this calls back to a time when the irrational fear of black men running wild and forcefully taking white women (which helped make cocaine illegal and served as an integral plot point in the hideous The Birth of a Nation) was just one of the many inky tributaries funneling into a river of ignorant hate.

These are deep, ingrained issues, which, while predominantly eliminated from the day to day, still simmer beneath the surface, and for whatever reason, they come to mind to me here, where I hope I have treated them with the detachment and respect a loaded topic deserves. Of course, rather than let me over think and pontificate on some verses about one of man’s most base desires, one could simply listen to that catchy hook snap, 2 Chainz form a rounded, hot hook like a glassblower, and just simply enjoy Trey Songz talking dirty, if one wants.