Designer Urbana Chappa Is A Powerful Voice In Fashion

Urbana Chappa is a celebrity stylist turned designer but at her heart and soul is a woman who is finally, at last, learning to be comfortable in her own skin. Her line, Maison de Urbana, is an extension of that empowerment and how she would like other women to feel.  “Being a woman isn’t easy and that’s why I wanted to create a line that was gonna make us feel good and sexy and we don’t have to go out there and show our tits and ass to get attention,” Chappa explained.

Maybe men will start respecting us more if we present ourselves better,” Chappa said.
A central component of Maison de Urbana is the use of Burqas.

“I was inspired by the Burqa and we had some bloggers who were like, I can’t believe she’s taking this religious piece and making it so sexy and I wasn’t doing that. I was inspired by how even though women don’t have a voice in the Middle East, I think that there voice is more powerful than anything,” she said.

Urbana Chappa wanted to bring that sensation alive through her apparel line, especially as it relates to how women in the U.S. often dress in regards to leaving little to the imagination. 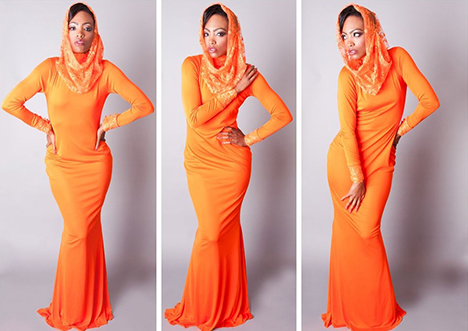 “We can show more skin but not realize that our voice is more powerful through our eyes. It’s connected to our souls and so that’s more worth than anything,” she said.
The mother of two recently unveiled her collection, which she spent over six months working on, at New York Fashion Week this past February.
“I did my line in about seven months and to be asked to go, it was such an honor and then coming back to LA and being wanted to show my stuff here, it was ‘oh my God. It was such a success.’ We had major people there, family and friends.“

Chappa was particularly pleased because she envisioned any woman being able to wear an article of clothing from her collection.  “I’ve gone to so many fashion shows where you see these models and say, wow that’s so beautiful but I could never wear that,” she said.  “I’d never look good in that, but I wanted a line where coming down the runway everybody, an older woman, a mother, a pregnant woman, whatever could say, wow I can really see myself wearing that.”

The launch of Maison de Urbana was after years spent designing celebrities such as Natasha Henstridge, Philip Lawrence and Diane Warren. Songwriter Warren encouraged Chappa to create her own line. She finally did so and started the process by enrolling at FIDM from where she is currently on hiatus. It was a career path that was forged after struggling for a breakthrough as a singer and dancer.  “I actually was into music. I was a dancer and a singer and I was always into fashion. I loved shopping. I loved dressing up and stuff,” she says.  “I knew that I was going to be in entertainment somehow. I just didn’t know with what and I always dibbled, dabbled in it. I would sow from time to time but never really took it seriously.”
When she moved to Los Angeles, Urbana Chappa became a backup singer for artist, Rah Digga.  “I was signed with an independent label and it just didn’t work out. I was a woman out here working by myself. I was very talented and I wanted to really work hard. And so I got discouraged,” she explained.

Chappa met her children’s father Philip Lawrence and her life changed course.  “He was doing red carpets and music awards and I started to help him and I thought this is something that will really have longevity on me now that I’m a mother and I got my first client in 2012,” Chappa recalls. 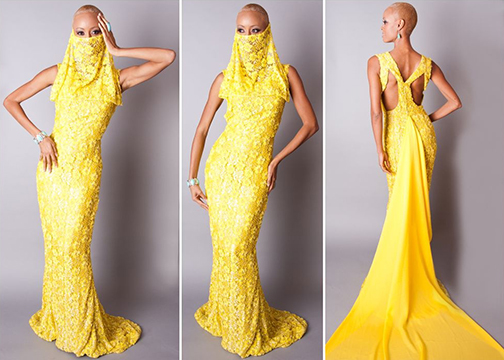 Learning more about her own personal history also added to her creativity.  “I didn’t know my father and so I was missing a part of me. And so when I started to look for him, I started to find out a lot of stuff about him and just where I came from. My mother is from Spain and I was just really interested and just fascinated by the culture. That’s when I started researching the Burqa and what it meant and the religious piece. It’s where my mother came from and I really wanted to incorporate that with my line because I was missing something and I have children that I want to be a part of that.”

Chappa is working on her next line, which will feature her feature her children. Her good fortune in the business is bound to continue, but success for her is knowing she has made an impact.  “I want to give back so bad. That’s what success means to me,” Chappa said.

“I think that people when we get successful they think that being successful is popping bottles and money and women and clubbing and all this stuff. I think a lot of that stuff happens in the industry and people forget about the real reason why they’re here and its people who got them here. I don’t want to forget about that.”

Also Check Out:
Francis Orekoya – Leading The Summer of the Tiger
Fashion For Less – The Thrifty Way In NYC