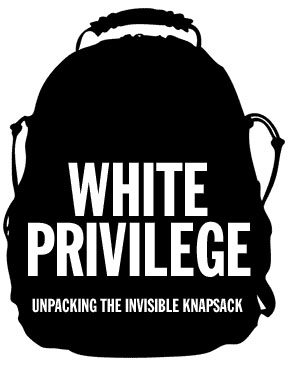 Peggy McIntosh’s 1989 thought provoking article, White Privilege: Unpacking the Invisible Knapsack, continues to be relevant in that it can provide researchers, social scientists, and counselors with valuable insights into the problematic issues of race in America.
In addition, this article can be used as a tool to provide African Americans with a clear view into the ambiguous nature of racism and the effect that it can have on one’s overall mental health and stability.

We are living in an era where many believe race is no longer an issue. Some people look to President Barack Obama as proof that one can succeed and persevere regardless of race or circumstance. To some, racism in the twenty-first century is viewed as some sort of folly from the past, and in certain circles racism is no longer a justifiable reason for the inability to succeed.

As an African-American man, I wish I could subscribe to this view and simply move on, but I cannot. One does not have to see the elephant in the room, to know there is an elephant in the room. Though racism may not be as blatant as it was in the past, I know that it is alive and thriving. I know that it has taken on a much more elusive form, that it is concealed, masked and at times visibly invisible. For this reason, as African-Americans, we must always keep a sharp analytical eye on our history. This is what will help us to plan a course of action not only for our future but more importantly the future of our sons and daughters.

In McIntosh’s 1989 article, she presents an informative yet unsettling account of the dichotomy between the privileged (Whites) and those of color, namely African-Americans. A re-read of the article makes evident that not much has changed in terms of race and how it can be a determining factor in one’s quest to maintain a sound mind while attempting to achieve the American dream. In short, racism can make life difficult.

· A White person can go shopping alone and be assured that he/she will not be followed or harassed.

· A White person can turn on his/her television or open the front page of a paper and see the people of his/her race widely represented.

· A White person can count on his/her skin color not to work against the appearance of his/her financial reliability.

· A White person can arrange to protect his/her children most of the time from people who might not like them.

· If a White person asks to speak to the person in charge of a business establishment, it will most likely be a member of his/her race.

· A White person can be sure that if he/she needs legal or medical help, their race will not work against him/her.

· A White person can take a job at an affirmative action employer without having co-workers stating that he/she got the job because of her race.

· If a White person is pulled over by a traffic cop, he/she can be sure that they are not being singled out because of his/her race.

· A White person does not have to educate his/her children to be aware of systemic racism for his/her own daily physical protection.

These privileges do not imply that the recipients are in any way racist or that they are consciously aware of them. McIntosh, a White woman, simply came to the realization in 1989 that there are benefits and privileges that White people receive, and that race plays a significant part with respect to who these benefits and privileges are distributed to. In his 2011 critically acclaimed book, White Like Me: Reflections on Race from a Privileged Son, Tim Wise points out that to be White in the United States, regardless of regional origin, economic status, sex, gender identity, religious affiliation, or sexual orientation, is to have certain common experiences based upon race. These experiences (relative to people of color), have to do with advantage, privilege, and belonging.

It is troubling that in 2013, twenty-four years after the publication of McIntosh’s article, these benefits and privileges still exist and that their existence equates to a harder life for African-Americans. Though there have been attempts to address institutionalized and covert racism through the legal system, covert and systemic racism continue to exist. It is alive and not something that any one president can change; even if that president happens to be African-American. We must remember that Presidents come and go, but racism continues on its path.

It is the African-American citizens of the United States of America that hold the key to change with respect to racism in our country. Collectively, we are truly an amazing group of people who have battled and will continue to battle and survive the perils of racism. Many of us fight and survive by taking the time to communicate with our representatives in Congress to point out racial discrimination in the towns, cities, and states that we reside in. Others use their God given talents through the writing of poetry, music, or art. And thousands fight racism through church membership and stewardship in various African-American organizations.

It is obvious that a good deal of work has been done to curb the growth of racism here in America. But the work must continue because there is a new form of racism among us. It is elusive because it is hard to pin down, but it is blatant in that it is easy for the seasoned eye to see.

The reoccurring mantra often preached to our children is that if they put their minds to it—it being whatever it is that they desire—there is nothing that can stop them from accomplishing their goals. Many African-American leaders, like myself, who serve as mentors have used this line of thinking as an inspirational tool. I believe that in an effort to inspire our kids, we should continue to offer these encouraging words.

However, we must also deliver the realities of racism as we know it, as we have lived it, and as we endured it. As such, we must provide our children with the mental tools they will need to address issues of race. Simply telling our children that they can do “it” is not good enough. We need to guide them to “it,” tell them how we got “it,” and point them in the direction so that they can get “it” too. Teaching children the realities of racism means enlightening them about the pitfalls they will encounter while striving to get “it.” Doing so will empower them and enable them to carry the baggage that comes with being an African-American in the United States.

This type of mentoring and education will take a good deal of patience and understanding on our part as leaders. Attempting to crack a youth’s exterior hard-headed “I know it all” shell is a job in itself. But it is worth the effort. We must continue to enlighten, inspire, and inform the youth about what they are up against. We do not want our kids to be surprised or dumbfounded with respect to issues of race. We want them ready and prepared to fight the fight. As racism in the United States continues to develop and redevelop over time, our youth must have a clear understanding of its power and find ways to cope with it and defeat it.

Also Check Out:
Wanted: Real Black Leaders, Apply Now
The Women of the 19th Annual Essence Festival
Changing Your Perception About Child Support
‘Being White in Philly’ is Just Hype and Stereotype
Did Desegregation Really Help The Black Community