Tony Dofat knows how to spot a potential music star when he sees one. He should know. He’s been in the music business for nearly 25 years and has produced for such heavyweights as Will Smith, Queen Latifah, Tina Turner, Heavy D, Mary J. Blige, Notorious B.I.G., AZ, Ja Rule and many, many more.

The producer, composer, mix engineer, and now associate professor and author, made his bones working alongside Sean “Puff Daddy” Combs at Bad Boy Records in the early 2000s as a member of the in house production team Puff called The Hitmen, which also included Stevie J, Carl E. “Chucky” Thompson, Mario Winans, and Deric Michael “D-Dot” Angelettie among others. Tony Dofat has contributed to more than 40 million records sold and has a song catalog of more than 170 compositions. In 1999 he was nominated for a Grammy for Producer, Mixer, and Executive producer of Heavy D’s album, Vibes.

Although he was worked with some of the greatest to ever touch the mic Dofat calls the late, great Heavy D one of his personal favorite artists to collaborate with.  In addition to working together on the Vibes album, the two worked with each other several times in Heavy D’s illustrious career.  “I have produced and co-wrote 33 of his songs, not including other artists both he and I produced together,” Dofat reveals.  “He was 1 of my beat friends prior to me producing him, that was actually Puffs idea. Once we worked on Blue Funk, we never stopped working together and I was always his main producer, engineer, and mixer. I feel blessed to have played such a major role in his career, he is a legend and was one of the last rappers in which old and young fans could vibe and listen to, creatively.”

While music is still his passion, Dofat isn’t too passionate about the state of music. “The state of music has drastically declined and a lot has to do with technology,” declares Dofat. “It made music easier for anyone to do, which has its downsides. It has allowed anyone to buy a digital kit and to download beats—and they all sound the same. You can download kits to make music like Drake, or some other established artist. The result is there is no originality. People make music at home and release it on YouTube, there is no effort put into creativity; people use auto tune, the same sounds, the  same 808s. I have been in the business for a long time and even as a producer I get confused about who’s who when I hear a song—that is how bad it has gotten.”

And the problem isn’t just on the artist side. It’s on the label side as well. “The record companies don’t really sign anyone any more. They take on a person after they see the artist has success on their own. There used to be A&R departments with 5-10 reps now there are just like 1-2, and they don’t do much. There is no such thing as grooming an artist, no media training, no development.”

The creativity for the last decade or two has come from the indies. “Look at the history, from Bad Boy Records to Dre to Dallas Austin to Master P to more recently Cash Money. They were the ones taking creative risks, they weren’t’ afraid of original artists,” notes Dofat.

These days Dofat isn’t listening to a lot of new artists, instead giving his ear to a select few, like Drake, The Weeknd, Miguel, Bruno Mars, Katy Perry, Snoop, and Jay z.  “My list is pretty short,” he admits. “I mostly listen to classics like Amy Winehouse, Michael Jackson, Justin Timberlake, etc. I also love almost anything Timbaland and Pharrell produce, they are innovators and real creators, not just beat makers.

One artist who Dofat feels possesses originality is Olivia. Remember her from 50 Cent’s hit single “Candy Shop”? Dofat says he feels Olivia, who released a debut album in 2000 and was formerly signed to J Records and then G-Unit, has been overlooked and wants to bring the former “Love & Hip Hop” star back to the music scene via his TDC Group, Inc.  “A lot of people don’t realize how great a singer she is,” says Dofat. “We going to show this side of her, especially her acoustic skills. She can really sing. She was originally endorsed by the legendary Clive Davis, who discovered Whitney Houston. So it’s a pleasure to work with her.” There is already a leaked single, “Animal Attraction,” and an acoustic album in the works. “People are tired of hearing auto tune, we’re going to take it back to pure music,” says Dofat, who has enlisted the services of J Dub, a fellow Bad Boy Hitman who was responsible for a lot of hits released by Bad Boy artists such as Faith Evans and Notorious B.I.G.

Dofat acknowledges that 50 and Clive weren’t able to help bring Olivia to her full potential, but insists he has what it takes to help her reach her the next level.  “I believe they did the best for her at that time, but there was always an image conflict and her marketing was not on the same page as her executive producers or A&R,” Dofat says of her past label situations.  “When people think of Olivia, they think Hip-Hop and never her abilities to sing her ass off so this is our first hurdle, which gave me the idea to roll out an acoustic EP on her which will properly display her vocal abilities and live performances.”

Besides working in the studio, Tony Dofat is now also working in the class room. He is an associate professor at Long Island University in New York. “I am really enjoying academia and bringing my experiences to students,” says Dofat, who has also authored two textbooks about music. The “Business and Fundamentals of Music Production” gives the 411 on the  business of music production from the creative aspect or publishing your own music to working with major record labels and creating your own boutique independent label. With the book you will learn the science behind digital technology on an introductory level and how and why the digital workstation has surpassed and replaced multi-million dollar recording facilities.

Tony Dofat hopes his experiences can help others coming up. “I’ve been in this for almost 25 years and have gone through a lot, learned a lot for people like Puff, who is a genius, and from my own mistakes, and if I can help someone else maneuver the music business, then that’s great,” says Dofat. In a letter recommending Dofat to Long Island University, Sean Combs says: “Tony served as a record producer at Bad Boy Worldwide Entertainment from May 2001 to January 2007. During his tenure with the company he co-produced and assisted the production team and myself with compositions, scouted new producers and songwriters, and served as a musical director… Tony would be an asset to the university, and I recommend him without reservation.”

When not in the lab with Olivia, Dofat will teach this summer as well as head out on a book tour.  Professor  Dofat will tour major  retailers  and  libraries  and  will  be  guest  lecturing  and  signing  books  at  Colleges  and  Universities  throughout the U.S. with talks of Amsterdam, Spain, and Asia. The tour will launch in his  hometown of Mount Vernon, New York on June 11, 2016.

So what advice would Tony Dofat give a newcomer to the music business? “Don’t be afraid not to fit in,” he says. “Music is art and art is about expressing yourself.  The only way to have longevity in the industry is to be original… I can count on one hand, how many of today’s artists will still get spins 10 years from now:  Kendrick Lamar, J Cole, Drake, and umm maybe that’s it.” 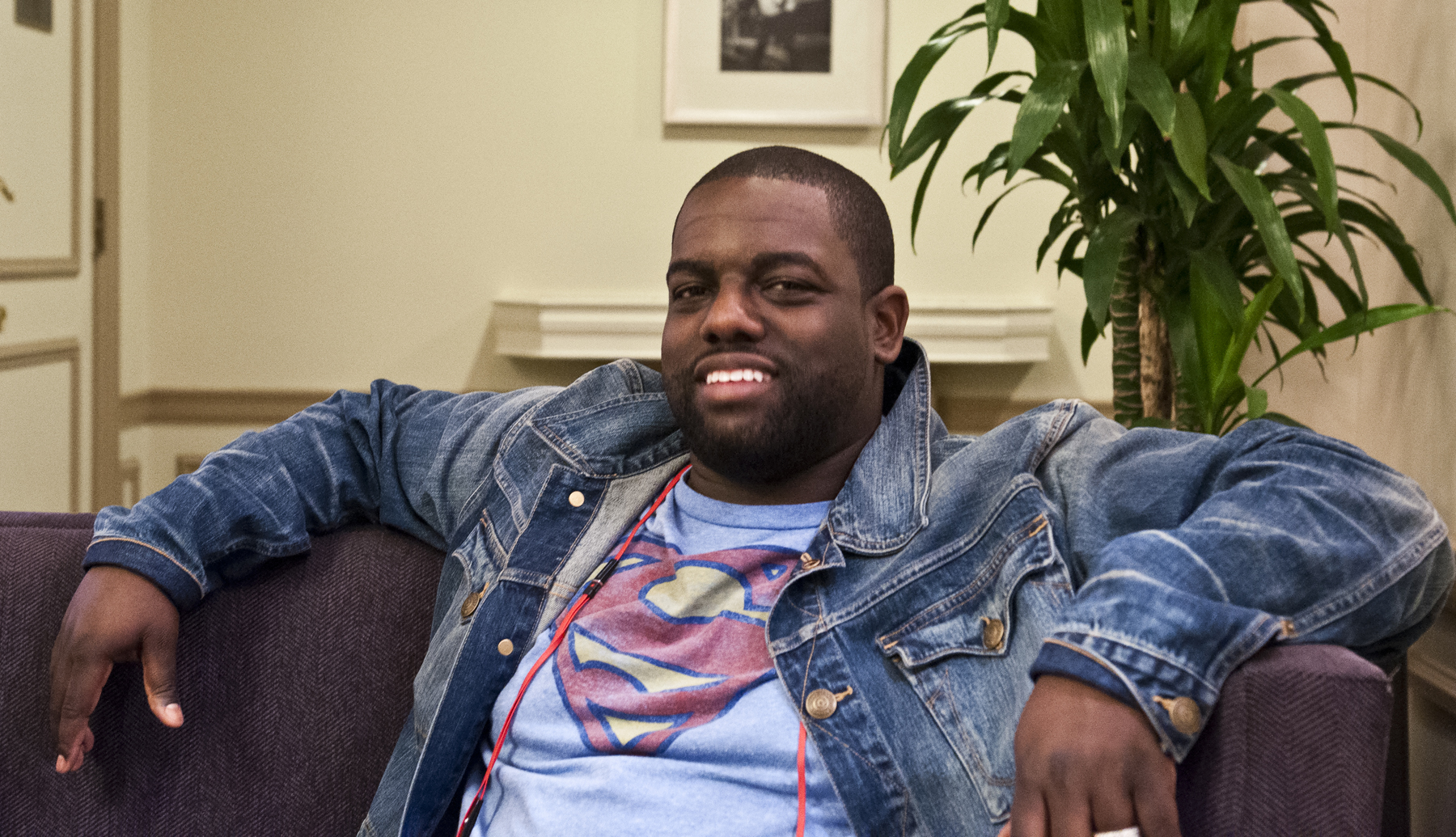 Producer Travis Cherry – This Isn’t A Hustle, It’s A Career

Is Texting the Cause of Failed Relationships? — Social Media’s Take