“Now dawling if you gonna use a clip featuring me it should be accurate!,” the Two Can Play That Game actress, Vivica spewed at Kanye via Twitter. “I was not happy with you [for] saying George Floyd wasn’t murdered, but THANKS 4 watching my @foxsoultv show #CocktailsWithQueens & know 2 Can Play that game.” Ye furnished no comments or context as to why Fox was included in the campaign video.

In the clip, the Independence Day actor speaks out against Ye and asks the public to boycott him. “Yo, Kanye. Eff you!” Vivica passionately spoke. “And I mean that with everything inside of me. You got to cancel him. And I know we not trying to be in a cancel culture but we got to hit him in his pockets now. Because he, obviously, doesn’t care about the African-American culture.”

Fox’s unfavorable judgment stemmed from Kanye‘s interview on Drink Champs where he stated George Floyd died of fentanyl, not from lack of oxygen as a result of a police officer kneeling on his neck for roughly ten minutes. Vivica, along with many people around the globe, shared their displeasing feelings online regarding the 22-time Grammy award winner’s insensitive and inaccurate remarks.

How will the Vivica vs. Kanye prize fight conclude? And, when it’s all said and done — will you still vote for Ye in 2024 for POTUS? 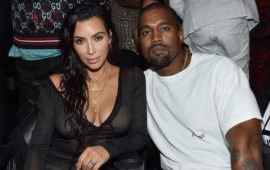 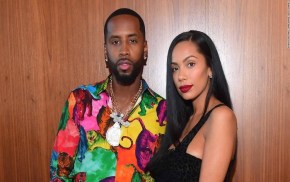 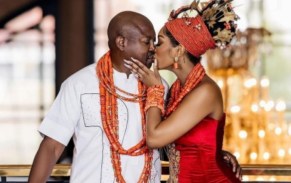