Skip to content
Home » Rick Ross and Wild N Out Star, Pretty Vee Are In a Relationship 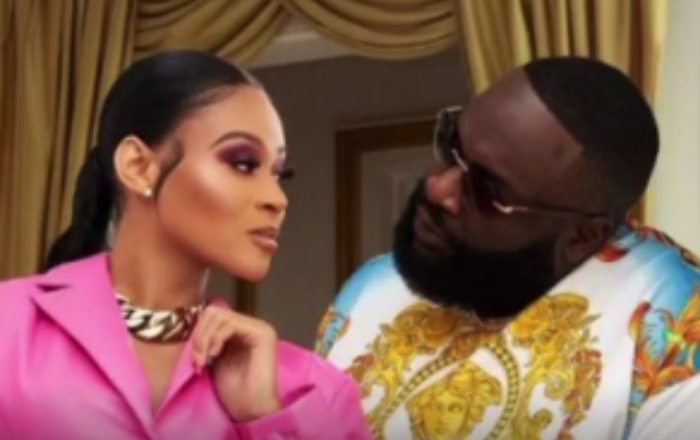 Rick Ross and Wild N Out Star, Pretty Vee Are In a Relationship!

Starting off as friends and work partners, the pair had known each other for a while before Cupid came throwing in his love arrows. Rick and Pretty vee worked together on a promotional video for Belaire Rosé sparkling wine brand.

Although it was a 9-minute clip titled “Boss Talk”, the Wild N Out cast member took out time to render a few words of accolades and expressed how much she respected his grind. Well, we should have seen it coming…

Recently, Pretty Vee appeared as a guest on the talk show “Black Girl Stuff” on Revolt. While on the talk show, the star officially addressed the rumor and admitted she is no longer single. The reality star also share what she loves about the Maybach Music Group boss.

Pretty Vee said, “I think it’s the boss in him.”

She further admitted that he is her type saying, “I like guys who lead. So when you’re a leader, you can step to me, you know?”

She confessed, “But again, when it comes to Ross, Ross is the type of person who you look at and you just admire, you’re inspired by. Like, I wanna do what you’re doing, so teach me. So in the back end, I’m actually a student to the game as well.”