It goes without saying that losing a loved one can be devastating as death leaves us full of unanswered questions.  The only thing we can do is honor our loved one’s memory fondly and it is how we choose to live our lives that can be a tribute to them.  Award winning actor, Kevin Byrd has dedicated a good portion of his career towards the humanitarian cause. After the loss of his grandfather to prostate cancer, Byrd made it his life’s mission to educate the public and raise awareness of this silent killer. His foundation, The Brown Byrd Prostate Cancer Foundation has made major contributions to bringing this illness to the public’s attention even winning many awards and garnering many citations for its work. Kevin Byrd was more than enthusiastic to share with me the goals and mission of his foundation as well as information about prostate cancer.

You may recognize this Utica, New York Native from his television, movie and theatrical career, “I started my acting career when I was seven years old in film and television. I’ve spent 20+ years in show biz, I’m best known for playing Congressional Medal of Honor Lieutenant John R. Fox which was  a movie produced by Al Roker, Samuel L. Jackson and the late Bernie Mac titled Honor Deferred.” The film earned a Dynamic Vision Nomination in 2008. 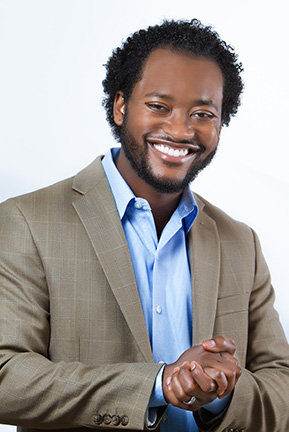 The reason for international prostate cancer awareness day being within Black History Month is not coincidental, “Prostate cancer is one of the leading causes of death in Black males.” Byrd shares with us.  “When my grandfather died of prostate cancer seven years ago, I didn’t know what it was so I had to do a lot of research. I did a movie called The Last Days, where one character was diagnosed with prostate cancer.”  The original goal was to only do the movie about the illness, not long after ward, Byrd created a one-man show about prostate cancer called Release. “I wanted to get this information out the best way I knew how at the time and using my acting to help others has been a blessing.” Although at first Byrd, didn’t know that much about prostate cancer he didn’t let it stop him from trying to get his message out.

Running a nonprofit organization in itself is a good thing, but all the things that go on behind it can be stressing. “The hardest thing I think is to get people to support a vision. I’m the youngest African-American actor to have an organization that has managed to make such a difference. With the economy the way it is, it’s always a challenge to keep money coming in. As far as the support, people have been more than generous and I am thankful for that.”

Byrd and his organization aren’t just sitting behind a desk in an office building over the phone taking donations, he’s out there getting the word out about prostate cancer via movies, plays and even touring. “We just did the national prostate cancer awareness tour last year. We did testing and screenings, going to churches and different places across the U.S. we’ve gotten support from AARP, a lot of well known health magazines and even Queen Elizabeth acknowledged us.” 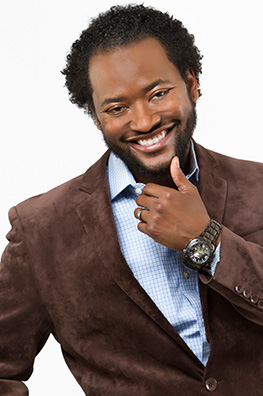 All of Byrd’s work is in honor of his grandfather, he was kind enough to share some memories of his granddad and how his love for him inspired him to help millions. “My grandfather’s name was BJ Thomas, he passed away in 2004 of prostate cancer. He was a retired hard working man, it was tragic when he passed away because no one really told me what was going on, all I knew was that he was sick, but I didn’t know why. I couldn’t understand and it was only after he passed on that I learned he died of prostate cancer, but even then I didn’t know what it was. It took a long time to come to grips with and with the help of my family and support from friends I’ve been able to honor his name.”

We’ve been talking about prostate cancer this whole time but you may be wondering, what are some of the symptoms commonly associated with this illness. A lot of the time there may not be any signs, which is why it’s often referred to as the silent killer. One of the most common signs is swelling in the prostate area, irregular need to go to the bathroom, having pain when you urinate,  and  not being able to perform sexually, these are just a few of the common signs. Sometimes, there have been cases when there were no symptoms at all but the cancer was there. It’s always important to have regular visits with your doctor.

Okay now you know the symptoms but how do you know you’re at risk for this illness? Like most cancers there’s no way to determine how one actual gets it but we do know that if you engage in certain activities such as poor dieting, lack of exercising,  and promiscuous activity can be a factor. Sadly there is no cure for prostate cancer but Byrd does inform me that there are a lot of remedies and medical breakthroughs going on. “Every 2.7 minutes a man is diagnosed with prostate cancer and if left untreated the disease can spread throughout the body. Every 19 minutes a man dies of prostate cancer, September is prostate cancer awareness month. I lost my grandfather to this but I’m hoping I can save someone’s brother, cousin, nephew, husband, lover, friend or whatever from this.“

Kevin Byrd leaves these inspiring words to readers and fans, “One person CAN make a difference, its not just about getting tested but knowing the disease as well. I’m doing this interview with Parlé to inform the younger generation of this before its too late. Maybe you’ll even be able to inspire some to get tested. Get regular checkups with your doctor, maintain a healthy lifestyle and just appreciate life for what it’s worth.”

I learned a lot about prostate cancer talking with Kevin Byrd, I hope that this inspires you as it did me to help fight the good fight. In the memorable words of Dr. Martin Luther King, “Nothing in the world is more dangerous than sincere ignorance and conscientious stupidity.” For more information on Kevin Byrd as well as his nonprofit organization, Brown Byrd Prostate Cancer Foundation go to www.brownbyrdfoundation.org.

Leland B. Martin of ‘Boomerang’ The Series, Opens Up About Extending The Classic Film