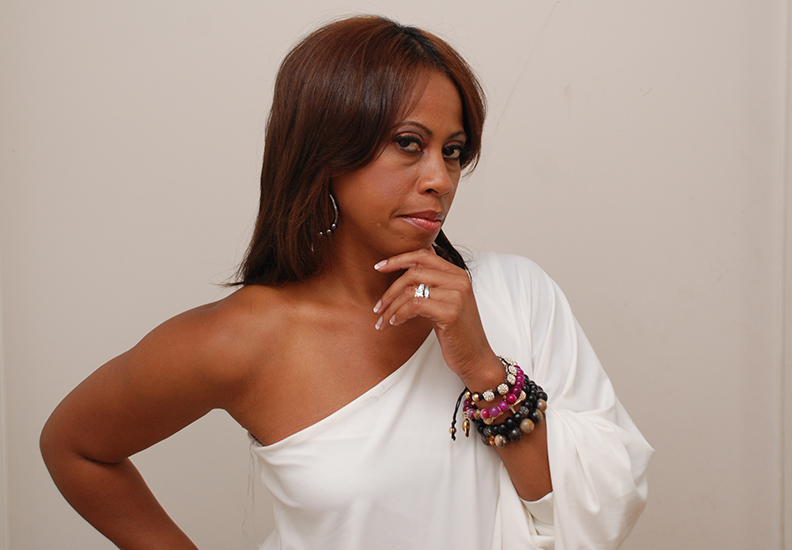 Sometimes in life we come across a certain path that we just have to take, a path that tends to send us in a direction that we didn’t quite expect. The story of Author Azarel and her publishing company proves to be the definition of just that. A name befitting its inception, Life Changing Books was a dream started like many others, as an idea, and has become one of the leading African-American publishing companies in the country and from what I’ve learned about this pioneering woman, it won’t stop there.  Valuing Family, Life, and Business she spoke with us to talk about her success as well as some of her upcoming ventures.

Parlé Magazine: I’ve read a lot about you and I understand you started your career as a teacher, what made you leave to pursue writing?  Was it a life-long dream?

Author Azarel:  Actually it was not a life long dream at all, it was something that really happened and happened very quickly.  I taught for a few years after graduating and it wasn’t until I was pregnant with my daughter, Iman, that things changed. The doctor told me that I would need to be on bed rest for six months, of course I went crazy thinking what would I do on bed rest for six months (laughs). And I have a cousin that worked for a correctional facility at the time who would tell me all these stories and one day said to me ‘’you know what, you‘ve taught writing before and have written all these different stories. You should write a novel while on bed rest.” Initially I said ‘hmmm, not sure about that’ (laughs), but it only took about two or three nights of getting bored and before you know it I penned my first novel A Life To Remember while on bed rest.

Parlé Magazine:  Wow, that’s really interesting and quick for a novel. Where did the inspiration come from?

Azarel:  Well, a lot of it was based on true stories that my cousin told me about the correctional facility. It was kind of shocking for me to know what happens to people in prison. You know you see things on T.V. or hear them in the news but to hear it from her was like hearing it from the other side and I became intrigued by it. There was one gentleman in particular that most of the story is about, and obviously some things are embellished, but he allowed me to interview him and get in his head about things that were happening and that’s how I did it.

Parlé Magazine: You’ve gone on to create several novels and start LCB, Life Changing Books, since then but what made you want to get into publishing?

Azarel: Hmmm, I really felt like in the beginning I got a lot of doors slammed in my face. I called bookstores like Borders that told me they didn’t sell self published books and I’ve always had a strong business background from helping my husband. He’s always owned his own business and even on bed rest I helped him with his company. So once I launched A Life to Remember I felt that I was better at the business side of things than I was at the writing side of things and decided to start LCB.

Parlé Magazine: You’ve certainly accomplished a lot more on the business side, publishing 20 bestsellers in 5 years. How does that make you feel to know your company is doing so well?

Azarel: You know I really love it, I’m really happy with my accomplishments but I also come from a family where we’re taught to stay humble. It’s the little thing like still having to go to the grocery store or dropping my daughters off at gymnastics and cheerleading that keeps me grounded, so I act like I’ve only published five books. (Laughs) I am really proud though, this summer I believe we’ve reached 51 books.

Parlé Magazine: (Laughs) Good to hear. I take it family is very important contributor to your success and written work?

Azarel:  Absolutely, I would say that I’ve talked to a lot of other publishers who’ve told me different things from getting divorces and having health issues or family issues that have made me stop and say no matter what I’m doing in my business I need to take care of my family and myself and not get too stressed out and that helps me focus.

Parlé Magazine:  With so much success and great peace of mind I imagine there were some struggles along the way with starting your company and maintaining it before you got here?

Azarel:  Absolutely (laughs). Financially I had a lot of different struggles in terms of producing other authors and raising the capital to market and promote like the “real” publishing houses did.

Parlé Magazine: And how did you come about overcoming that?

Azarel: You know, I just had to really work hard at that and put myself in a position where I could go full fledge and really operate like a traditional publishing house. It was tough but we have a family motto, “we make the impossible possible”.

Parlé Magazine: Would that be the same advice you would offer to other authors or publishers out there going through the same stages you went through to get their dream off the ground?

Azarel:  First I would say to publishers do the research in terms of understanding what it takes to be a publisher. There are publishers popping up everywhere now but also publishers going out of business left and right. It looks easy on the surface but there’s a lot involved with it just like any other business. And as far as aspiring authors seeking publishers, make sure you do research on the publishing houses and make sure that it’s a good fit for you. Everything isn’t for everybody.

Parlé Magazine: Now that you’ve established yourself and made a name for your company where do you see yourself headed?

Azarel: Next I actually want to start two imprints off of Life Changing Books. One being books for strictly for teenagers and another being a Christian line within the next year or two.

Parlé Magazine: Those are two very important topics in today’s society, is there any reason behind those selections?

Azarel: Well as far as youth, obviously I have a teaching background, so the teens are close to my heart and I try to go out and host different events for teens and have a foundation called Spreading Literacy and Love and wanted to do something related to teens education and literacy. So I thought what better way than to find teenage authors to write books and help make sure teens are getting enough literature to read. Now with the Christian books I feel that sometimes when I attend events and I see readers face to face they look at certain books and don think it’s a good fit for them or appear uninterested. So I wanted to create something to appeal to everyone so that we’re not just stuck in that same genre.

Parlé Magazine:  I see plans on expanding rapidly then?

Azarel: Exactly, because sometimes I feel that I’ve been put in a box because of the way I started or the type of novels I’ve produced.

Parlé Magazine:  Are you working on any new books?

Azarel:  Absolutely, V.I.P, Confessions of a Groupie is coming out in October. Since the newsest craze with Basketball Wives, and countless reality shows, I’ve had real-life wives of atheletes calling to share their stories. V.I.P is gong to mess some minds up for sure.

Parlé Magazine: Honestly, I don’t think it would be a problem for you to achieve that. It was great speaking with you and I wish you the best of luck!

For more info check out:
http://www.lifechangingbooks.net

For more on Author Azarel check out:  www.lifechangingbooks.net

Also Check Out:
Winkk – From Dancer To Author, She Has Stories To Tell
Dawn – Natural Talent Spawns Writing Career
Prodigy – A Conversation With The Infamous One
Muhammad Ibn Bashir – Exposing The Law To Those In Need