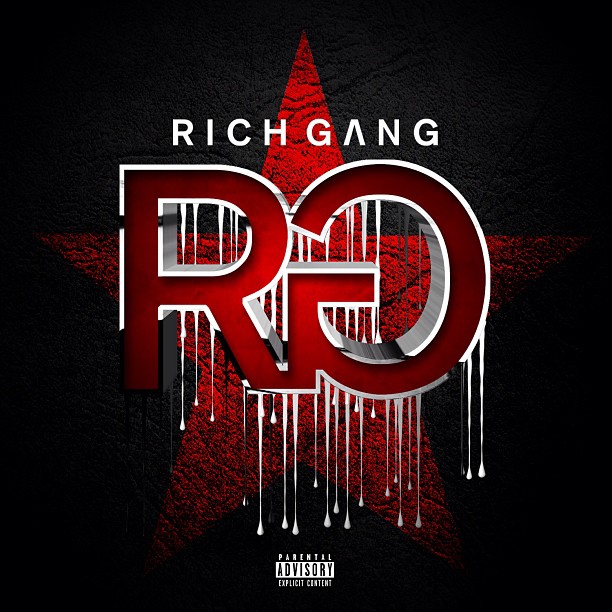 Since Lil’ Wayne has been back home from his prison stint, I’ve been suggesting that Cash Money/YMCMB do more to highlight their ever growing talented roster. In the three years or so they’ve collected released a couple compilation albums worth of material that have disappeared off ipods and essentially off the musical hemisphere. Examples includes, “Fire Flame,” Birdman & Lil’ Wayne, “Original,” Mystikal, Birdman & Lil’ Wayne, “Shout Out,” Birdman, French Montana & Gudda Gudda, “Sweat,” Bow Wow, “Why Stop Now,” Busta Rhymes & Chris Brown, etc. All those tracks were released with videos as singles, but subsequently became  forgotten gems. Not sure what the politics were preventing the compilations, but Birdman has finally released his first YMCMB compilation under the Rich Gang moniker. It appears to double as the long awaited Birdman album but features appearances from everyone in the family including Lil’ Wayne, Nicki Minaj, Busta Rhymes, Mystikal, Tyga, Jae Millz, Cory Gunz, Chris Brown, Rick Ross, Game, Ace Hood,Future, Mack Maine and Detail among others.

The album starts off with Mystikal in classic form, rapping about nothing in particular but taking time to acknowledge the members of his new musical family. The track is just one of three solo tracks on the project (Rick Ross and Detail own the others) but its a lively introduction of what’s to come.

The intro is followed by somewhat of a prelude to the single, “Tap Out,” perfectly titled, “Million Dollar Girl.’

R. Kelly joins Birdman and Lil’ Wayne for a slight taste of what that Best of Both Worlds, Birdman & R. Kelly collaboration album would have sounded like on the track, “We Been On.” It’s clearly one of the standout tracks on the project as are the majority of album cuts which feature R. Kelly at this point in his career.

As for the rest of the project, seems the requirement for getting on this album was to mention GT Vodka or at least Truk Fit clothing, and unfortunately that makes for boring discussion. Birdman clearly feels the Rap game no longer requires his best effort, which is totally understandable for the 44 year-old Hip-Hop veteran. He does make a conscious effort to remind listeners that he invented luxury rap though, talking about a flashy lifestyle that includes women, cars, and all types of items I can barely pronounce. I for one appreciate Birdman’s passion for music and his determination to never hire a ghostwriter, but I take it that not many others will have the same appreciation.

The album turns out to be a coming out party for Detail, who produces a great deal of the project and lends his vocals to quite of few of the tracks as well. The more I listened, the more I wondered ‘what happened to the T-Pain/Cash Money relationship?’ Pain is one of the key artists that are noticeably missing from the collective. Drake also turns out to be missing in action, surprisingly not making one appearance on the 18 track deluxe version.

Compared to the Self-Made compilations from the Maybach crew, Rich Gang has more hits and more to offer the listener. Even with all the GTV mentions and Birdman’s laid back hand rub verses, Rich Gang packs a decent punch. Hopefully the label can follow through with some individual artists success from those not named Wayne, Nicki or Drake.  Regardless of the projects poor sales, the overall success of the label is what matters most in the long run here.

Other hits on the project include “100 Favors,” “Everyday,” “Have It Your Way,” and “Panties To The Side.” With the star power on most of these tracks its hard to skip anything on the project.