Home Interviews Ebony Steele: From Radio to TV and Back.

For that early morning coffee drinker and the morning rush hour racers the name Ebony Steele is synonymous with getting your day started. For everyone else it’s about to become a welcomed household name. Co-host of the hilarious Rickey Smiley Morning Show as well as a new addition to CNN’s correspondent team, Steele not only wise cracks and entertains, but she also promotes causes close to her heart while leading the way for young entertainers. Live, Love, Laugh should be her motto for the impact she’s bringing to our culture. Get to know her.

Parlé Magazine: So tell me about yourself, how did you get into the entertainment business?
Ebony Steele: Well, I’m from Birmingham, Alabama, which is where Rickey and I met a little over twenty years ago in high school. We were friends and he told me that he was starting a comedy show and that he wanted me to be his female partner. So fast forward and here we are. 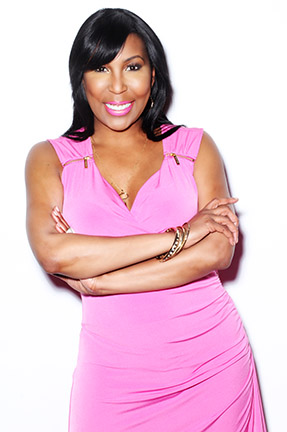 Parlé Magazine:  And did you two perform stand-up comedy before working together on the radio show?
Ebony Steele: No, I never really considered myself a stand up comedienne, I did it in college for about two years and it was great money on the side, but I was boo’d on the stage once and it hurt my feelings and I realized stand up wasn’t for me. (Laughs) So I’m glad I still can entertain now and make a difference but my ego was too soft for that. (Laughs)

Parlé Magazine:  Given that experience how was your transition from college into the career you have now, did you practice comedy again?
Ebony Steele: For that I have to give you a little bit of history. So when I finished college I stayed in Birmingham and started working in the corporate world. It wasn’t until Rickey moved to Dallas and got the opportunity to start his own show that I started to get myself into the idea of working with him or in broadcasting. My major was never in broadcasting or journalism I just have to give honor to God that I was able to speak my mind, be myself, and people wanted to hear what I had to say.

Parlé Magazine:  From what I’ve heard of the show and seen in interviews you are very engaging and personable on camera and behind the microphone. Could that have been due to your history as a beauty pageant contestant?
Ebony Steele: It did! Actually, my last year of college at Tuskegee University I was crowned Ms. Tuskegee, which I was grateful for the free room and board (laughs). My grandmother had a modeling firm in Birmingham and was the only black woman to go to John Howard’s modeling school in New York, which was unheard of in the 60’s. As a matter of fact when she came back and opened her school the black women who were tellers at banks had to go through her charm and etiquette courses before getting hired. So fast forwarding with that train of thought she got us into the pageants and modeling and from that I have developed a passion for etiquette as well as teaching it to other young girls.

Parlé Magazine:  Speaking of teaching, I understand that you also have started schools of your own for dance and performance. Are the same values you were taught reflected in the teachings there?
Ebony Steele: Oh absolutely! We teach everything from ballet, dance, Hip-Hop etc. but we also have a modeling element too which I believe is very important. As I see the girls on stage I realize that all of them won’t go to Broadway or be a professional model, but what we do is uplift them to have the best chances as well rounded performers. That being able to know how to speak and present will give them a better chance at getting the internships or dream jobs they want.

Parlé Magazine:  It sounds like you’re preparing them well for their futures.
Ebony Steele: Without a doubt. Between my grandmother and my mom I’ve learned what to do and what not to do in everyday life. Even though I may put my elbows on the table from time to time or chew gum at the dinner table I know when not to for work. And I believe it will be the same for them.

Parlé Magazine:  With their being many differences of young women of today and women from your time especially in your line of work, how do you bridge the gap?
Ebony Steele: Honestly I just keep up. I just try to stay in tune with the latest technology and trends like twitter and instagram and spread my messages that way. And honestly It’s my job to keep up with all the news feed and trends because I’m the heartbeat and the pulse of entertainment culture.

Parlé Magazine:  I assume that’s exactly why you’ve been tapped to take on correspondent duties for CNN’s E-Block entertainment section.
Ebony Steele: Yes! And let me say it’s such a blessing and such a testament to how hard work pays off.  And I want to give that honor to my parents and the Lord for providing me the opportunity to do it. To that end I can’t believe that I am here (co-hosting the segment).

Parlé Magazine:  How did that opportunity come about? Did CNN seek you or was it the reverse?
Ebony Steele: Umm, I think it was combination of the two. A friend of mine I met a few years ago had connections to CNN so he promoted me and the idea also being on the radio and having the visibility from the show and Dish Nation helped land the deal. 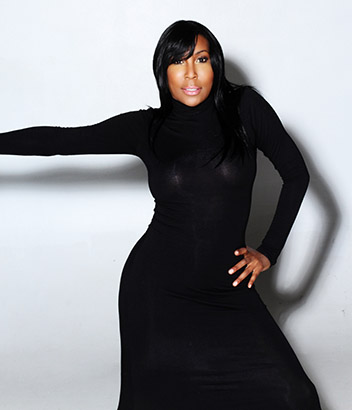 Parlé Magazine:  CNN is a huge network, how was the transition to such a great platform?
Ebony Steele: It was an easy transition from the entertainment point of view, you know the little things like posture and speaking came from my background in both etiquette and radio. It’s almost like it’s all coming full circle now. I was prepared.

Parlé Magazine:  So now I have to ask is this the beginning of your television career or just a one-time stint?
Ebony Steele: I am definitely looking to do more TV. With CNN you know I’m a correspondent but we are also in talks of me doing more with that. But I’m also strongly rooted in my faith so I’m just looking to hear from God in terms of which way I should move and waiting for the next opportunity to come along. When you think about it, I’m busy 6 days a week. Dish Nation is Monday through Friday and E-Block is on Saturday with radio every morning and I still feel like I’m ready to take on more so I’m ready for it.

Parlé Magazine:  I understand your also using all these new platforms to promote health and breast cancer awareness, correct?
Ebony Steele: That’s correct.  It’s been one of those things that when you look at your purpose and wonder what your life is supposed to be about never once did I think I would be diagnosed with breast cancer but fortunately what better therapy in any situation is there than to talk about. So as a survivor for me to be able to talk about it with everyone has given me the ammunition to spread the word about looking into your health and being informed about it.

Parlé Magazine:  Are there any other issues you are passionate about that you are promoting as well?
Ebony Steele: Umm, I would have to say letting people know how to live life. I know that may sound cliché and very, very bland but in the sense of experiencing different cultures and knowledge. I don’t care if you make twenty thousand dollars a year, put some away to make sure you can take a vacation or splurge on special things. I see so many people working so hard to keep up with the economy that they forget to actually enjoy themselves.

Parlé Magazine:  I have to say it’s great to speak with an entertainer that has such great messages to share all while helping and educating others.  Thank you for your time.
Ebony Steele: No thank you!

Starboy Review – Better Than ‘Beauty‘, But The Weeknd Falls Flat

J Cole Premieres The Visual For His “False Prophets” Single

Monica Punched Brandy In The Face Before Award Show