To be able to choose your own path is a bold step among a strong family. Families tend to support but have certain reservations toward what particular path is chosen. Coming from a family whose dynamics are mainly religious and Gospel, J. Drew has taken the secular route to becoming a star in his own right. His family is the Sheards, Bishop J. Drew, Karen Clark and Kierra. J. Drew, the latest to emerge from the family is signed to Pharell’s StarTrak label as a producer and also signed to to TMG Records to release his own music. With a fresh new sound set to embark on his listeners, J. Drew has decided to explore your ears for pleasure. Meeting up with Parlé  Magazine we discussed his decision to go secular, his goals and his latest EP, Never Coming Back.  Read on to get the full J Drew interview.

Parlé  Magazine:  From the gate readers will know your family, but you have an extensive history as well. Let’s start off by giving the readers a little background about yourself?
J.Drew: I am a Grammy-nominated producer, songwriter and artist. I come from a very religious background. My dad is a pastor and my mom is a gospel singer. I love music.

Parlé:  Why didn’t you choose Gospel music, considering your family background and how easy it might have been to just fall in line with what you’re already great at?
J. Drew: I chose a different route because I felt it was more me. I never thought God put me on this Earth to be a Gospel producer. He has a plan for all of us but I think his plan for me was to do the type of music that I love doing.

Parlé:  What did your parents think about your decision?
J. Drew: They were supportive, but they were concerned with the environment that comes with secular music.

Parlé:  Did they say anything about the video for “My Room”?
J. Drew: They saw it but didn’t trip out. The bad thing is I showed it to them the day before I had to release. They don’t condone that or support it.

Parlé:  Do you produce for your mom?
J. Drew: I did a couple of her records. Actually the Grammy-nomination came from one her records and I got a Grammy nomination for my sister.

Parlé:  Did the show The Sheards impact your decision to come out to the forefront at all?
J. Drew: It had nothing to do with the show why I chose to pursue my independent career as an artist. It was how everything played out. 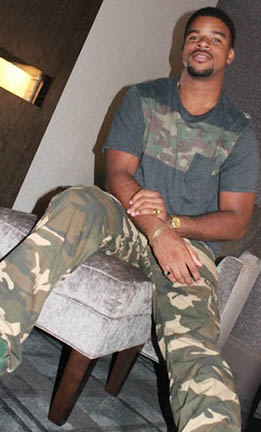 Parlé:  How did you become the first person to be signed to Pharell’s Star Trak?
J. Drew: He was on tour with N.E.R.D and his band members are like my brothers. They were playing some of music on the tour bus and he wanted to meet me. I gave him a CD and a couple of months later he wanted to sign me.

Parlé:  Let’s talk about your latest project, Never Coming Back.  Did you produce your whole EP?
J. Drew: There is probably one song that I collaborated with but 90% was produced by me. I had a few co-writers but I wrote most of the songs.

Parlé:  What else can we expect from you in the near future?
J. Drew: You can expect something that is new and you can still rock with. I make good music. I have a variety of topics for my music. I’m working on another EP to release some new music soon and keep my name out there.

Parlé:  Thank you for your time.

Round By Round Break Down of the Kirk Franklin vs. Fred Hammond Verzuz

[INTERVIEW]  Erica Campbell Continues To Shine Her Light On Listeners