Skip to content
Home » Me. I Am Mariah… The Elusive Chanteuse – Mariah Carey album review 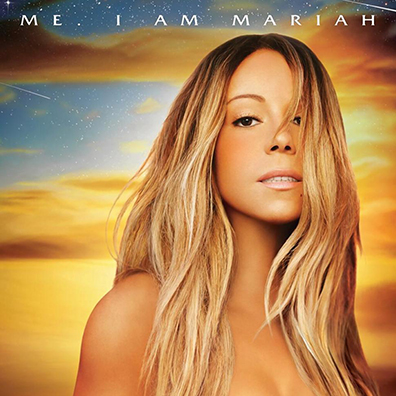 It’s been five years since Mariah Carey’s Memoirs of an Imperfect Angel, an album that many music critics panned as one of her most interesting, filled with a synergetic flow of cuts that were uncanny Mariah and the most consistent since 2005’s The Emancipation of Mimi. On this, her fourteenth release entitled, Me. I Am Mariah… The Elusive Chanteuse, Carey returns true to form perhaps overtaking much of the criticism that she’s been yesterday’s news since the release of 1999’s Rainbow that contained, “Heartbreaker.” It can be argued that Carey has never lost her touch – the magnetic voice, impressive delivery and beauty. What this album does is reinforce the notion that the superstar diva remains a fierce R&B and pop cutting edge singer who first enchanted the world with her five-octave glass shattering, whirlwind vocal style back in 1990.

The opening ballad, “Cry” is tinged with piano and Mariah bawls and bawls. It is definitely a change from past Mariah albums as most, if not all of them have opened with up-tempo numbers. The track is heavy and sentimental opening a window into the singer’s soul as she forcibly and melodiously echoes her timbre against bittersweet and poignant lyrics. However, the mood quickly shifts once “Faded” begins to play. Full of the many distinctive ways in which Carey can handle musical notes – this will undoubtedly be a favorite among the lambily. “Dedicated” takes on a nostalgic type beat as Mariah reflects. Introspective and just a laid back track that includes a verse from Nas, it is arguably the tour de force of the album.

Both “Beautiful” and “You’re Mine (Eternal),” the two released singles fit well here. The former featuring Miguel is apt for a ride in the car on a summer afternoon while the latter looks at the powerful hold that love can have. It was a surprise to many that “You’re Mine (Eternal)” did not achieve the chart topping acrobatics that Carey’s last note hits. “Supernatural,” is a sappy driven recording with Mariah’s twins giggling within.

“Meteorite” takes to the club and predictably will hook itself onto the dance charts while, “One More Try,” revisits a George Michael classic. Remakes are difficult due to, typically barely scratching the surface of the original but Mariah makes a gallant effort here sounding bold, and fearless with her supplication. “Heavenly” closes out the non-deluxe edition and Mariah shines as she has done so many times on melodies of this nature (i.e. “There’s Got to Be a Way,” “Anytime You Need A Friend,” “Bye Bye,” and “Fly Like A Bird”). Her voice on this is that of a confident victor who’s survived and picked up the pieces from the ruins of many life challenges.

For listeners that opt to purchase the deluxe edition, Mariah treats them to three additional songs, “It’s A Wrap,” “Betcha Gon’ Know” and “The Art of Letting Go.” Each assists in cementing the album’s motif – a jamming, reaffirming collection of music that has seen numerous delays, title changes and a significant amount of buzz. The album is no Emotions, or ‘Emancipation’ but achieves what it sets out to do. There is a sense that this album may be the comeback that Mariah wants and desires but the truth of the matter is she doesn’t really need a comeback at this point in her career – and as she laments on “The Art of Letting Go” – she may have already realized as much.

Me. I Am Mariah… The Elusive Chanteuse receives a PARL