Skip to content
Home » The Jagged Edge Era of Greatness: Our Interview

“One thing I feel that happens a lot on the urban side of music, not as much on the mainstream pop side of music is that if artists don’t come out for a few years, we forget that we loved them. This was not just some song I liked, but this was my favorite group in the world. I feel like the urban audience, we don’t hold our stars up like the pop audience do. Their stars will put out an album tomorrow and it will still be double, triple, quadruple platinum…”

When it comes to all-male R&B groups it’s hard to appreciate what the 90’s and 2000’s gave us, since there were so many that came out during the golden era of music. Plus, with dominant names that always come to mind like New Edition and Jackson 5 or even the Temptations and the O’Jays, the bar for greatness appears to be so high that it’s just about unreachable for any artists making music present day. However, when you think of records like, “Let’s Get Married,” “Promise,” “I Gotta Be,” “Good Luck Charm,” “Lay You Down,” “Walked Outta Heaven,” and countless album cuts that came along with their seven albums since 1997, shouldn’t we take a minute to access what greatness really is, if Jagged Edge isn’t considered under that umbrella?

2014 finds the four man group, which consists of twin brothers Brandon and Brian Casey, Richard Wingo and Kyle Norman, returning to their early formula for success with the So So Def powerhouse and executive, Jermaine Dupri once again by their side. They have also reunited with their original management team – Mauldin Brand Agency – to release J.E. Heartbreak II this fall, an album that speaks to today’s music industry, but remains true to delivering real R&B. 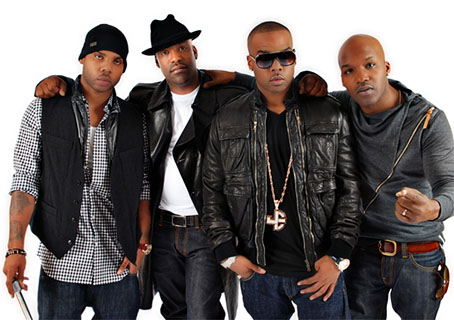 We recently had the opportunity to talk to the guys about their time in the industry, the success, the upcoming album, and their new single, “Hope.” Brandon did most of the talking, but all the guys were on hand to discuss the Jagged Edge Era of Greatness.

Parlé Magazine: When it comes to consistency and longevity, what do you think is responsible for your ability to stay in the game this long?
Jagged Edge: I think, and it’s my opinion, its melodies that you can sing, its topics that you can relate to, its lyrics that are clever and you almost find a little something different every time. I think all of that rolled up in one, plus we look like guys you can relate to. We don’t look like the typical R&B star that came before us and for women, we look like the guy you kinda into but he just the around the way dude. All of that has kept us relevant.

Parlé: So from entering the industry to where you guys are now, what do you think has been the biggest misconception about Jagged Edge?
Jagged Edge: That we on some thug sht. We never been on no thug sht, we just look how we look. People used to say R&B thug, but we ain’t never bought into that term, we ain’t never try to market it or sell it. We just feel like anybody, we a product of our environment. We look like where we come from. I’ma put it to you like this, for a long time Jagged Edge, we never made it to Essence Festival [finally performed in 2014], we never been to the NAACP Image Awards, and we always made songs like, “Let’s Get Married,” “Promise,” we made real love songs and I always felt in my heart of hearts that it’s because people felt that we thugs or cause of the way we look, but we not on that. We never promoted that, we about real R&B music. So honest to God that’s our biggest misconception.

Parlé: You guys have hooked back up with JD, you have the new single out titled, “Hope,” let’s talk about that, why did you feel that was the song to lead the comeback?
Jagged Edge: I think, when you sitting back and you not making records, you really are just sitting back like a spectator. But you hear people saying things about the state of music, and the state of R&B and you start to form your own opinions. I felt like and we all felt like, “Hope” is real R&B record. It’s not a Hip-Hop/R&B record, its real R&B, and when we listen to the radio, that’s what we miss. So we feel like, we gave the people what they missing.

Parlé: It’s been a few albums since you last worked with JD, and up to that last project The Remedy, Jagged Edge has released some hits, what do you say to people who might have missed some of those records that didn’t necessarily hit mainstream awareness but where still filled with great music?
Jagged Edge: First off I say, go back and get ’em. But I say this, one thing I feel that happens a lot on the urban side of music, not as much on the mainstream pop side of music is that if artists don’t come out for a few years, we forget that we loved them. This was not just some song I liked, but this was my favorite group in the world. I feel like the urban audience, we don’t hold our stars up like the pop audience do. Their stars will put out an album tomorrow and it will still be double, triple, quadruple platinum. We give a lot of ourselves in terms of artists who are really artists and not just entertainers. Artists whose music is really their life and their story and their soul, we give a lot of ourselves and all we really want you to do is check it out. If you down with a group or an artist and they’ve fallen off the radar, maybe your radar, sometimes you need to go looking for your group. Sometimes you just type in their name on the internet and see what’s really going on and then you’ll see albums like, The Remedy and like you said, with gems on that album.

Parlé: For people who might have missed it, even going further back with The Baby Making Project, that’s another quality project.
Jagged Edge: Thanks. We appreciate that. 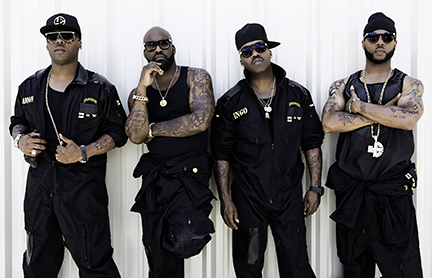 Parlé: For you guys, when you sit back and look at your career, what do you think is the greatest moment?
Brandon: Wow, I know that’s probably different for everybody, but the greatest moment—I can’t even put it to a moment—the greatest part, when you grow up there’s certain people you look at and you idolize and you think like they are so far from where you are. But then you come up and you on their same level or even bigger than them and they become your friends. That’s the real special thing about the music business, maybe all entertainment businesses.  It’s probably the same for basketball players and football players. That’s the greatest thing for me.
Kyle: I guess what Brandon was saying, we’ve met so many people who we respect in this music and now we hang out and we know each other name. It’s not just about the music, we respect them as friends and as people. Thinking back to when we won The Soul Train Awards, we won it over Destiny’s Child. Everything that was out there in terms of accolades, they was picking it up. So when we won that, it kinda solidified that we belonged here.

Parlé: Let’s talk about the new album. This upcoming JE Heartbreak Too album, what can fans expect from that?
Jagged Edge: They can definitely expect us, there won’t be too many cameos on that. They should expect the same thing they got from that first JE Heartbreak, but if you were to make that same album today, where 808 reigns, you know what I mean. It’s not all heartbreak, but what people go through in relationships, it’s all that.

Parlé: You guys have remained consistent in your years in the spotlight, not just with the music but with everything. There hasn’t been any member switches, no craziness, not even much gossip. How do you guys remain so tight knit and positive?
Kyle: We’re human beings, we have problems, but any problems we’ve had, we keep confined within our camp. Once you get outside this camp you don’t talk about what’s going on in here, you talk about other stuff. At the end of the day we keep it within ourselves. And that’s one of the reasons why we’re still here and we’re not one of those groups that you always hearing gossip about.

Parlé: We’re going to end with this one here. When you end it all, what do you want the Jagged Edge legacy to be?
Wingo: We always say that we want Jagged Edge to be a household name and we’re almost there. I think when people think Four Tops, Temptations, the super groups, we want Jagged Edge to come first.
Brandon: We also want people to know that for us, it’s always been about the music. So many times when an artist tries to get you into their music they tell you that, but for us, it’s really about the music. We never tried to go for acting or anything else. It’s not like we came into this group hoping for an opportunity to do something else, we came into this group to be Jagged Edge. And even if we do other things, it’s still about the music.