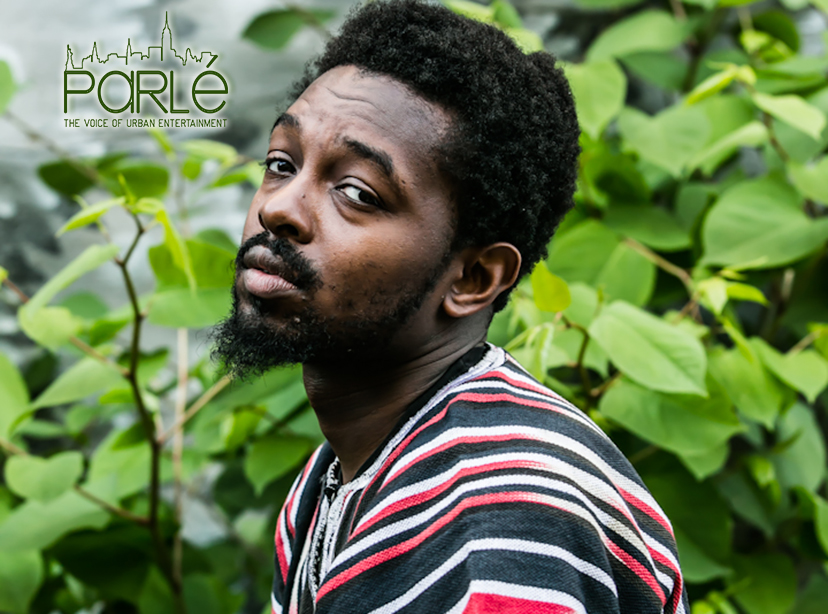 Harlem’s Own Emcee, Mandella Brathwaite aka Crimdella has stepped into the game with the intention of stirring the pot and making the blood boil in the veins of rap. As a man who grew up on the rough streets of Harlem, New York, his lyrics paint a picture of his life. His father was a legendary Black activist and a community organizer. His imagination is filled to the top with grittiness and vibrant tales from his favorite comic books.

He has taken it upon himself to translate the raw emotion that he’s lived through into a beautiful story of street poetry. His artistry tells of epic tales and documentaries that address the meaning of Black life in America.

Crimdella’s EP, Bury Me In Gold is a chance to bask in his lyricism, content and growth in music.  Produced entirely by MNDCFT, the project is set to speak volumes with audiences everywhere.

In my talk with him this past week, I learned a lot about his influences, his message and himself.  Here’s a look at our conversation.

Parlé Mag: Growing up in New York, you live in a city that’s one of the main focal points in the origins of Hip-Hop culture. What artists have inspired you to become who you have?
Crimdella: It’s so hard just to pin point one person. Probably DMX, Jay-Z and Nas. Of course, there are other smaller influences but none as big as them. You know there’s guys like Jadakiss and them but it’s nowhere near the same impact.

Parlé Mag: I feel that, when did you start rapping?
Crimdella: I was 12 years old but it got serious like six years ago. I’m putting major work now as opposed to how much effort I’d been putting way back then.

Parlé Mag: Why the name Crimdella?
Crimdella:  Well my original rapper name was Crimson and my real name is Mandella so I just put them together.  Plus a friend of mines would call me that in college.

I’ve been constantly schooled on lyricism, so that will always be a part of me  – Crimdella

Parlé Mag:  Comic books are a major influence for your writing, how so?
Crimdella: I guess it’s just the dramatics of the way I come up with my punchlines and all the witty things I say you know? Stuff like that. I’m very down to earth but I’ve always been very—stupendous I guess is the right word, when it comes to how I write stuff up like my references and topics.

Parlé Mag: Creativity is the key man, who is your favorite superhero?
Crimdella: Shoot man, right now it’s got to be between the Black Panther, Captain America and Thor. I used to be a huge Spidey head when I was younger.

Parlé Mag: I totally feel you, he used to be my favorite superhero growing up too. I was checking out some of your tracks, my favorite had to be “Black God Pantheon”, how did you come up with that name?
Crimdella: Oh, I created a New York based group called Black God Pantheon. Let me tell you how it went down, it all happened in a dream. My alter ego is Black ZeusX, that name came to me in the dream as well as the rest. BGP evolved later on and is now a collective full of New York artists, rappers and singers.

Parlé Mag:  If Black ZeusX is your alter ego, how is he different than Crimdella?
Crimdella:  He’s a spirit, and ancient ancestor that is here to remind me of my power.

Parlé Mag: You’ve done multiple events with End of Weak, talk to me about working with them.
Crimdella: Well it’s been wonderful every time. Baxter Words is a crazy talented MC and to have his respect is really an honor.  The crowd is dope too and I always feel like I leave those events with more inspiration, especially after watching so many talented up and comers bless the open mic portion.

Parlé Mag: Speaking of upcoming talent, NYC has been pretty quiet on that mainstream level for some time now, but we got some lyrical artists on the verge of breaking that trend with Joey Bada$$ and Dave East—being an artist have you felt any added pressure being an educated, lyrical rapper?
Crimdella: Nah not at all. Because the only pressure is to be myself.  The greatest artists are always themselves and for me I’m all about writing the songs that only I can write.  I come from a lyrical background. I have 5 older brothers and the oldest has 20 years on me. So I’ve been constantly schooled on lyricism, so that will always be a part of me.  But I’ve seen a hundred “lyrical” artists make boring music. I don’t ever want to do that!

Parlé Mag: On your Soundcloud bio it says your goal is to ‘make the blood boil in the veins of Hip-Hop’. What do you mean by that exactly?
Crimdella: I think you make blood boil when you help and do something only you can do. In that sense, you’re deviating from the normal ‘cause you’re just being yourself, you feel me? I’m here to do the music I want to do, the way I want to do it. Some people will love it and some people will hate it and that’s the reaction I want. 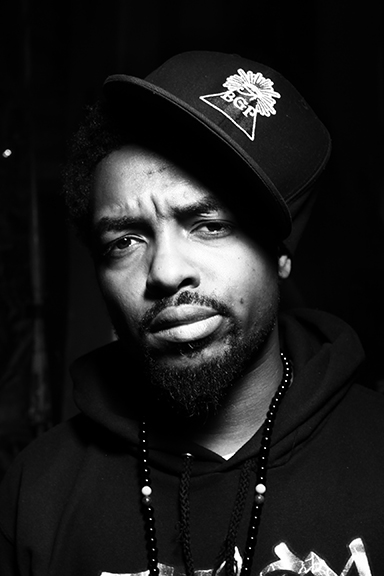 Parlé Mag:  Ideally, what’s the end goal for you in music? What’s success look like for you?
Crimdella:   Success for me looks like influence. Being able to live well off music and funnel that money back into our communities. I’d like to eventually help build programs that could give our young people the means to become more business savvy at younger ages.  I want the same stages that J Cole and Kendrick have.

Parlé Mag:  As a rising emcee, what’s the biggest challenges you’ve faced?
Crimdella:   Doubters, people will overlook you always. But you got to let it put that hunger in your belly.  Also, when I was younger I had motivation issues because I was doing a lot of this by myself and so it would become frustrating.

Parlé Mag:  Prior to this EP  what have you released and where can people find that music?
Crimdella:   Prior to Bury Me In Gold under the name Crimdella I have released an Mixtape called GODKING #ZeusXstyles, which was basically the culmination of series I did on YouTube called the ZeusXstyles, where I wrote and released a new song and video every month for about a year.

Parlé Mag: Mad respect man. Do you have anything to tell us about your new EP, Bury Me In Gold?
Crimdella: Released Friday, September 30th to commemorate the passing of my father.  That was his birthday.  Everyone on BPG is actually dropping an EP, each of them consisting of 7 songs to bring back the divinity of the number 7.

Parlé Mag:  Bury Me In Gold out now, how influential was your father to your music and what would he tell you about the project after listening to it?
Crimdella:  I would say my family as a whole is influential to my music because I mention them a lot. My father however was an activist and was never afraid to speak out and say what he felt.   I think that influences the way I make music and the way I made this project.  I think he would simply say that he is proud of me for using my voice in a positive way.

Parlé Mag:  Where can people cop the EP when it drops?
Crimdella:  You can go to Crimdella.com or simply go straight to Crimdella.bandcamp.com. I will also make it available on iTunes and Googleplay soon after.  And Spotify.

Singer/Songwriter PJ Shares Her Soundtrack For The Come Up