The kettle is getting a little too hot.  As of late, Kanye West has been in the media a whole lot—and not so much for the good stuff either. Early in the year, West dropped a jaw-dropping visual to his song, “Famous”, blowing everyone out of the water. With his usual out-of-the-box visionary antics, West featured nude wax figures of a number of celebrities including, Donald Trump, Amber Rose, Taylor Swift, Bill Cosby, and Caitlyn Jenner and even his wife and himself. But, two figures that stuck out in particular, and ruffled some feathers, were those of Ray J and Chris Brown.  The lifelike figures were an almost exact replica of the two singers themselves, leaving everyone to question what ‘Ye’s motive was exactly.

However, although we may have thought that it was water under the bridge, apparently, we were wrong. Ray J and Chris Brown have decided to throw some shots back. The 35-year-old, teamed up with Breezy to collaborate and deliver us a new song, ironically titled “Famous”. The song acts as a single from Ray J’s upcoming album, Raydemption—and, let’s just say, ‘Ye may not be too happy about his wife’s ex’s harsh commentary. 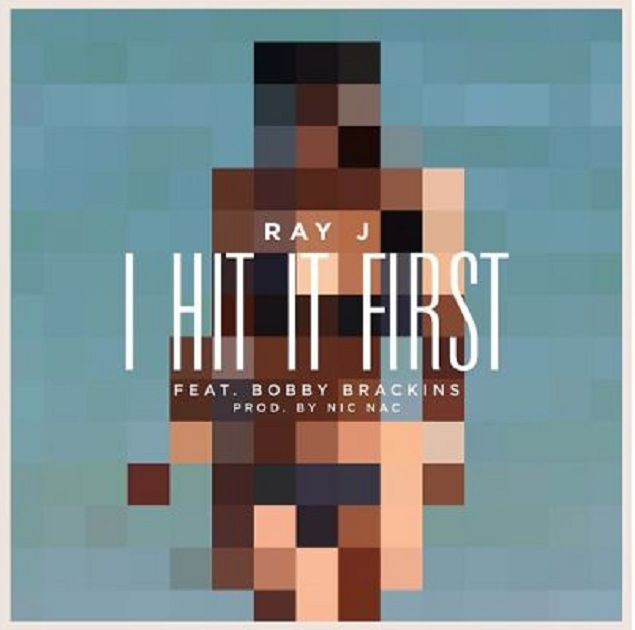 Watch The Ray J – “I Hit It First” Visual

“She fked me for fame. Look in her eyes; she was the first one to sign on the line. She was the real one to plan it all out. Look at the family, they walk around proud. All because she had my dk in her mouth.” He sings, in reference to the 2003 sex tape of Kim K. and himself back in 2007.

Is he implying that Kim K. exposed their sex tape herself? That’s definitely what it’s sounding like, but who knows.

Though the song directly speaks to Mr. & Mrs. West, Breezy takes a broader, not-so-direct approach with his lyrics, touching on an ex-girlfriend in the song.  However, it is not exactly clear if he’s speaking on Karrueche.  “I know that you cry when you’re going to sleep every damn night. I’ll f**k around and make another one famous.” He boasts over the Drumma Boy-produced track.

I think it’s feasible to say that these two most likely knew what they were doing and who they were speaking to with this diss track. Ray said it himself, with no shame, that his intentions were to respond to ‘Ye’s “Famous” visual.
According to Ray, the track was also made to address a variety of things happening—in the media and personally, surrounding the crooners.
What are your thoughts?

If you haven’t watched Kanye’s “Famous” video, check it out here:

Ashley Blackwell is an entertainment writer and social media content creator whose only goals are to keep soaring for success. Born in the bible belt of the south, Alabama, her passion for writing rapidly grew at an early age. With a strong imagination and a love for the pen, Ashley used writing as a platform to express herself. Starting out doing freelance lifestyle blogging, Ashley soon discovered her love for entertainment and pop culture. She then went on to write for a variety of popular online publications such as Baller Alert, Kontrol Girl—a sister brand to Kontrol Magazine, and Polish Magazine. She is now a proud writer, celebrity interviewer, and editor for Parlé Magazine. Aside from writing, Ashley enjoys music, reading, all things beauty, traveling, and spending time with her family.