The Essence Festival comes through each year with a stunning lineup of Black Excellence. Last year, attendees saw performances from festival-veteran Kendrick Lamar as well as big name headliners Mariah Carey and Maxwell.  The Essence Festival 2017 lineup was recently announced, and this year, the main stage on night one will be blessed by timeless soul diva Diana Ross. This year also boasts big performances from Mary J. Blige and John Legend, with Solange and Chance the Rapper on the final night.

It’s a packed first day. The much anticipated Ross opener on Friday will be accompanied by performances from John Legend, India.Arie, Gallant, Kelly Price, Moses Sumney and Yuna. Rhonda Ross, Doug E. Fresh, Emily Estefan, PJ Morton, Ro James and the Afrika Mamas are among the artists performing in the Super Lounges, getting festival-goers psyched for the rest of the three-day, two-stage event.

The Festival closes on Sunday with the aforementioned Chance and Solange, with additional headliners Trombone Shorty and Orleans Avenue, along with the No Limit original cast of Master P, Mystikal, Silkk the Shocker and Mia X.  Super Lounge performers for the final night are BJ the Chicago Kid, Daley, Elle Varner, Leela James, Shaggy, Sir the Baptist, Tweet and Chloe x Halle. 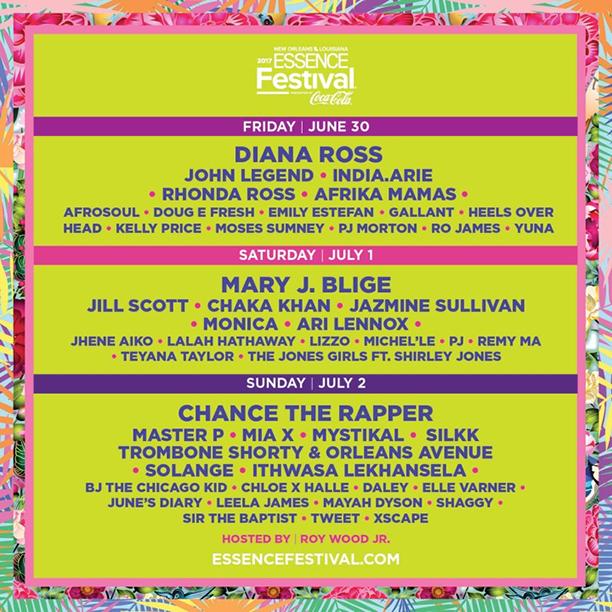 In case you can’t tell, it’s going to be a lituation – Black joy is so important.

Roy Wood Jr. from Comedy Central’s “The Daily Show” will serve as the Mainstage host for the weekend, with more surprise guest performances to be announced. 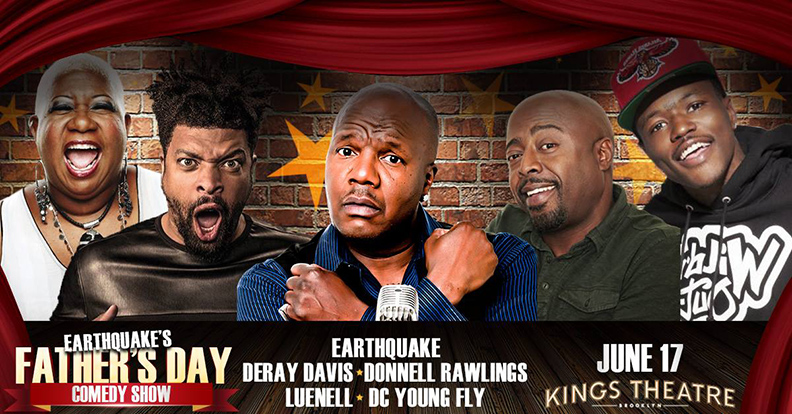