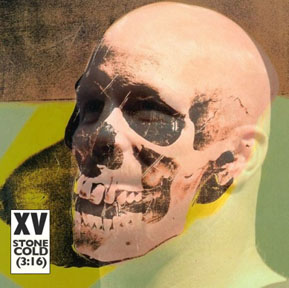 There are few greater pleasures than hearing rappers from out of the way locales hold down their hometowns on the beat.

Indeed, Nation Ruckus’ unflagging support for Montreal was a highlight of their album, and David Banner’s love for Mississippi helps him to stand out in the South, pulling his music out of the shadows of Atlanta, New Orleans and Miami. What is even finer, however, is when an artist reps their city with enough wit and skill that the gesture does not seem like shameless pandering to the locals or a feebly voiced anthem.

XV avoids that pitfall with “Stone Cold,” crafting a freestyle ode to Wichita, Kansas over Kendrick Lamar’s slinky “The Recipe.” Much like Stalley invokes images of his hometown of Massillon, XV brings Wichita to life through both keen observations and the normal freestyle fare, which he delivers with enough flair and flow so as to not come off as trite. Both rappers weave tales of small to midsize American cities, ones whose woes may not draw national sympathy but whose breakdown can be traced in every empty factory, meth lab and crack vial littered parking lot. The bustle and promise of the Big City lies Out There, over the horizon, where 700 miles away may as well be on Mars. Out here, in the Midwest, lay the silent victims.

The title comes from a play off of professional wrestler Stone Cold Steve Austin, whose trademark catchphrase, “Austin 3:16” coincides with Wichita’s area code. Following references to Barry Horowitz by Action Bronson and Val Venis by King Louie, it seems like the wrestling and rap affair will continue into the foreseeable future. It makes sense, really; who builds careers off of boasts and battles more than rappers and grapplers?